With the Court Approval of the T-Mobile/Sprint Merger, the Dominant Doctrine in Antitrust Has Jumped the Shark 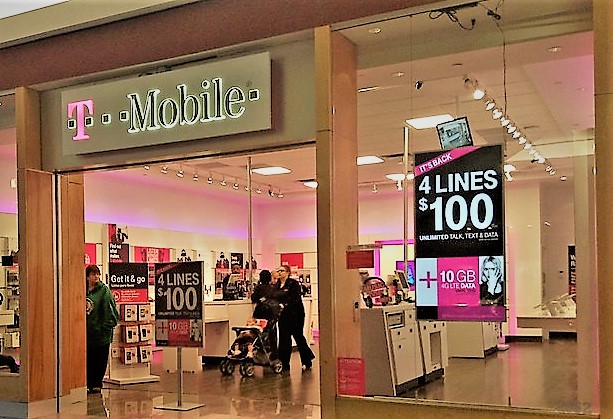 In season five of the sitcom Happy Days, the writers had the main character Fonzie jump over a shark while on waterskis, coining the term “jump the shark” to denote a moment when something that once made sense becomes stupid, irrelevant, and self-evidently ridiculous. That’s what just happened with libertarian antitrust doctrine. A New York Judge, Victor Marrero allowed Sprint and T-Mobile to merge in an already concentrated telecom industry. His decision is fascinating, mostly because it’s so badly done, and reveals, unwittingly, both the hollowness at the core of modern antitrust doctrine and why we see concentrated power across the American economy.

Just a warning here: I’m not going to do much merger analysis, you’ll just have to trust me that cell phone companies like money. If you don’t buy that underlying assumption, then the rest of this won’t make sense to you.

Why Prices Will Rise

From an industrial-organizational perspective, the problem with the Sprint/T-Mobile merger is obvious. Mobile phone services is a very concentrated industry. It has four main players, and the merger seeks to bring that number down to three. As John Kwoka shows, mergers in concentrated industries tend to raise prices, which is a no-no even under the narrow antitrust standards we have today. T-Mobile is what is called a “maverick firm,” challenging the industry with aggressively low prices. Going from four to three in a concentrated market, when one of the players merging is a maverick, is exactly what the laws against illegal monopolization are designed to prohibit. Yet Marrero cleared it.

The main evidence against the merger was that executives were going to raise prices. How do we know? Well, the head marketing executive from Sprint texted a colleague not only on how excited he was to raise prices after the merger, but how everyone in the industry would raise prices. As it turns out, corporations don’t like competition. Instead, they prefer money. I know: crazy, right?

Regardless of what you think about the industry, let’s look at the underlying logic of the judge. The Clayton Act, which is our main anti-merger law, prohibits mergers that may substantially lessen competition. There are various ways to understand what that means, like market share thresholds, but the gist of the law is that if there’s a reasonable chance a merger will reduce competition, especially in concentrated markets, it shouldn’t be let through.

Executives excited to hike prices would seem to be evidence of a good probability that it’s a bad merger.

Marrero’s view of how this would work out is different:

“In this Court’s view, in the intensely competitive and rapidly changing environment in which complex and dynamic markets operate, the anticompetitive business strategies and market effects Plaintiff States predict are unlikely…

Against a backdrop of T-Mobile’s longstanding business strategy as the self-styled maverick and disruptive Un-carrier, it would be counter-productive, even self-defeating, for New T-Mobile soon after the merger to invest, innovate, and improve network speed, capacity, and quality, or to refrain from offering products incorporating the most advanced technologies, enhanced content, and improved service plans, and ultimately to lower prices, as market dynamism would demand and more reliably predict. By embarking on the polar course Plaintiff States foresee, New T-Mobile would effectively imperil its own future.”

Marrero is claiming that US telecom incumbents, who pretty much face less competition that anyone in most of the industrialized world and are routinely cited for consumer protection violations, wouldn’t use anticompetitive tactics. He also just believes T-Mobile’s branding campaign—in which its CEO called the company “the Un-carrier” and wore magenta t-shirts—and imagines that this is the first merger motivated by altruism.

I’m being flip, but it’s just hard to take this decision seriously. At a certain point, Marrero contrasts the “market dynamism” of cell phones to other products, because telecom is complicated. By contrast, “milk is milk,” he wrote, comparing cell phones to what he imagines is a simpler product and thus a less “dynamic” market.

Marrero is fooled in two ways: He falls for the branding that products like cell phones, which are actually forty-plus years old, involve technology, and so he’s dealing with mystical wizards and not normal businesspeople. He also ignores genuine complexity, infrastructure, and technology in agricultural markets because he doesn’t realize that food isn’t actually grown in supermarkets. He understands milk because it’s, you know, milk, but cell phones are magic.

Believe it or not, none of what I’ve mentioned so far is the most notable part of the opinion. What’s even better is Marrero’s view of experts and the law. Here’s how Marrero frames the various paid experts testifying about the deal and the amount of homework everyone had to do:

“The qualifications of litigants’ specialists, impressive by the titles they have held and the tomes of their CVs fill, can be humbling and intimidating… Together, counsel and experts amass documentary and testimonial records for trial that can occupy entire storage rooms to capacity.”

He goes on to note how impressive all these wonks are with their mathematical models, complimenting the various economists and technical experts who educated him on telecommunications. And then he throws up his hands and says, well both sides have such experts, so I’m going to not care about any of it. You think I am kidding, but I am not.

“How the future manifests itself and brings to pass what it holds is a multi-faceted phenomenon that is not necessarily guided by theoretical forces or mathematical models,” he writes. “Instead, causal agents that engender knowing and purposeful human behavior, individual and collective, fundamentally shape that narrative.” The net of his argument is that courts should turn to their “traditional judicial methods,” which is to say, “they resort to their own tried and tested version of peering into a crystal ball.”

The evidence on telecom consolidation is clear: less competition means higher prices and worse service. But Marrero just shrugs. In point of fact, his decision comes down to his belief that the T-Mobile executives were good guys, or as he puts it, watching “their demeanor” at trial.

The great achievement of antitrust scholar Robert Bork, who structured our current pro-monopoly framework, was to subvert the law through the judiciary. This isn’t obvious, because Bork couched his arguments under the notion of bringing rationality and certainty to antitrust. “I use the word ‘science’ deliberately,” he wrote in one of his endless attacks on judges and prosecutors for trying to restrain monopoly.

Bork essentially persuaded policymakers of two things. One, that antitrust doctrine should be based on complex pseudo-scientific theories of economists, rather than traditional legal notions of equity and justice, or even basic common sense. It’s a science, and if you don’t know lots of math, butt out. Two, that antitrust law should be judge-made, especially if a judge wants to go easy on corporate concentration. If judges make law, then more democratic branches of government, like legislatures and regulatory agencies, lose power. Bork’s arguments were as much a theory of constitutional structure as anything else, a way to protect concentrated power from democratic checks.

And it worked. The reason we have concentrated power in our markets today in everything from cheerleading to movie studios is that Bork’s philosophy has been in practice since 1981. Judges have been persuaded by the libertarian notion that mergers are extremely complex scientific endeavors, and to stop a merger means to meddle with nature. Marrero has full-on bought into Bork’s ideas and revealed how stupid they actually are. Lest you think this is some partisan jab, it’s not—Marrero was appointed by Bill Clinton.

Judges are supposed to execute the will of Congress, and Congress has been clear four times, in 1890, 1913, 1936, and 1950, that the antitrust laws are designed to protect competition, small enterprise, and economic liberty. But here’s Marrero: “Adjudication of antitrust disputes virtually turns the judge into a fortuneteller. Deciding such cases typically calls for a judicial reading of the future.” But antitrust is not about turning Federal judges into central planning agents guessing about future economic outcomes. It should be about clear standards to block illegal mergers rather than judges being impressed with CEOs who wear magenta.

There is an upside, here, even though it’s a horrible decision. A random judge, based on his gut feel about a charismatic CEO, just concentrated a swath of the American economy, which will end up raising prices for consumers and hurt telecom employees, probably within a few years (and starting with people in poverty, since prices to them are less noticeable for elites). But in doing so, Marrero accidentally noted that Bork-style antitrust is basically just a ruse, an annoying multi-million dollar costume party of economic experts dressing up in fancy clothing carrying around big stacks of paper while a judge flips a coin.

In other words, his decision destroys the Bork frame that antitrust law is based on economic evidence. And that’s why we can expect Congress to begin reigning in the judiciary and putting forward clear bright-line rules on mergers. Judges should just not have this power. And I suspect that fairly soon, they won’t.

Editor’s note: A previous version of this article appeared in BIG, Matt Stoller’s newsletter on the politics of monopoly. You can subscribe here. Matt Stoller is the author of Goliath: The Hundred Year War Between Monopoly Power and Democracy and Director of Research at the newly-founded American Economic Liberties Project, profiled by David McCabe in the New York Times.