The Chicken/Egg Problem With Google Search That Prevents Competition 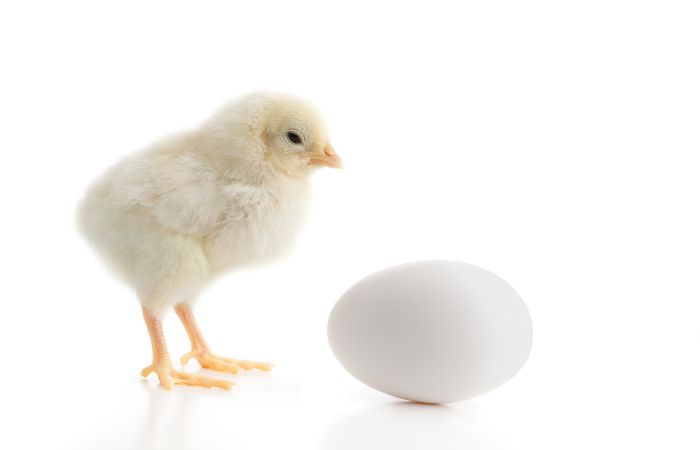 Google controls the British search market, according to the UK’s Competition and Markets Authority. Its 90 percent market share and profits from general search are protected by significant barriers to entry and expansion: economies of scale and scope, access to a large scale of query and click data and payments to Apple to have Google as the default search engine in its smartphones.

Following an extensive study, the UK’s Competition and Markets Authority (CMA) expressed concerns in December that Google and Facebook have grown so “large and have such extensive access to data that potential rivals can no longer compete on equal terms.”

This is the second post in a series on the status of competition in search, social media, and digital advertising markets. It explores the main preliminary findings of the large market study conducted by the CMA, as well as the antitrust condemnation Google received in France in December for abusing its dominant position in the French market for digital ads. Previous installments can be found here.

The CMA stated that Google controls the UK search market, with an estimated market share of 90 percent over the past decade. As mentioned in the previous post, the CMA also estimates that Google’s average return on capital in general search is around 44 percent, well above its estimated cost of capital of 9 percent.

The CMA study stresses how Google’s 90 percent market share and high profits in general search are protected by at least three very important barriers to entry and expansion:

Google spends billions of dollars annually on automated bots that index new and updated webpages. This requires large investments in servers and the development of algorithms but, once the infrastructure is in place, the cost of indexing another page is minimal. Also, once the page is indexed, the cost of using the index to provide different services is also low.

Economies of scale and scope are so important in this market that only Google and Microsoft have English-language crawling and indexing capabilities. All other, smaller engines such as DuckDuckGo or Ecosia buy syndicated searches from Microsoft Bing.

These data help create dynamic economies of scale and scope that allow for product improvement that is particularly relevant for unusual. The CMA found that around 15 percent of the daily queries that Google receives and 36 percent of the queries that Microsoft receives are new to the search engine (for example, a query about a recent political or sports event such as who won yesterday’s football game).

Search engines partially rely on user behavior to determine search results—if users click more on a given result after a query, it goes up the rankings. So, the more users a search engine has, the better its search results. Importantly, these uncommon queries become particularly important for consumers as they compare search engines and perceive relative quality.

Smaller search engines are stuck in what the CMA called a chicken-and-egg problem: they need users to improve their search results but users do not use them because their results are poor.

Google, through its control of Chrome, the Android operating system, and its large payments to Apple, becomes the default search engine on Apple’s devices. The CMA confirmed that Google pays Apple a percentage of its search revenue in exchange for such a position and that in 2018 this amounted to $1.3 billion in the UK alone (16 percent of Google revenues for the country). Current estimates are that Google pays Apple $12 billion annually for this preferred distribution position.

The CMA stated that users normally stick to their default search engine, as shown by data gathered by the agency regarding Bing’s penetration on desktops (see below). This creates another chicken-and-egg problem, as Google’s preferred access increases its profitability and allows it to displace competitors by paying more for the necessary distribution channels. Indeed, breaking this cycle was the reason why the EU’s Directorate-General for Competition (DGComp) is requiring Google to provide a choice screen for search engines on Android phones as of next March (one can only hope DGComp does a better monitoring job this time).

The CMA also said that while syndication agreements enable the existence of fringe competition in general search, they do not pose a material competitive threat to Google’s dominance in this market. In particular, the fringe is restricted in its ability to grow in general search results because it does not have its own indexing capability, cannot appropriate user data to improve their algorithms, and is restricted in developing enough scale to run a profitable advertising business.

The CMA describes how Google and Microsoft started their indexing back in 1998 and Google’s index currently has something around 500 to 600 billion pages, versus 100 to 200 billion by Microsoft. It would be very costly and complex for a new entrant to develop the necessary scale to displace Google in this market and, since Google refuses to sell syndicated search results, companies such as DuckDuckGo or Ecosia must rely on Microsoft to exist.

According to the CMA, consumers can be harmed by Google’s dominance in three different ways. First, Google has fewer incentives to innovate as innovation is costly and would eat up its profit margins. Second, Google may lower the quality of its products in different ways such as by collecting more user data, by increasing the number of search ads before it shows organic search results (something Google has been doing), or by displaying results from its own services before that of competitors even when users prefer competitors (the core of the antitrust condemnation against Google Shopping in the EU).

Finally, the CMA stresses how users may end up paying higher prices for goods and services as companies that rely on search to attract customers pay Google higher prices for ads than they would in a competitive market. These higher ad prices then increase the companies’ costs, and these are passed on to consumers as increases in prices for the goods or services they buy.

Share
Facebook
Twitter
Email
Previous articleWith the Court Approval of the T-Mobile/Sprint Merger, the Dominant Doctrine in Antitrust Has Jumped the Shark
Next articleAntitrust Law’s Current Stance Toward Workers Violates Its Original Purpose to Balance Power With Powerful Firms