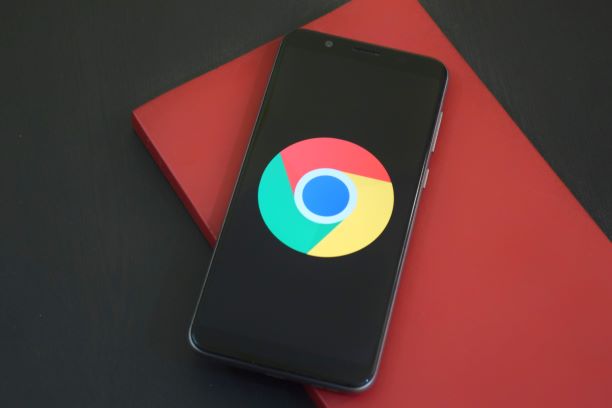 The Citizens United ruling contradicts the Founders, decades of Supreme Court precedent and the will of the American people.
Read more
News

Since July 2019, the UK’s Competition and Markets Authority has been conducting an extensive investigation of the digital advertising market. In its preliminary report on the investigation, the CMA expresses concerns that Google and Facebook have grown so “large and have such extensive access to data that potential rivals can no longer compete on equal terms.”

2019 marked the year in which digital advertising finally took the crown from TV and other legacy media both in the US and worldwide. Estimates point out that digital ads now account for 51 percent of the almost $600 billion spent globally on advertising, a percentage that should only rise with time.

This transition is noteworthy. Digital advertisement is not only responsible for almost all the income of giants such as Google and Facebook but is also the main or sole source of revenue for many innovative startups that operate in digital markets. These dynamics led to concerns that Google’s and Facebook’s clout might negatively impact competition in digital advertising and the markets that depend on it. For example, The Stigler Center Report on Digital Platforms, a careful analysis of digital markets prepared by a group of more than 30 independent scholars convened by the Stigler Center, indicated that it is becoming more important than ever to promote competition in digital ads as a way to spur innovation, diminish markups, and prevent consumer fraud.

Similarly, the “Unlocking Digital Competition” report (also known as the “Furman Report,” after panel expert chair Jason Furman), prepared by a group of independent experts commissioned by the UK Government to analyze the status of competition in digital markets, indicated a wide range of concerns regarding the digital ad industry—from lack of consent in data collection and processing to opacity and potential anticompetitive conduct. It called on the UK’s Competition and Markets Authority (CMA) to perform an in-depth analysis to understand the current competitive dynamics in this important industry.

In July 2019, the CMA answered the calls made by the Stigler Center report and other reports and launched an in-depth investigation of the status of ad-depending online markets in the UK. In December, the CMA published the interim report of their market study, titled Online Platforms and Digital Advertising. The entire report and its 13 appendices add-up to almost 1000 pages and are well worth reading, as it presents first-hand data collection and analysis beyond the capabilities of scholars (for example, the data indicate that less than 5 percent of users access Google’s privacy page and 85 percent of those who did spend less than 10 seconds on it—probably a misclick).

The CMA’s interim findings are discomforting and provide detailed information on how digital advertising markets are all but a duopoly controlled by Google and Facebook. Indeed, after extensive data gathering and analysis, the interim conclusions by the CMA are that Google and Facebook have grown so “large and have such extensive access to data that potential rivals can no longer compete on equal terms”.

This is the first installment in a short series that will explore the CMA study’s main findings, as well as the antitrust condemnation Google received in France in December for abusing its dominant position in the French market for digital ads. It must be stressed that the CMA’s findings are still preliminary. The agency is due to issue definitive conclusions and market recommendations when it releases its final findings in July.

Initially, the CMA surveyed the total amount of time British users spend online: an average of 3 hours and 15 minutes per day. Of these 195 minutes, more than a third is spent on websites controlled by Google and Facebook, as explored by the figure below: These findings are similar to those of the Furman Report, which found Google controls 92 percent of online searches in the UK, while Facebook controlled more than 70 percent of all time spent online in social networks over a long period of time.

The CMA then detailed how Google and Facebook are exploiting their market position to extract an increasing amount of economic rents from users and advertisers alike. For example, the CMA argues that both companies’ growing profits and large margins are well above what would be expected in a competitive environment. In particular, the CMA found that both companies’ profits have been increasing at a very fast pace over the last decade:

More importantly, in their core markets (general search and social media), Google’s and Facebook’s return on capital is 44 percent and 51 percent, respectively, significantly above their estimated average cost of capital of 9 percent, as calculated by the CMA.

There are two potential explanations why such extremely high market shares and markups can be found in online markets. A positive one would be that “competition is just a click away” and that these companies are much more productive and innovative than any competitor, so markups simply reward their better products. Another is that these companies are abusing their market power to extract rents and using anticompetitive conduct to protect their supra-competitive profits. Which of these two explanations is correct is a much-debated empirical question.

Many would expect that an antitrust regulator would simply protect its own work from criticism and hold that these firms are better because they are more productive. The CMA’s findings, however, are that lax antitrust enforcement is a major source of such abnormal market share and economic profits. Indeed, the CMA claims that both markets are protected by very high entry barriers that “if addressed through appropriate remedies (…) could profitably sustain competition between a number of” search and social media platforms.

Share
Facebook
Twitter
Email
Previous articleCan Google Mobilize Its Users to Lobby Elected Officials?
Next articleWith the Court Approval of the T-Mobile/Sprint Merger, the Dominant Doctrine in Antitrust Has Jumped the Shark