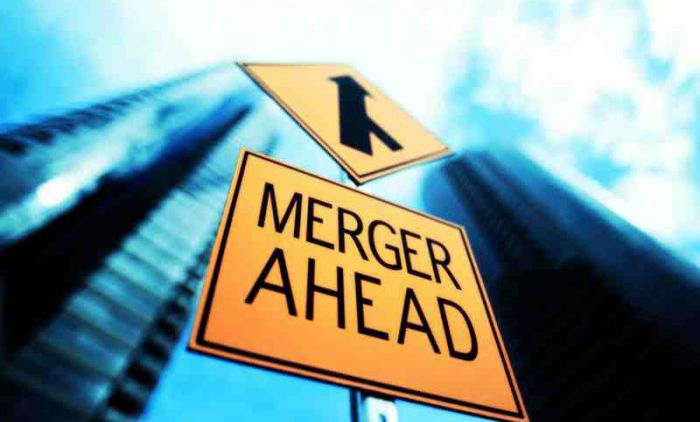 Chris Sagers
Chris Sagers is the the James A. Thomas Distinguished Professor of Law at the Cleveland State University and Faculty Director of the Cleveland-Marshall Solo Practice Incubator. He joined the faculty in the fall of 2002. He has taught courses in Antitrust, Banking Regulation, Business Organizations, Law & Economics, Administrative Law, Legislation and the Regulatory State, and a seminar concerning the theory of the firm. He has testified before the U.S. Congress and the Antitrust Modernization Commission. He is the author of Apple, Antitrust, and Irony (Harvard Univ. Press 2016), and Antitrust Examples & Explanations, co-author, with Theresa Gabaldon of George Washington University, of a casebook on business organizations from Aspen Publishing, and co-author of Sullivan, Grimes & Sagers, The Law of Antitrust, a leading hornbook. He frequently participates in important antitrust litigation, by consulting with plaintiffs and enforcement officials pro bono, and authoring briefs amicus curiae in federal courts of appeals. He is a member of the American Law Institute, a Senior Fellow of the American Antitrust Institute, and a leadership member of the ABA Antitrust Section. In 2015 he was awarded the University's campus-wide Distinguished Research Award for Faculty. The law school's alumni association has awarded him the Walter G. Stapleton Award for Faculty Excellence, and he has twice been elected Teacher of the Year by the students at large. Before joining CSU, Sagers practiced law for four years in Washington, D.C., first at Arnold & Porter and then at Shea & Gardner. He earned his law and public policy degrees at the University of Michigan and was an editor of the Michigan Law Review.

Of the eight or nine hundred antitrust claims each year, few are private merger claims, and almost all of them fail. That is why the case of Steves & Sons, a rare private merger challenge decided by a federal court in Virginia last year, holds larger significance for the future of US antitrust enforcement. Late last fall, a federal court in Virginia decided a genuine unicorn of a case, and it holds larger significance for antitrust enforcement.

Steves & Sons v. Jeld-Wen challenged the merger of two firms that make component parts for molded, synthetic interior doors. The plaintiff was a company that assembled the parts into the final product, and so it was a buyer of the merging firms’ goods. It challenged the merger to fend off higher prices for its inputs. The products at issue may have been extremely mundane—the sort of cheap, faux-wood products that define the American McMansion—but the issues of law were not.

The case is less significant for any of its specific legal rulings than as proof of concept. For a set of rarely discussed reasons, private merger enforcement holds several key advantages over the prospective government review that now comprises virtually the whole of American merger policy. Private claims can be brought retrospectively, meaning they can be based on concrete evidence of actual anticompetitive harm. They can also recover money damages. The government’s only remedy in antitrust is typically injunction, which in merger cases can leave the merged firms in full retention of ill-gotten gains. Private plaintiffs can secure not only money to compensate their injuries and divest supra-competitive profits, but under our antitrust law their damages are trebled. That hits defendants where they live.

So, though the one sort of enforcement is common and the other almost unheard of, they should be routine complements. That was in fact Congress’s design, at least as our Supreme Court understands the law. “Private enforcement,” the Court has said, “was in no sense an afterthought; it was an integral part of the congressional plan for protecting competition.” It also could be extremely lucrative for plaintiff attorneys, and so one might have expected the cases to be more common.

But plaintiffs essentially never bring them, and it is because they think the cases are too difficult, too expensive, and too risky. In particular where the victims are retail consumers, suits must be brought on a class basis, and thus for contingency fees. That means the lawyers themselves must front hundreds of thousands or millions in expenses and uncompensated attorney time, and then wait several years for the narrow possibility of some payout. Even where the injured parties are well-financed business firms, like Steves & Sons, they’re rarely eager to bear the cost themselves. The skepticism of plaintiff attorneys is moreover perfectly understandable, given the presently very difficult state of substantive merger law (as to which, see part III of this paper). Most of the private claims that are actually brought quickly fail.

But that is where a case like Steves & Sons comes in. If plaintiffs bring the right cases, meaning retrospective, post-consummation claims with proof of real-world price increases, they can expect outcomes like Steves & Sons comparatively often and without much more risk than they incur in the cases they now routinely bring. Promising cases should be relatively easy to find, and they have the potential to generate huge recoveries. In effect, plaintiffs are leaving billions of dollars on the table every year, and both consumers and the larger policy are hugely the worse for it.

Steves & Sons happened to involve fairly egregious facts. Defendant Jeld-Wen produces the plastic outer coatings for molded doors. Only a few American firms have ever made them, and in 2012 Jeld-Wen acquired one of the mere two competitors that then existed, resulting in merger to duopoly. There followed a fair bit of grossly, unapologetically anticompetitive conduct.

Shortly prior to the merger, Jeld-Wen negotiated long-term deals with its customers, giving them substantial protection from price increases for several years. That may not seem like the behavior of a would-be monopolist, but internal correspondence showed it to be a deliberate little ploy to ease antitrust approval. Following approval, things quickly deteriorated. Though its own input prices steadily declined, Jeld-Wen began demanding price increases and engaging in tactics to pressure its customers to acquiesce. Meanwhile, the only other US competitor announced that it would no longer sell to firms already served by a competitor, and Jeld-Wen made sure to communicate that message to its own clients. In the course of ensuing negotiations, its CEO told Steves & Sons that unless it agreed to higher prices, Jeld-Wen would be “total pricks” for the remainder of the contract.

By no means do the facts in a case have to be as one-sided as they were in Steves & Sons, since, again, retrospective private challenges have certain key advantages. Most importantly, government enforcement is almost always prospective—it happens before consummation, during the so-called Hart-Scott-Rodino merger review process—and so government must prove to a federal court that something bad might happen. That process, which has always been inherently difficult, has become continually more difficult as the federal judiciary has become more conservative.

Private parties suing retroactively are in a different boat. As in Steves & Sons, a plaintiff can put on evidence of actual injury. In fact, so long as data permit and the same products are still sold in reasonably comparable markets, injury can be estimated with difference-in-difference econometric study. That was the case in another important case called Messner v. Northshore University Health System, where Seventh Circuit certified a class of consumer plaintiffs who then secured settlement.

Moreover, good cases should be relatively easy to find. Acquisitions involving publicly traded firms must be reported in SEC filings, and some information is also produced by the antitrust agencies during HSR review. At a minimum, a case is surely a good candidate wherever an agency issues a second request. It will almost by definition be a horizontal deal involving very high concentrations in relatively simple product markets. Deals merit serious scrutiny even where the agency imposes some remedy, since remedies short of suit-to-block often fail.

Again, that was the case in Messner. There the Federal Trade Commission brought a successful post-consummation challenge to a non-reportable merger of two hospitals. However, finding it too late to justify a divestiture remedy, the FTC imposed a lesser conduct decree. The decree apparently failed, and a class of hospital patients were able to show through difference-in-difference study that the merger caused substantial, illegal price increases.

Every serious plaintiff practice should routinely review public data on pending mergers to identify candidates for challenge. For every significant horizontal deal, firms have the four-year limitations period to examine the details and run preliminary econometric surveys to see when significant price increases might be demonstrated.

The fact that substantial opportunity remains for private plaintiffs is not in itself a criticism of the federal agencies. It just shows that effective merger policy requires reinstatement of both of the two, complementary means of enforcement that Congress designed for it.

Share
Facebook
Twitter
Email
Previous articleAnnouncing the Participants in the 2019 Stigler Center Journalist in Residence Program
Next articleMaking Your Vote Count: Does the Voting Behavior of Asset Managers Truly Reflect Their Clients’ Interests?