Making Your Vote Count: Does the Voting Behavior of Asset Managers Truly Reflect Their Clients’ Interests? 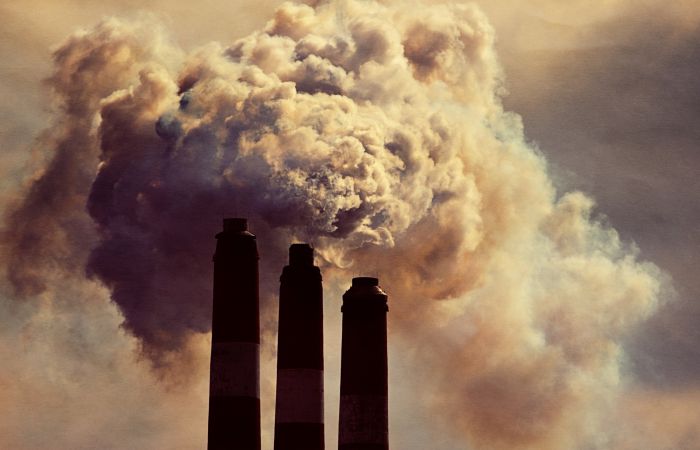 In the past five years, thanks to growing public pressure, there has been increased attention on the voting behavior of asset managers. As a result, change is already taking place.

BlackRock, Vanguard, Fidelity and American Funds, just to name a few, have considerable stakes in most US companies. The managers of these funds are supposed to exercise their vote in the interest of the ultimate investor. But do they? When it comes to environmental proposals, for example, most of these asset managers nearly always vote against. Why? Should we assume that all investors—even socially responsible endowments—do not care about the environment?

In the past five years, there has been increased attention on the voting behavior of asset managers—not only theoretically, but also empirically.

The table below was created in 2016 by Ceres (a non-profit sustainability advocacy organization based in Boston) and details votes cast by asset managers on climate-related proposals. These proposals often ask companies either to disclose certain environmental activities, such as their emissions, or to provide information on how the company will contribute to the globally-agreed 2 degree scenario.

In 2017, 90 climate-related proposals went to a vote at company meetings. While some asset managers voted in favor of almost all proposals (e.g., DWS and Allianz) others did not vote in favor of any (e.g., American Century, Cohen & Steers, Lord Abbett, Pioneer, and Putnam). Interestingly, BlackRock, Vanguard, Fidelity, and American Funds all voted in favor of a climate-related proposal for the first time. This development was deemed an important stepping stone because these four asset managers collectively own large stakes in many companies, and therefore their votes can have significant effects on corporate behavior (Ceres, 2017).

Financial institutions have been receiving significant pressure from the public. In the past decade, for instance, banks have been targeted continuously for their involvement in environmentally destructive projects. In February 2017, 700,000 people petitioned their banks to stop financing the Dakota Access Pipeline. In December 2018, 30,000 account holders petitioned Barclays to stop investing in oil pipelines from tar sands, dubbed the “dirtiest fuel on the planet.” Events like these have caused significant deposit losses and have encouraged operational changes in bank behavior (Homanen, 2018). Overall, bank-specific campaigns are increasing both in size and in number and show  no signs of slowing down.

While asset managers have not yet received as much public attention as banks have, tension is growing. For instance, at Exxon Mobil Corporation’s meeting on May 30th, Vanguard voted against a shareholder proposal titled “Report on Lobbying Payments and Policy.” The purpose of this proposal was to force Exxon to disclose its lobbying activities. This proposal was partially motivated by the corporation’s substantial influence on politics, as well as by their contributions to lobby groups and trade associations dedicated to climate denial. Vanguard voted against this disclosure requirement even though a public petition had been addressed to Vanguard by the Corporate Reform Coalition. In the petition, nearly 30,000 Americans called on Vanguard to hold companies accountable for political engagement. is what the petition said:

“Vanguard’s voting record on political spending and lobbying disclosure proposals is abysmal. It almost always votes against or abstains from voting for these proposals. A recent Public Citizen report found that if Vanguard alone had changed its voting in 2016 to support the political spending disclosure proposals, overall support for the proposals would have increased 2.48 to 13.68 percentage points and proposals at NextEra Energy Inc. and NRG Energy Inc. would have reached majority support.

Vanguard claims to act solely in its clients’ best interest and to be guided by a simple statement: “Do the right thing.” The recent shareholder meeting was a chance for the company to hear from its investors: the Americans who trust Vanguard with their retirement savings and who are also the company’s shareholders. Vanguard should listen to the over 27,500 petition signers plus the 65,000 Americans who have written to the company in the past and change the way they vote. As the second largest mutual fund in the country and an entity responsible for the retirement savings of so many Americans, Vanguard should “do the right thing” and support political spending and lobbying disclosure.”

Considering the number of people who signed the petition, one may wonder how long Vanguard can keep ignoring these demands.

Vanguard is not the only one facing public pressure. BlackRock CEO Larry Fink, reported the Financial Times, has been challenged by responsible investment campaigners to act more forcefully on climate change. BlackRock has recently been identified as the world’s largest investor in coal plant developers, holding shares and bonds in value of $11 billion in 56 coal plant developers across the world. There are now active campaigns against BlackRock and their involvement in environmentally destructive projects. While there is currently little public attention on Blackrock’s proxy voting behavior, it would not be hard to imagine such scrutiny developing over time.

Some argue that the asset management industry is too “opaque and confusing” for the public to understand and public pressure will never reach the level that it has against banks. Certainly, the complexity of these institutions may shield them from public scrutiny. However, even pension funds have been targeted for their socially undesirable investments (e.g., financing of cluster bombs), which ultimately led them to change their investment strategies. Surely, asset managers could face this type of criticism as well. Asset managers like Vanguard and BlackRock provide countless fund-based financial products, and if you care about how your fund votes on societally relevant issues, switching is not difficult. If clients switch funds, asset managers lose business, which ultimately forces them to listen. The same way banks lose depositors and pension funds lose pensioners, asset managers will lose their main source of revenue: the clients.

Can or will the proxy voting behavior of asset managers change? In the United States, under rules issued by the SEC, funds are required to provide a record called an “N-PX” report that shows how of how they voted; and if retail investors care about voting outcomes, they can search for this information. However, relying on a few proactive investors is not always an efficient way to scale up change. Could we reach a stage that goes beyond small scale individual activism, but which also does not necessitate a large public protest or petition? In 2016, Morningstar (a global investment research company) began assigning fund-level sustainability ratings that were based on the sustainability performance of the fund’s underlying portfolio companies, and researchers found out that capital flows were significantly reactive to these scores (Hartzmark & Sussman, 2018).

In other words, “bad ESG funds” lost customers. Imagine what would happen if Morningstar began providing ESG scores on fund stewardship practices, like voting behavior? This day might not be too far away. In 2018, Morningstar acquired FundVotes, a company specializing in fund-level ESG proxy voting data, suggesting that Morningstar might soon be evaluating funds based on their voting practices. Armed with this new possibility, it would become significantly easier for clients to actively judge funds and, once again, make their vote count.

Ceres (2016). Is Your Mutual Fund a Climate Change Denier or Climate Champion?