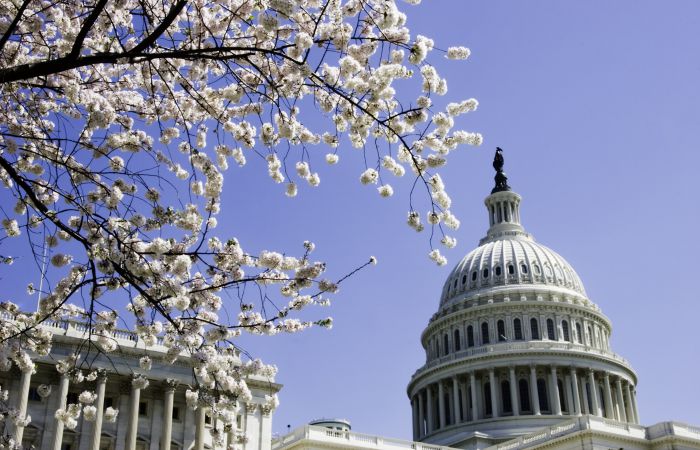 The “consumer welfare” approach to antimonopoly is the main contributor to the extreme and dangerous concentrations of power that Americans face today. In place of this vague, subjective, easily manipulated, and fundamentally corrupt framework, we propose a system of simple rules that is true to the original American approach to building and protecting an open and democratic society.

Today, extreme corporate concentration is the rule across a great variety of industries, from health care to agriculture to communications. This concentration of power poses numerous threats to the economic wellbeing of Americans, as monopolists drive down wages, jack up prices, and reduce quality and supply. Of even greater concern, this concentration poses grave threats to American democracy as these powers capture ever more control over media and communications platforms and markets, and over the government itself.

In establishing America’s antimonopoly system, the founders and Congress sought to protect us, as both citizens and economic actors, from dangerous concentrations of wealth, power, and control. For two centuries, they used simple rules—including common carriage, bans on vertical integration in banking and railroads, and programs to promote the wide dispersion of land—to limit the size, structure, behavior, and reach of corporations and to protect our democracy and our most basic liberties. But a generation ago, the executive branch and the courts began to adopt a radically different set of goals and methods. As a result, enforcers today typically decide the merits of any particular merger or corporate practice based on studies by neoclassical economists of the theoretical “efficiency” of some particular merger or business practice.

It is now overwhelmingly clear that this vague, highly subjective, and easily manipulated standard is a main, if not the main, source of the extreme and dangerous concentrations of power Americans face throughout the nation’s political economy.

In place of this flawed and ahistorical “consumer welfare” approach to antimonopoly we propose a system of regulating competition and structuring markets that is true to the original American vision for an open and democratic society. Congress, the executive branch, and federal antimonopoly enforcers and regulators can enact these “bright-line” rules through legislation, rulemaking, and policy guidance. Indeed, a number of new proposals already aim to establish bright-line limits on the size and practices of corporations. For example, Senators Klobuchar and Warren have, respectively, proposed specific prohibitions on corporate consolidation and on the behavior and structure of large digital platforms.

First, treat corporations in sectors that are natural monopolies or that have strong network effects in much the same vein as we treat public utilities. As such, mandate fair, reasonable, and non-discriminatory pricing and terms of service, and outlaw all such corporations from competing with their customers through vertical integration. Such rules will require public auditing of algorithms and direct public control over how personal data is gathered and used by these network systems.

Second, set clear limits on market share for mergers. The Department of Justice’s 1968 Merger Guidelines are a model for using such rules to protect decentralized market structures. They set out a series of market share tests for challenging horizontal, vertical, and conglomerate mergers. They also reject pro-merger arguments that hinge on theoretical increases in productive efficiency. Congress and the antitrust agencies under the next administration should either adopt the thresholds enumerated in the 1968 guidelines or lower them as they see fit. The following table shows the 1968 guidelines’ approach to identifying horizontal mergers that the DOJ would challenge in court.

Third, clearly and sharply limit the behaviors, practices, and licenses of corporations that control 25 percent or more of any national, regional, or local product market. To ensure that these dominant firms cannot use their power to block or disadvantage rivals, the Federal Trade Commission and sector-specific regulators such as the US Department of Agriculture and Federal Communications Commission should hold the following practices to be presumptively illegal:

Fourth, make durable monopoly illegal. The Federal Trade Commission and Congress should revive and enforce the principle established in United States v. Aluminum Company of America. Applying the logic of the decision, for example, a firm that controlled more than 80 percent of a market for five or more years and is not subject to public utility regulation should be held to be presumptively illegal and dissolved to create a more decentralized market structure. Further, enforcers should order such corporations to freely license all their technologies, along the model followed by the DOJ and FTC from the late 1930s through the 1970s.

Fifth, protect workers, professionals, small businesses, and all other powerless actors from antimonopoly investigations and prosecutions. Federal enforcers can move immediately to redirect their antitrust enforcement efforts to multibillion-dollar corporations, and must abandon all efforts to interfere with the right of independent actors to freely associate, including efforts to bargain collectively. To resolve vagueness in the present law, Congress should generalize the protection given to farmer cooperatives in the 1922 Capper-Volstead Act. It should grant workers, professionals, and small businesses (as defined by assets or revenue) the right to engage in coordinated activity, including collective bargaining and the building of cooperative businesses.

There are a number of other actions Congress and federal enforcers and regulators should take to buttress the bright-line approach to antimonopoly. This includes restoring the strength of the class action lawsuit, which allows ordinary Americans to hold corporations accountable. Another would be to outlaw abusive contractual terms. For example, the FTC should ban worker non-compete clauses across the board.

As Americans address the unprecedented challenges posed by 21st century information monopolists and other dominant corporations, it is vital to look to the principles and models of America’s rich antimonopoly tradition. From the first, effective antimonopoly policy has relied on simple, bright-line rules. Today again, a comprehensive set of simple structural limitations— implemented through legislation, regulation, and policy guidance—is critical to protecting our democracy and our most fundamental liberties.

Launched as an independent organization in September 2017, Open Markets uses research and journalism to expose the dangers of monopolization, identifies changes in policy and law to address them, and educates policymakers, academics, movement groups, and other influential stakeholders to re-establish the competitive markets that long formed the bedrock of American democracy.