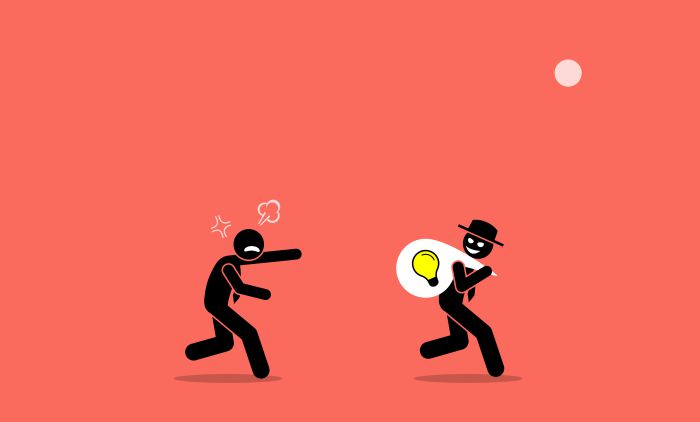 Ufuk Akcigit
Ufuk Akcigit is an associate professor of economics at the University of Chicago.

A new study explores the dual effect that non-practicing entities, commonly known as patent trolls, have on innovation and the market of ideas.

The discussion around Non-Practicing Entities (NPEs), deridingly known as “patent trolls”, has been heating up in the media and among policymakers in recent years. However, there has not been much systematic investigation into the effect these firms have on technological progress and innovation.

We define an NPE (or “patent troll”) as a firm whose primary source of revenue is patent licensing fees or patent litigation awards. Due to the fact that NPEs often act in secrecy, it is challenging to study their impact on innovation. In our joint paper with David Abrams and Gokhan Oz, “The Patent Troll: Benign Middleman or Stick-up Artist?” we explore two key roles NPEs can play in the market of ideas: benign middlemen and stick-up artists. We do this by building a new theoretical model, which we use to analyze an unprecedented dataset. The dataset provides details on all the financial and descriptive characteristics of tens of thousands of NPE-held and traded patents between 1987 and 2014.

NPEs can act as benign middlemen in reducing frictions in the patent market. As multiple papers have noted (Serrano, 2010; Khan, 2014; Akcigit et al, 2016), there is a large secondary market that reallocates patents from lower to higher valued users. This is not a new phenomenon. Inventors and firms have long used middlemen to sell their patents. Even in the 1800s, the secondary market of ideas had middlemen operating in it. William E. Simonds, a noted politician and lawyer, wrote a book in 1871 titled Practical Suggestions on the Sale of Patents that illustrated the importance of interacting with these “patent brokers.”

NPEs are also known today as stick-up artists. Although some scholars focus on the role of NPEs as middlemen, others note that NPEs often use their large legal resources to threaten litigation on potential patent violators (Cohen et al, 2016). This has stirred controversy, as many see NPEs as holding back innovation in the economy. Companies and individuals, the argument goes, may innovate less due to the risk of litigation from an NPE.

Which of these two roles, middlemen or stick-up artists, better suits NPEs? We test the roles of NPEs and their effect on innovation both qualitatively and quantitatively. We start by building a model that allows NPEs to have both roles. We then use the model to guide our empirical analysis. In the model, we establish five predictions which we verify in the data. The predictions are as follows:

Prediction 1: NPEs are more likely to buy patents from small firms. Moreover, this likelihood is more pronounced for litigation-prone patents.

Prediction 2: The likelihood of a patent sale to an NPE is higher for patents less core to the initial innovating firm’s business. Moreover, this effect is more pronounced for large firms.

Figure 1 illustrates a potential effect of the stick-up artist role. After NPEs purchase a patent, there is a fall in citations to the NPE-bought patent, suggesting a decline in downstream innovation in the field. There are fewer downstream firms building new innovations that reference NPE patents.

We uncover this by using a method common in economics, coarsened-exact match (CEM), to match NPE-bought patents to other patents that look similar before NPE acquisition. Then we track each patent for five years after the acquisition and look at the forward citations (new inventions building on the focal patent). We find a decline among NPE-bought patents. This decline is especially pronounced for high-value patents, as we see in Figure 1b. Patent citations fall by about 1.05 citations over five years; citations to NPE patents are 10 percent lower than the average patent in the pool. This may reflect firms becoming more concerned about building new innovations on top of the patents NPEs hold. However, this evidence is not conclusive to an overall negative effect of NPEs on innovation.

Even though NPEs induce firms fearing NPE litigation to reduce innovation, firms that want to sell their innovations to NPEs may innovate more. We refer to firms wanting to sell their patents to NPEs as “upstream” firms and firms fearing litigation as “downstream” firms. Upstream firms expected to have legal representation through an NPE or access to an NPE’s network may see higher returns from innovation. We quantify NPEs overall effect by embedding the facts previously discussed and information from the data and literature in a numerical exercise. This allows us to evaluate the scenarios under which NPEs have an overall positive and negative effect on innovation.

The overall messages that emerge from our analysis are as follows. First, we find evidence that NPEs can be beneficial in improving allocation of technologies to end users (benign middleman), but also use the patent system to threaten litigation on downstream firms (stick-up artist). Second, the existence of NPEs in the market for ideas could discourage downstream innovators and encourage upstream innovators.

Third, we show that the overall impact of NPEs on innovation is far from immediate, and depends on many forces in the market. A key question for understanding the impact of NPEs on innovation is what fraction of patent-infringing firms are innovators. On the academic side, researchers can further explore the role of non-innovators versus innovators in patent infringement. On the policy side, our work suggests that “patent trolls” need to also be understood in their multiple roles, instead of putting them into the single box of benign or malevolent.

Khan, B. Z.: 2014, “Trolls and Other Patent Inventions: Economic History and the Patent Controversy in the Twenty-first Century”. George Mason Law Review 21, 825-863.