The Greatest Anticompetitive Threat of Our Time: Fixing the Horizontal Shareholding Problem 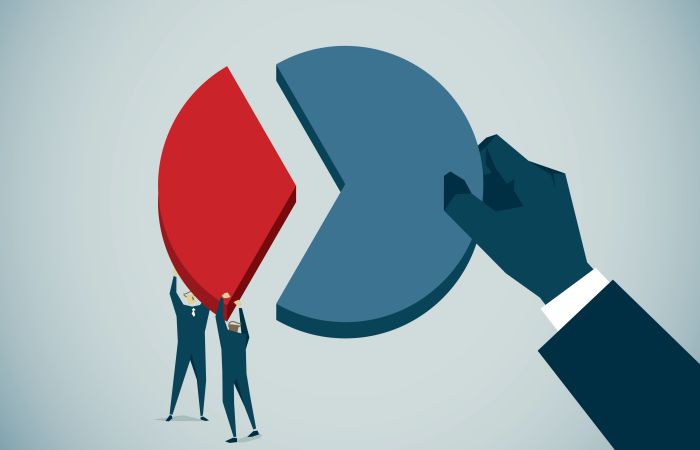 Einer Elhauge
Einer Elhauge is the Petrie Professor of Law at Harvard Law School and Founding Director of the Petrie-Flom Center for Health Law Policy, Biotechnology and Bioethics. He served as Chairman of the Antitrust Advisory Committee to the Obama Campaign. He teaches a gamut of courses ranging from Antitrust, Contracts, Corporations, Legislation, and Health Care Law. Before coming to Harvard, he was a Professor of Law at the University of California at Berkeley, and clerked for Judge Norris on the 9th Circuit and Justice Brennan on the Supreme Court. He received both his A.B. and his J.D. from Harvard, graduating first in his law school class. He is an author of numerous pieces on range of topics even broader than he teaches, including antitrust, public law, corporate law, patents, the legal profession, and health law policy.

Undisputed empirical studies confirm that horizontal shareholding poses a great anticompetitive threat. What can antitrust enforcers do about it? Quite a lot, in fact.

Editors’ note: In the last few weeks, the Federal Trade Commission has been holding a series of public hearings to discuss whether competition enforcement policies should be updated to better reflect changes in the US economy, namely market concentration and the proliferation of new technologies. The FTC hearings, which will be held throughout the fall and winter, cover topics as varied as privacy and big data, the consumer welfare standard in antitrust and labor market monopsonies. In order to provide ProMarket readers with a better understanding of the debates, we have asked a number of selected participants to share their thoughts on the topics at hand.

You can read all previous installments here. Horizontal shareholding poses the greatest anticompetitive threat of our time, mainly because it is the one anticompetitive problem we are doing nothing about. As I show in my new article, “How Horizontal Shareholding Harms Our Economy—And Why Antitrust Law Can Fix It,” this enforcement passivity is unwarranted.

As I detail in my article, a series of empirical studies have confirmed that horizontal shareholding has anticompetitive effects in concentrated markets. Although one of those studies has been disputed, the others largely have not.

One of the undisputed studies is a cross-industry regression analysis by Gutiérrez and Philippon which found that the gap (now historically high) between corporate profits and investment is mainly driven by the level of horizontal shareholder ownership in concentrated markets. Further, this new study found that, within any industry, the investment-profit gap is mainly driven by those firms with high horizontal shareholding levels.

Gutiérrez and Philippon’s undisputed study establishes a link between anticompetitive horizontal shareholding and the economy-wide lack of corporate investment that has contributed to low economic growth in recent decades. Indeed, it suggests that horizontal shareholding is a more important cause than other causes (like general macroeconomic, technological, or policy trends) that would operate similarly across industries and certainly across all firms within any industry.

Another empirical study by Azar, Raina, and Schmalz shows that horizontal shareholding harms bank fees and rates. Although critics argue that this study has been disputed by another study that found more mixed results, there is not much of a real dispute yet—the “contrary” study stresses that its results are preliminary because it relies on a data source with known irregularities that they have not yet investigated and corrected. Moreover, this contrary study tries to measure the effects of horizontal shareholding while excluding any information about bank market shares and concentration, which naturally makes the results more mixed. After all, economic theory indicates that even absolute horizontal mergers between some firms in an unconcentrated market are unlikely to affect prices.

The empirical dispute has focused on a study by Azar, Schmalz and Tecu showing that horizontal shareholding harms airline prices. But this finding has been replicated by critics even using their own re-construction of the data and measures of horizontal shareholding. Critics have negated airline price effects only by incorrectly altering the regression, such as by using an instrumental variable that is actually negatively correlated with horizontal shareholding or by incorrectly setting many shareholding rights equal to zero. Accounting for other critiques, like claims of endogeneity, imprecise market definition, or the effects of changing fuel costs, turn out to actually increase the estimated price effects.

Critics argue that we need clearer proof of the precise causal mechanisms. But the causal mechanisms are the same as the ones that law and economics scholars have always cited to explain how agency slack is limited: board elections, executive compensation, control contests, the stock market, and the labor market. As I detail in my article, each of those mechanisms is supported by copious evidence.

Second, critics argue that index funds who are horizontal shareholders in the airline industry also own stock in firms that buy from or sell to that industry (such as airplane makers and business travelers), which, they argue, should negate any anticompetitive incentives. But even the large index funds stressed by this argument externalize the lion’s share of anticompetitive effects onto buyers outside the index. Indeed, in the airline example favored by critics, the S&P 500 externalizes 95 percent of the anticompetitive effect outside of firms in the index.

Third, critics argue that index fund families lack incentives to exert the effort needed to influence corporate behavior in anticompetitive ways to increase portfolio value. But those critics are mistaken, because the anticompetitive gains are vast and the incremental effort costs are generally zero or negative, given that the index fund families have to decide what position to take on votes or management interactions either way and taking a position that does not pressure managers to compete more vigorously is likely to please them.

To be sure, the Clayton Act has a solely-for-investment exemption, but it exempts a stock acquisition from liability only if it both (1) confers no influence over the corporation and (2) fails to actually create anticompetitive effects. The exemption thus does not apply if anticompetitive effects are actually proven. Contrary claims that the Clayton Act applies only if a stock acquisition confers control or influence conflict not only with the statutory text, but also with six federal court opinions and the agency guidelines on cross-shareholding.

Anticompetitive horizontal shareholding is thus also illegal in all the other nations (including China) that ban anticompetitive concerted practices and/or abusing a collective dominant position via excessive pricing.

Even if we fail to directly tackle horizontal shareholding, its effects have important implications for traditional merger analysis. In particular, it lowers the concentration levels that traditional merger analysis can tolerate. Continuing to allow unimpeded horizontal shareholding would thus provide strong support for those who currently argue that antitrust law should be far more aggressive about preventing market concentration.

For more on this, check out the following episode of the Capitalisn’t podcast: