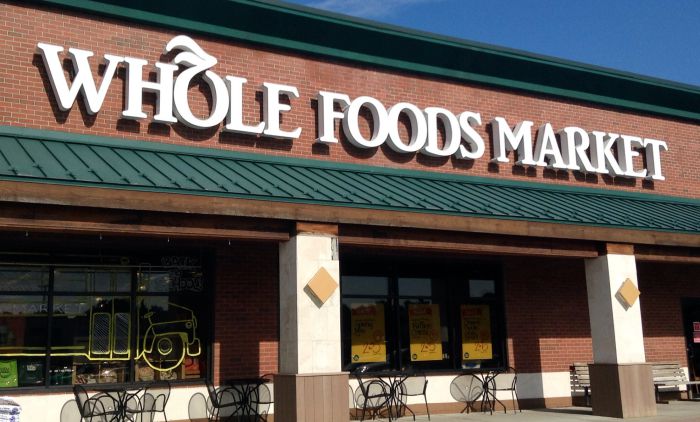 Adapted from What’s the Matter with Delaware: How the First State Has Favored the Rich, Powerful, and Criminal—and How It Costs Us...
Read more
Corporate Governance

In 2019, more than 100 CEOs of US public companies signed a Business Roundtable statement in which they pledged to deliver value...
Read more

A new study finds that firms connected to members of the House and Senate judiciary committees are more likely to receive favorable merger reviews.

The swift approval of the Amazon-Whole Foods merger has once again raised concerns regarding the effectiveness and transparency of U.S. antitrust policy, particularly when it comes to merger reviews. Despite widespread calls for increased scrutiny of Amazon’s purchase of Whole Foods and fears that it would harm competition, the Federal Trade Commission quickly approved the deal, which was first announced in June. Its approval was marked by a brief statement, composed of no more than three laconic paragraphs.

Concerns over a lack of transparency in merger reviews have been increasingly raised in recent years. “There are few government functions outside the CIA that are so secretive as the merger review process,” said Seth Bloom, the former general counsel of the Senate Antitrust Subcommittee, to ProPublica in 2016. These questions also helped fuel concerns that U.S. antitrust policy is increasingly vulnerable to pressures by powerful firms. “Antitrust authorities, no less than regulatory authorities, are vulnerable to capture by the collective interests of groups having the most salient stakes in antitrust law enforcement outcomes,” wrote William F. Shughart II in ProMarket earlier this year.

All significant U.S. mergers are reviewed by the FTC or the Department of Justice. Antitrust regulators, in turn, are overseen by two congressional committees: the House Judiciary Committee and the Senate Committee on the Judiciary. In their paper, Mehta, Srinivasan, and Zhao examine whether firms are able to influence merger review outcomes through their connections to members of these congressional judiciary committees.

What they find is that when firms enjoy powerful political allies in the judiciary committees, they are more likely to have favorable antitrust outcomes. Mergers involving firms linked to members of these committees are indeed more likely to be reviewed favorably by antitrust enforcement agencies. These mergers tend to have shorter antitrust reviews, and are less likely to encounter restrictions or other regulatory obstacles, according to the study. Moreover, the authors find that the effects of political connections are more pronounced in mergers that are the most likely to be contested by antitrust regulators: the ones most likely to have anti-competitive effects.

Mehta, Srinivasan, and Zhao rely on a sample of U.S. mergers that occurred between 1998 and 2010. Within those years, they identify the mergers that were most likely to have anti-competitive effects: mergers that would more likely have adverse effects for consumers or lead to a reduction in competition. These mergers, they argue, would benefit most from political intervention, since they were more likely to encounter objections from antitrust agencies.

Connections between politicians and their constituent firms—firms headquartered in states and districts of judiciary committee members—they explain, can manifest either through political contributions, lobbying, or previous business relationships. Politicians, explains Mehta, have a number of different levers by which they can influence antitrust enforcement agencies: “One is potentially taking away funding [from antitrust agencies]. The other is holding congressional hearings, forcing antitrust regulators to come, and constantly giving feedback, interrupting their ability to focus on their work. Another is the nomination process—the Senate has to confirm the attorney general and the commissioners of the FTC.”

“In economic terms, a one standard deviation increase in the seniority of an acquirer’s (target’s) judiciary committee representation is associated with a 12.1 percent (8.1 percent) decrease (increase) in the probability that a high scrutiny merger application receives an early termination decision, relative to other review outcomes.”

“We looked at other committees, ones that have nothing to do with antitrust, and saw that there’s no effect there. So this is not driven by powerful politicians, but by politicians in these committees.” says Mehta. “These two committees have the ability to influence antitrust regulators—other committees don’t.”

Another way to provide causal evidence about the effect of political influence over merger reviews is by examining what happens when a member leaves the judiciary committee. In the two years following a departure of a connected politician, the authors find, the treatment that firms receive when it comes to merger reviews changed: the review process became much longer, and outcomes were far less favorable.

The authors could not determine if the favorable merger reviews are the result of explicit efforts by committee members to influence antitrust enforcers, or because antitrust enforcers anticipate the preferences of politicians and act accordingly. Nevertheless, they write, the favorable treatment given to firms with political allies within the committees shows a “previously unidentified channel through which political relationships can benefit corporations.”

“The biggest takeaway, I think, is that the antitrust regulators are not necessarily fully able to provide independent recommendations about mergers,” says Mehta.

Share
Facebook
Twitter
Email
Previous articleBo Rothstein Explains Why He Resigned From Oxford Over Donor's Link to Donald Trump
Next article“A Slow, Creeping Consolidation of Power by Big Money Over Think Tanks in the United States”