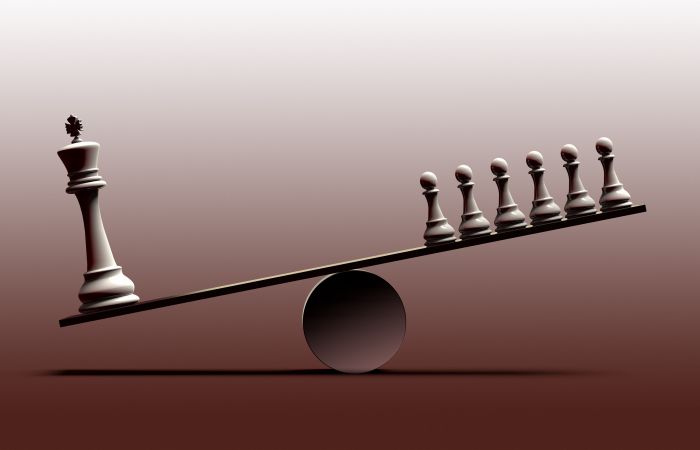 Productivity growth—a necessary (though not sufficient) condition for rising incomes in the long run—has slowed since 1973, growing at a 1.8 percent annual rate, as compared to a 2.8 percent annual rate in the 25 years prior to 1973. At the same time, inequality in the United States is higher and, in recent decades, has risen faster than in other major advanced economies. In 2014, the top 1 percent captured 18 percent of income, up from 8 percent in 1973. These two major trends have been the major causes of the slowdown in income growth for the median household.

These dual trends—that is, the slowdown in productivity growth and the increase in inequality in recent decades—have many distinct sources, but insofar as they have some causes in common, there is the potential to address these causes in ways that simultaneously improve efficiency and equity. To this end, the evidence that a rise in rents is contributing to both phenomena is important. Classic examples of rents include monopoly profits and the unearned benefits of preferential government regulation. Rents can result from abuses of market power, and they tend to encourage “rent-seeking behavior”—that is, the unproductive use of resources to capture such rewards. In explaining rising inequality, rents could play a role either to the degree that they are increasing and being captured by capital or by high earners, or to the degree that the division of rents is becoming increasingly unequal.

Although definitive data are scarce, considerable evidence at the macroeconomic level supports the existence of growing rents, and a number of microeconomic examples illustrate the point as well.

One important piece of evidence that rents are on the rise in the United States is the divergence of rising returns to capital and declining real interest rates. In the absence of economic rents, the return on corporate capital should generally follow the path of interest rates, which reflect the prevailing return to capital in the economy. But over the past three decades, the return to productive capital generally has risen, despite the large decline in yields on government bonds.

Other firm-side evidence points to an increased prevalence of supranormal returns over time. Between 1997 and 2012, market concentration increased in 12 out of 13 major industries for which data are available, and a range of micro-level studies of sectors including air travel, telecommunications, banking, and food-processing have all produced evidence of greater concentration.

The fact that variations in the rate of return to capital have increased enormously across firms may also at least partially reflect increased concentration and the role of economic rents. Finally, there is evidence that land-use regulation may also play a role in the presence of increased economic rents, decreasing housing affordability, and reducing nationwide productivity and growth by restricting supply.

Recent work by the Council of Economic Advisers has focused on the influence of economic rents in a number of areas. For example, our work on occupational licensing has focused on how the share of the U.S. workforce covered by state-level occupational licensing laws grew five-fold in the second half of the 20th century, from less than 5 percent in the early 1950s to 25 percent by 2008. In some states, one must obtain an occupational license to work as a florist or an interior decorator. Although licensing can play an important role in protecting consumer health and safety, there is evidence that some licensing requirements create economic rents for licensed practitioners at the expense of excluded workers and consumers—increasing inefficiency as well as potentially increasing inequality. Our work on the housing sector, meanwhile, has highlighted how land-use regulation may also play a role in the presence of increased economic rents. In the absence of barriers to mobility, we would expect to see gaps in income across states shrink over time as workers move from low-income to high-income states. But as shown in the figure, states with a more constrained supply of housing—including from tighter land use regulations—have experienced a substantial decline in the speed of income convergence, and they have had hardly any convergence at all over the last 20 years. This is consistent with the fact that only high-income workers are able to afford to relocate to high-productivity cities that have tight land-use regulations, which reinforces existing inequality. True, certain land-use restrictions can serve legitimate, welfare-enhancing purposes. But when they are excessive and primarily geared toward protecting the interests of current landowners—including their property values—they decrease housing affordability, hamper mobility, and reduce nationwide productivity and growth.

What makes the recent trend of decreased competition in both product and labor markets concerning is that this trend has occurred at the same time that a longer-term trend of reduced dynamism in the labor market and among firms is taking shape—suggesting that these barriers may be playing a role in both increasing inequality and reducing productivity growth. In particular, although the United States historically has been very successful in new firm formation and growth, the trend in recent decades has been in the wrong direction: entry rates are falling, with a commensurate increase in the average size and age of firms. A range of measures of labor market fluidity—including rates of job creation and destruction, the likelihood of employee shifts between industries and occupations, and interstate mobility—are down as well. The good news is that to the degree that the “rents” interpretation is correct, it suggests that it is possible to reduce inequality and promote productivity growth without hurting efficiency by changing how rents are divided—or even that it is possible to do both while increasing efficiency by acting to reduce rents in the economy. Policies that raise the minimum wage and provide greater support for collective bargaining can help level the playing field for workers in negotiations with employers, in turn changing the way that rents are divided. Measures that would rationalize licensing requirements for employment, reduce zoning and other land-use restrictions, appropriately balance intellectual property regimes, and change the incentives that have led to the expansion of the financial sector as a share of the economy would all help curb excessive rents.

Additional measures that would reduce the scope and unequal distribution of economic rents include the promotion of competition through rulemaking and regulations, as well as the elimination of regulatory barriers to competition. A recent Executive Order signed by the President aims to do just that, by instructing departments and agencies of the federal government to identify specific actions that they can take to foster greater competition in the marketplace, with the actions grounded not in traditional antitrust enforcement (which is a law enforcement issue) but in a broader space that includes policies like freeing up set-top cable boxes from being tied to cable providers and freeing up more airline slots at airports.

The bad news, however, is that rents have beneficiaries and these beneficiaries fight hard to keep and expand their rents. As a result, political reforms and other steps aimed at curbing the influence of regulatory lobbying are important for reducing the ability of people and corporations to seek rents successfully. Such actions would help ensure that economic growth in the decades ahead is robust, sustainable, and widely shared.

(Note: Jason Furman is the 28th Chairman of the Council of Economic Advisers, a role in which he serves as President Obama’s Chief Economist and as a Member of the President’s Cabinet. This post originally appeared in RegBlog, an online source of regulatory news, analysis, and opinion affiliated with the Penn Program on Regulation.)