How to Get Police Reform Done? Use Direct Democracy 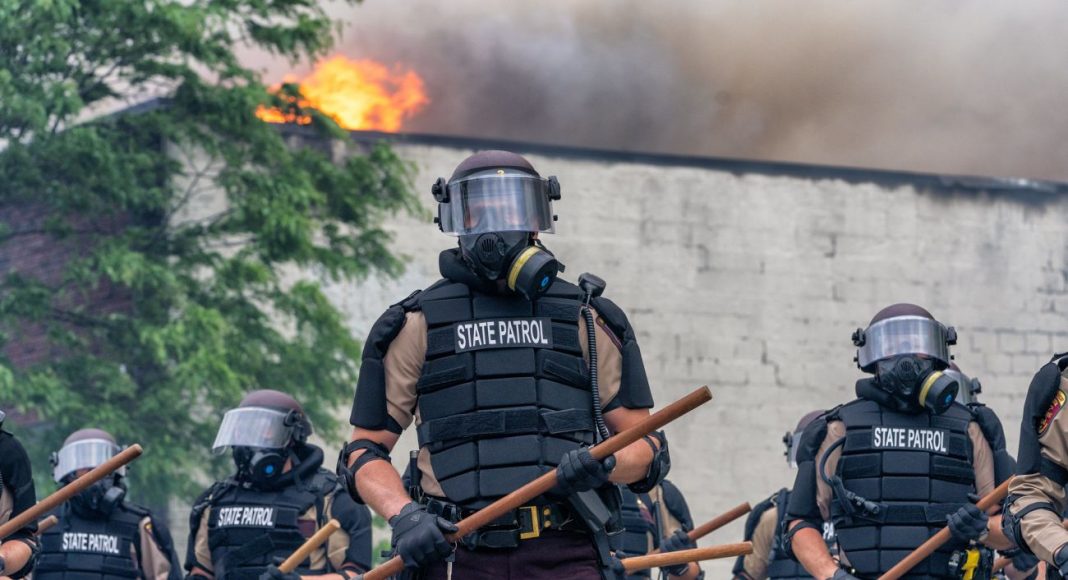 John G. Matsusaka
John G. Matsusaka is the Charles F. Sexton Chair in American Enterprise in the Marshall School of Business, Gould School of Law, and Department of Political Science and International Relations at the University of Southern California. His research focuses on political economy and corporate government, in particular on direct democracy and representation. He teaches classes on corporate finance, corporate governance, political economy, and microeconomics. His research has been published in leading journals in economics, finance, political science, and law, and he is the author of two books, most recently, Let the People Rule: How Direct Democracy Can Meet the Challenge of Population (2020).

Instead of just imploring their representatives to fix things, Americans can use the tools of direct democracy to take charge and promote meaningful policing reforms themselves.

Thousands of Americans have taken to the streets to press their elected representatives to reform their police systems, but can we trust the same officials who constructed and oversee the current system to fix it? Fortunately, we don’t have to: in most cities, citizens have the option to change the laws themselves using citizen initiatives, a powerful form of direct democracy.

Initiatives work like this: First, a citizen group with a reform idea drafts a law that instantiates it. The group then files the appropriate paperwork with the city clerk to begin the petition process. It then collects signatures from the community, using volunteers or with the help of a petitioning firm. Each city has a required number of signatures; 5 to 15 percent of the number of votes cast in the preceding mayoral election is common.

Los Angeles, one of the biggest cities, currently requires about 60,000 signatures (15 percent of registered voters), while Minneapolis requires about 10,000 to propose a charter amendment. If the requisite signatures are collected, the proposal goes on the ballot at the next election, where, if approved by a majority of voters, it becomes law.

Although often overlooked, the initiative process is available in 82 percent of the country’s 1500 largest cities, and 9 of the 10 largest (Chicago is the undemocratic exception in the top 10.) It is also common in other countries across the globe, most famously Switzerland, but also Germany, Uruguay, and Taiwan, to name a few other countries.

Adopted by states and cities in the early 20th century, the initiative process was designed in large part to counteract the influence of special interests. It was supported by reformers of both parties, including two presidents: Republican Theodore Roosevelt and Democrat Woodrow Wilson. The purpose of the initiative, said Roosevelt, is so that “if the legislatures obey the command of some special interest, and obstinately refuse the will of the majority, the majority may step in and legislate directly.”

When we think of special interests, corporations usually come to mind, but police unions are the most powerful interest group involved with laws concerning police. Minneapolis mayor Jacob Frey called this fact “the elephant in the room”—that the country’s dysfunctional state of policing is related to the outsize political clout of police unions. The police unions’ political muscle has been able to block creation of independent offices to investigate misconduct, limit the ability of prosecutors to investigate misconduct, keep misconduct records hidden, and maintain procedural rules that make it difficult to investigate claims against officers.

The power of police unions stems from their ability to raise money, deliver a block of votes, and issue endorsements that can make or break candidates. Just this May, a local police union poured $350,000 into a successful effort to recall Cecilia Iglesias, a city councilor in Santa Ana, California who had opposed union demands for a pay increase in the midst of the city’s financial crisis. Iglesias complained that her colleagues were too eager to accommodate union demands because “voting yes means they get their next campaign photo taken with a police officer—along with the high-dollar support” during the next campaign.

Initiatives allow citizens to bypass the influence of special interests on elected officials. By writing their own laws, citizens can propose a policy with teeth, avoiding a watered-down compromise that might emerge if the law is written by legislators after lobbying by police unions. Research shows that initiatives are effective in bringing about change, especially when change is opposed by incumbent politicians or powerful interest groups.

The recent spread of marijuana legalization laws is a good example, where it is hard to imagine elected officials going down that path on their own. We can also point to successful initiatives on the minimum wage, term limits, tax cuts, and nonpartisan redistricting, among many others.

In addition to reducing interest group influence, direct democracy alleviates another problem with representative democracy: our elected officials don’t necessarily know what reforms are best. Because a small group of representatives can’t fully understand the diversity of concerns in any broad community, too often policies end up reflecting the views of elites that have the ear of decision makers while less-connected groups are ignored.

It might sound counterintuitive to turn to the general electorate for expertise, but the people ultimately are at the receiving end of the police system, both in terms of its intended benefits and its costs when things go wrong. They know more, collectively, about what does and does not work than any small group of representatives; an initiative election is way to tap into their collective wisdom.

Direct democracy also improves civic values. Research shows when initiatives are commonly used, citizens are more engaged, more informed about politics and government, feel more efficacious, and trust government more. The reason is that initiative campaigns put the issue before the voters in a clear and transparent way, lets them hear the arguments from different sides, and forces them to make a decision on actual laws that will impact their lives, unlike the legislative process, in which key decisions are made in back rooms with secret side deals.

Direct democracy also minimizes the danger of “mob rule,” demagogues inciting the masses to rash and harmful actions, a longstanding concern of democracy scholars. While the protests have admirably focused attention on the problems, the protestors aren’t charged to represent the general public in discussing solutions; it would be undemocratic to allow their demands to dictate policy without input from the broader electorate. By holding a vote and requiring advocates to secure majority support, direct democracy ensures that a potential reform has broad appeal to the community, winnowing out extreme proposals from all sides.

But the main point is that we will get better policy by engaging the people in making important policy decisions instead of consigning them to watch from the galleys while politicians decide their fate. Empirical research finds that initiatives bring about laws that are better aligned with the preferences of citizens than laws passed by elected officials, and there is evidence specifically showing that the initiative process curtails the power of business interests and limits the ability of public employee unions to secure favorable policies.

This is not to disparage the political activity of government employees—like all Americans, they have a right to try to elect politicians of their choice and influence those who are in office. It is not fair to blame them for being effective at protecting their interests. Nor is it to dismiss the value of police unions, which play an important role in improving wages and working conditions for their members.

It is important to recognize, though, that police unions have certain organizational and informational advantages over the general public that make them potent politically compared to the unorganized mass of ordinary citizens. The initiative process levels the playing field, allowing citizens to ensure their interests get due consideration in policy decisions.

The murder of George Floyd, on top of other disturbing instances of police misconduct, has convinced many Americans that something is wrong, and they seem ready to consider changes to our police systems. Why not go beyond just imploring our representatives to fix things, and use the tools of direct democracy to take charge of the reform agenda ourselves?

To Learn More: Descriptive information on direct democracy provisions across the country can be found at iandrinstitute.org and ballotpedia.org. Matsusaka, Let the People Rule (2020), and Matsusaka, “Direct Democracy Works,” Journal of Economic Perspectives (2005), review the scholarly evidence and discuss benefits and costs.