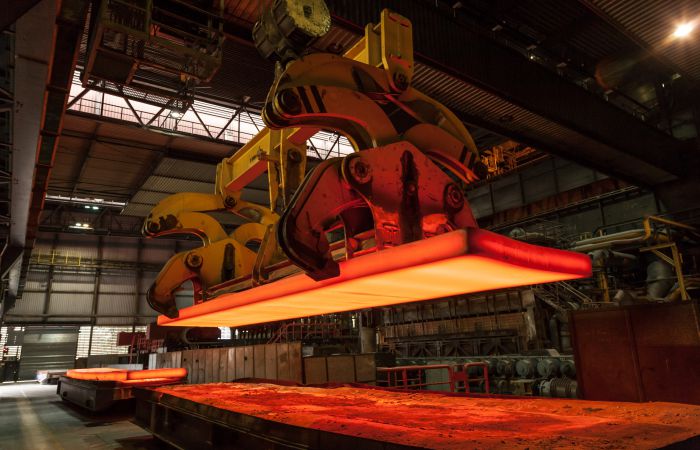 Fredrik Erixon
Fredrik Erixon is the Director of the European Centre for International Political Economy (ECIPE).

An interventionist style of industrial policy, one that revolves around picking winners, has recently been getting traction in the EU, with even free-market oriented governments like Germany’s seemingly supporting such a change.

Recently, the French and German governments have released a joint manifesto for a new European industrial policy.1 Among other things, the document calls for a revamp of competition policy, which includes the possibility for the European Council—the body which consists of the heads of state of the EU member states—to override decisions by the European Commission’s competition authority, an independent body whose verdicts on merger review cases are based on clearly defined technical rules.

The Franco-German proposal comes hard on the heels of the European Commission’s decision to block the merger between Alstom and Siemens—a merger that would have created a near-monopoly in several European rail markets. According to the approach that underlies the proposed changes, Europe needs bigger firms with more market power—European champions—that would be able to compete with American and Chinese giants. If Europe needs to coddle these national champions with state aid, the thinking goes, then that’s a price worth paying. For German and French policymakers, rules that curtail firms with strong market power would be considered competition fundamentalism, and critics of activist industrial policies are just being naïve.

This view, however, is distant from the facts. Market competition across many sectors in Europe is on the decline, and persistent regulatory barriers have deterred competition. Weakening competition policy in Europe, therefore, risks creating monopolies rather than industrial champions.

Market concentration has been rising in most of the EU member states. All EU countries, with the exception of Poland, have shown a rise in market concentration (measured through the Herfindahl-Hirschman Index) between the beginning of the 2008 financial crisis and 2012. The greatest increases, in percentage terms, were registered in Estonia, the Czech Republic, Austria, Finland, and Spain. Market concentration was substantial not only in low-competition industries like postal, air transport, and telecommunications, but also in service and manufacturing industries where a healthy dose of competition was expected. For example, the ten largest IT-services companies in Germany delivering information services such as data processing and data hosting control 75 percent of the market. In the Czech Republic, the ten largest retailers supply half of the consumer goods market. Across Europe, the biggest telecommunications companies hold almost 90 percent of the market.2

Markups—the difference between the cost of producing a good or service and the selling price—have declined on average during the same period.

The average increase in market concentration and the decline in markups were both expected, given the fall in demand during the financial crisis. However, in a recent study, we also found that market concentration and markups had risen in 25 percent of European industries. Moreover, the markups of the companies charging the highest margins grew faster than the margins of the companies with average markups. Across sectors, services such as management consultancies, legal services, and accounting enjoyed some of the highest commercial margins across many EU countries.

Unfortunately, our analysis of market concentration and market power only includes data up to 2012. It might well be that during the subsequent economic recovery, competition has resumed. Yet business churn—the speed with which new firms enter markets and old companies fade away—has also followed a downward trend between 2009 and 2016,3 which indicates a fall in economic dynamism.

A possible explanation behind this fall in market competition is regulation.4 Regulatory barriers represent a fixed cost, which deters new entrants. Even though every company in the market bears the cost of higher regulation, incumbents are better suited to adapt and influence current and future regulatory costs (Stigler 1971). Moreover, incumbents may lobby the government in favor of additional regulation, if that prevents competition. As a policy measure, regulation has a clear advantage over other forms of industrial support like subsidies. While subsidies encourage new entrants, regulatory barriers directly limit competition.

In order to fully appreciate the likely consequences of weakening competition policy in the pursuit of industrial champions, it is important to take account of the impact that regulatory protection can have on market competition. In markets protected by a regulatory moat, any increase in market concentration will be difficult to reverse. Therefore, an industrial policy which favors size over everything else must take into account both the regulatory framework and the contestability of the market. Otherwise, government-led actions to encourage market concentration will run the risk of producing private monopolies rather than industrial champions.

The OECD measures a country’s regulatory stance over time using its economy-wide indicator of product market regulation (PMR). The PMR index shows that for the EU, more than half of all product market liberalizations undertaken from 1998 until 2013 were achieved during the first five years. The deceleration in the pace of reforms suggests that liberalization has become harder and that countries have moved away from market-friendly legislation. This lack of progress is evident in some of the components of the overall PMR indicator, in particular those that cover barriers to entry and exit.

We used a fixed-effect econometric model to investigate the impact of regulation on market competition in Europe.5 The objective of this analysis was not to prove a particular channel of causality but to understand the relationship between regulation, market concentration, market power, and profitability.6

The key findings of this analysis are as follows:

These findings are relevant for the European debate on competition and industrial policy. Market competition is determined not just by the number of players and their market share but also by the contestability of the market. A more permissive competition policy in Europe will lead to a degree of market consolidation that, because of the regulatory barriers protecting incumbents, will be difficult to reverse.

For more on this, check out the following episode of the Capitalisn’t podcast: