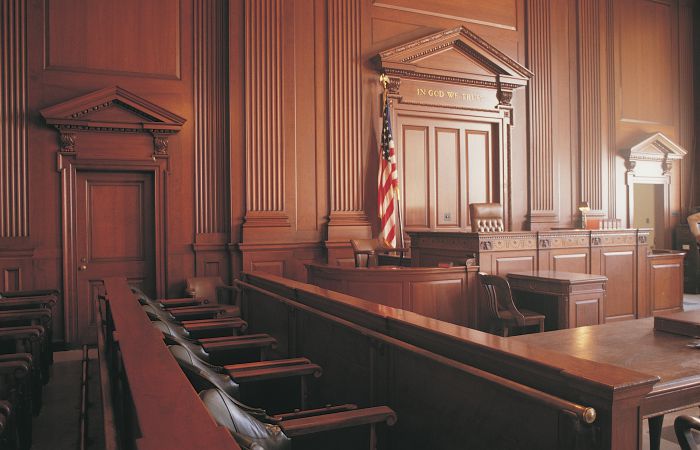 The legal system is the bloodline of investigative journalism. Recent maneuvers by the Trump administration may jeopardize it.

When done effectively, investigative journalism can greatly improve our collective lives. Yet deep-dive investigative projects are not being handed to journalists on a plate. Media outlets must commit significant resources to investigate, often in the face of opposition by the subjects of their investigation. When left to its own resources, a financially strained media has a hard time holding the powerful to account.

How do we get effective investigations, then? Where do successful investigative journalism projects come from? A large part of the answer is the legal system. In a new study, I show that court documents, depositions, and regulatory reports are often the most instrumental sources of accountability journalism. To illustrate, when I looked at Pulitzer Prize-winning pieces from the past 20 years, I discovered that legal documents played a crucial role in over half of these paradigmatic cases of investigative journalism.

Take Spotlight, which won the 2015 Oscar for Best Picture. Spotlight was billed as a movie about investigative reporters holding the Catholic Church to account over child sex abuse. But the reporters could not have done it alone. The legal system helped them. The Boston Globe reporters managed to spot the pattern of abuse by looking at numbers of lawsuits filed against individual priests. They revealed the cover-up by getting internal Church documents from motions attached to court files. Spotlight is therefore not really a story about investigative journalism holding the powerful to account. It is rather a story about interactions between the media and the courts. These interactions are what produced accountability. Without the legal system generating information in the process of pursuing individual lawsuits against priests, the reporters would not have had such a powerful story to tell. And without the reporters putting the pieces of the puzzle together, identifying the pattern, packaging it compellingly, and diffusing it widely, the Church would not have publicly admitted its mistakes or commit to changing its behavior. The legal system would probably have continued settling and sealing one individual case after another. It took media scrutiny to move the needle. Effective law enforcement led to effective journalistic scrutiny, and vice versa—a virtuous cycle.

Litigation helps investigative journalists by uncovering information to which they were not privy. This is because litigation in the US, more so than in any other country, grants private litigants fact-finding powers, such as requesting all relevant internal documents from their rivals. As a result, the process of discovery and depositions often yields damning inside information that journalists can then access and use in their reporting. Just recently, the New York Times’ exposé on how President Trump built his wealth relied on depositions from the President’s brother to shed new light on what was otherwise an “extremely well-covered subject.”

Litigation helps reporters not only reveal new information, but also process existing information. Judicial opinions or regulatory reports are good at fleshing out patterns of misbehavior, organizing large chunks of information, and making what happened and how it happened less complex for journalists. The mere phrase “according to court documents” boosts the perceived credibility of the story. It also makes the story virtually libel-proof: As long as you report accurately based on court documents, you practically shield yourself from being sued for defamation.

Recognizing that law enforcement facilitates media scrutiny (and vice versa) generates a wide array of implications. At a general level, understanding the role of the legal system as a source for investigative journalism (“law as source”) calls for a more cautious approach to scaling back legal intervention. Lax law enforcement leads to lax media scrutiny. Those who tell you that market forces—reputation—will be enough to deter misbehavior, and go on to suggest that we do not need costly legal intervention, often miss the fact that law enforcement and reputation are interdependent. Reputational deterrence depends on effective media coverage. And effective media coverage frequently depends on litigation. Removing the law will make reputational forces weaker.

More concretely, the “law as source” framework puts a thumb on the scales against secrecy in court proceedings: it weighs against keeping settlements confidential, protecting all documents exchanged during discovery from becoming public, and so on. The timeliest, most burning issue here is the proliferation of one-sided arbitration clauses. These clauses ban class action and force consumers, workers, and suppliers to arbitrate their disputes with large companies behind closed doors. Even if, as their proponents claim, such arbitration clauses actually improve the returns for specific aggrieved parties (a highly questionable assumption), mandatory arbitration makes things worse for the rest of us by reducing the chances of media scrutiny. In a world where arbitration clauses are on the rise, journalists will be less able to dig into the misbehavior in question (I elaborate on this point in a separate project).

To illustrate, consider the Wells Fargo fake accounts scandal. It was a journalistic investigation that broke the story and ignited subsequent law enforcement actions. Yet the journalistic exposé was heavily based on documents from wage-and-hours lawsuits filed by disgruntled Wells Fargo employees. Thanks to a 2018 Supreme Court decision, such workplace disputes are no longer aired in courts, but instead funneled into closed-door arbitration. The next time a journalist attempts to expose banking shenanigans, such inside information is more likely to remain out of her reach.

The upshot is that we cannot take the law-as-source function as given. For the law to serve a meaningful sourcing function, government agencies need to grant FOIA requests, judges need to resist the temptation to approve the sealing of court documents too handily, and regulators need to rethink the desirability of arbitration clauses.

This is where concerns over President Trump’s attacks on the press are somewhat misplaced. The problem is not that the President hurls insults at the press—such open criticisms have actually contributed to a resurgence of subscriptions, advertising revenues, and contributions to media outlets. The real challenge to accountability journalism comes not from verbal assaults, but rather from assaults on the public resolution of disputes. Under-the-radar maneuvers of the Trump administration, such as promoting mandatory arbitration and blocking regulators who attempt to curtail it, harm what have traditionally been the lifeline of investigative reporting. When disputes are funneled into private arbitration or not pursued at all, the media’s ability to hold the powerful to account is significantly diminished.

Roy Shapira is a legal scholar who focuses on reputation, regulation, and corporate governance. Shapira received his LLM and SJD degrees from Harvard Law School. He is currently at the IDC law school, and working on a book on the interactions between law and reputation ( under contract with Cambridge University Press).