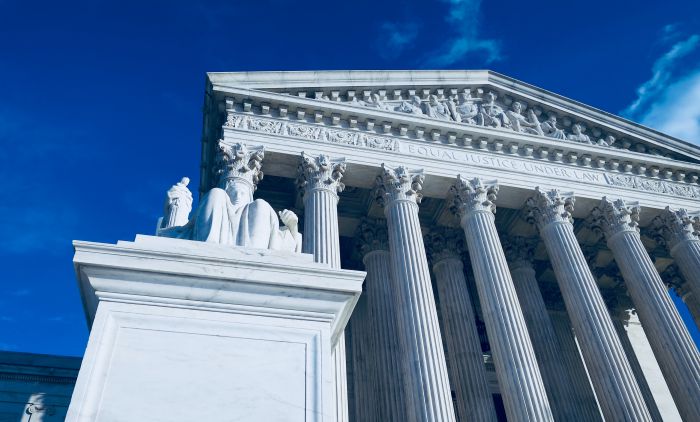 The Supreme Court’s decision in Ohio v. American Express last week demonstrates the inadequacy of antitrust’s consumer welfare standard, which limits enforcers to challenging only anticompetitive behavior that harms consumers. Under that standard, the Court could not condemn Amex’s blatantly anticompetitive limits on the ability of merchants to encourage consumers to use less expensive credit cards because the limits sapped the bargaining power of one level of the supply chain (merchants) in their negotiations with another (a credit card company), but did not obviously harm consumers. What antitrust needs is a standard that protects the bargaining power of Americans from anticompetitive practices used against them in each of the roles Americans occupy in their economic lives, not just the role of consumer.

Amex as a Struggle within the Supply Chain

In Amex, the US Department of Justice and a number of states challenged Amex’s insistence that as a condition of accepting Amex cards merchants not encourage consumers to use rival credit cards that charge merchants lower fees. Such “steering” practices, which include simply asking the consumer at checkout to “please use Visa if you can,” are part of a struggle to control the profits generated from retailing goods to consumers that is being waged between merchants and the card services the merchants use to accept payment from consumers.

Branding creates leverage in this struggle. Merchants want consumers to view the merchants’ suppliers, including suppliers of card services, as fungible, so that merchants can terminate suppliers that demand higher prices without fear of alienating consumers. For merchants, store brands like Whole Foods’ 365 Everyday Value or Walmart’s Great Value are ideal, because consumers do not even know the names of the firms that actually supply store branded items. The merchant can substitute one supplier for another without consumers even realizing that there has been a change.

Suppliers want the opposite. Suppliers seek to bypass merchants and appeal directly to consumers for loyalty, in the hope of using that loyalty to force merchants to accept higher supply prices. Indeed, mass advertising arose in the early 20th century precisely for this purpose, as manufacturers of consumer goods sought to gain leverage over retailers, and to counteract the rising power of the huge merchant chains like A&P that were developing over this period, by convincing consumers to insist on buying the products of specific manufacturers alone.

Suppressing Promotion as Harm to Competition in Amex

Against this backdrop, attempts by merchants to steer consumers to lower-cost cards are clearly attempts to promote competition between credit card companies—and thereby to undermine the credit card companies’ bargaining power—by undermining the consumer’s loyalty to any particular credit card brand. The fundamental issue in the Amex case, unrecognized by the parties or the courts, is promotion. Specifically, countervailing promotion: the ability of merchants to use non-false, non-misleading statements delivered in the intimate environment of the checkout counter or webpage to counteract the effects of the card companies’ promotional efforts elsewhere.

By limiting the ability of merchants to engage in countervailing promotion, AmEx harmed competition, not by offering a better product to merchants or consumers, one that would make merchants or consumers prefer Amex over other brands because Amex cards are better, but simply by circumscribing the promotional playing field in a way that would tend to favor Amex. For a Court that has sung the praises of product promotion for some forty years now, reversing bans on many vertical restraints in order to enable more promotion, and extending First Amendment protection to commercial speech with ever increasing strength explicitly on the ground that promotion is good for the economy, invalidating the anti-steering provisions at issue in Amex should have been a no-brainer. (I argue elsewhere that it would be even more procompetitive to put an end to promotion by all parties, rather than to protect countervailing promotion, but that is another story.)

The Absence of Consumer Harm in Amex

That is because the prices consumers pay for a good, inclusive of the payment services they need to acquire it, are ultimately set by the least competitive level of the supply chain, the narrowest bottleneck in the chain. Promoting competition at other levels of the supply chain simply redistributes profits between different levels in the chain, but does nothing to drive down the prices consumers ultimately pay for the good. If CVS has market power in the after-hours sale of ice cream, for example, then CVS will continue to charge $9 per pint even if it is able to use steering to induce late-night snackers to pay with their Visa cards, instead of Amex. CVS will just pocket the money the firm saves on Amex fees.

In Amex, it was not clear that the market to supply credit card services—the “network services market” in the lingo of the case—was the narrowest bottleneck in most retail supply chains. So consumer harm was not clear.

In his dissent, Justice Breyer made much of the fact that merchants might promote other cards by offering discounts to consumers, but in the absence of a decline in the overall market power of the supply chain relative to consumers, those discounts would likely prove illusory. Firms could simply raise base prices on all goods and then discount prices back down for those choosing to pay with less expensive cards, since only price differences, not absolute price reductions, would be needed to create the proper incentive for consumers.

The majority in Amex missed all this in its facile appeal to the concept of two-sided markets, as ably highlighted by a dissenting Justice Breyer, who observed that the case involved no more than mundane supply-chain economics. But what Justice Breyer missed in turn, but the majority seems to have grasped, however intuitively, was the lack of clear harm to consumers. The problem with Amex is not that the Court got the outcome wrong, however economically impoverished the court’s reasoning in reaching that outcome may have been, but that under current law—the consumer welfare standard—the Court got the outcome right.

The real question the case poses is one of supply chain fairness rather than consumer harm, whether one level of the supply chain may use anticompetitive practices to extract supracompetitive profits from another level of the supply chain, regardless of whether those higher prices are eventually passed on to consumers or not. Until the 1970s, and the rise of the consumer welfare standard in antitrust, the answer would have been a resounding “no,” just as it continues to be in Europe, China, and most other antitrust jurisdictions.

The reason for this rough consensus, from which contemporary antitrust in the US absents itself, is that the only coherent reason to have an antitrust regime is to use competition to achieve a fair distribution of the surpluses generated by production, not just between producers as a group (the supply chain entire) and consumers, but between the various levels of the supply chain itself. Understood in this way, antitrust is a surrogate for price regulation that seeks to achieve the distributive fairness goals of price regulation by tweaking levels of competition in markets, and thereby levels of bargaining power, rather than by directly setting prices by fiat.

Amex was perhaps not the most sympathetic case, involving massive retailers like Walmart doing battle against massive card companies. But the demise of the anti-steering practices would have also helped smaller businesses struggling with the burden of credit card fees. An antitrust standard aimed at using competition to equalize bargaining power between all economic agents could also be used to ensure that workers, who, as suppliers of labor, are important links in any supply chain, bargain against employers that face competition from other employers in the labor market, that small suppliers do not find their margins squeezed by anticompetitive practices by large retailers like Walmart or Amazon, and that small farmers similarly have grounds to complain about anticompetitive practices by large food retailers and processors.

These groups have all been left out of contemporary antitrust, even though their claims for distributive justice through competition are just as strong as those of consumers. Amex is a stark reminder that the consumer welfare standard must be the first target of antitrust reform.

Ramsi Woodcock is an Assistant Professor at the University of Kentucky College of Law.