Factorless Income and Some Skepticism on the Case for Rising Markups 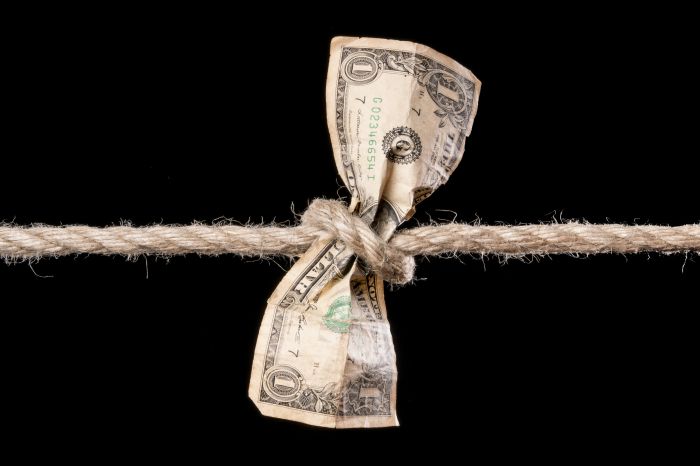 If imputed payments to labor and capital don’t add up to GDP, what should be done with the residual? New research from Chicago Booth and the University of Minnesota discusses several alternatives and articulates some puzzles that arise if one simply interprets the residual as “economic profits.”

Macroeconomic models often assume perfectly competitive markets, whereby all income in an economy is accounted for by rental payments to capital and labor. If revenues significantly exceeded average costs, the argument goes, new firms would enter and compete away that profit margin. It is not so easy to verify this. Though “accounting profits” are observable on firms’ income statements, we care about “economic profits” in thinking about competition. Economic profits differ from accounting profits because they take into account implicit costs paid to equity and debt investors in order for firms to be able to finance their capital. One way to impute these costs is with a formula that economists call the user cost of capital, which takes into account the various opportunity costs of using capital in the production process.

It turns out that adding together these imputed capital costs and reported compensation to labor does not exhaust total income, or GDP, in the US economy. Rather, there is a large and time-varying residual that we refer to as factorless income, since it isn’t immediately attributable to capital or labor, the factors of production. In our paper “Accounting for Factorless Income,” we highlight three possible interpretations of factorless income, discuss the evidence for and against each one, and elaborate on the resulting implications for our understanding of macroeconomic dynamics during the past half century.

The simplest treatment of factorless income is to just label it economic profits. In other words, one strategy is to assume that GDP, capital costs, and labor costs are all well-measured and that, therefore, the residual tells something about markups and market power. And indeed, a number of papers have been doing just this, including here and here. If one uses this method and looks only at the path of implied markups and profits since 1980 or so—as these papers do—one reaches the conclusion that markups and monopoly power have soared, explaining the decline in the labor share and yielding calls for stronger antitrust enforcement.

Our paper offers three reasons to be skeptical of this treatment of factorless income and its use to conclude that monopoly rents have risen:

1. We extend this calculation back in time before 1980 and show that doing so yields a very different picture on the long-run evolution of markups. According to this method, markups were very high in the 1960s and 1970s before collapsing around 1980 and slowly returning to current levels, which remain below their average levels earlier in the sample. (See the solid black line in figure 1 below.) If one uses this methodology to argue that today’s markups are problematic from a policy perspective, therefore, one must acknowledge the same logic would apply to most of the postwar era.

Further, other prominent work uses a distinct methodology to infer that markups were fairly low and constant prior to 1980 before surging thereafter. If one only considers the post-1980s period, these papers appear supportive of each other. Extending the Factorless Income series back in time clarifies that these results are instead at odds with each other.

2. We demonstrate that in this methodology, there is a very strong negative correlation between economic profits and the real interest rate used in the calculation of the user cost of capital. (The interest rate is the dashed red line in figure 1.) The real rate increases in the late 1970s, pushing profits down. Profits then increase as the real rate returns to its earlier low levels. If this methodology is used to extract a time-path for monopoly profits, therefore, explanations of this path should additionally generate a very tight negative correlation with interest rates.

3. Finally, our paper describes what each treatment of factorless income implies for technology growth. We demonstrate that interpreting factorless income as economic profits implies paths for productivity growth that are significantly more volatile than is the case with the other two interpretations.

Given this skepticism, we move on to the interpretation that factorless income reflects mismeasurement of the capital stock, which for a given user cost of capital, results in a mismeasurement of total capital costs. Why might national statistical agencies mismeasure the capital stock? Academic work including this, this, and this has discussed the possibility that some final investment expenditures by firms, particularly if on intangible investments, might be incorrectly recorded as spending on intermediate inputs, which would render incorrect the values of the capital stock in the US Fixed Asset Tables. The BEA has implicitly acknowledged this issue as it has at various points retroactively adjusted its investment series to include, for example, spending on software, R&D, and even artistic originals.

Finding a path for unmeasured capital that accounts for fluctuations in factorless income is harder than it seems, however. After all, as has been pointed out by many others, if the national accounts miss investment spending, then not only is the capital stock mismeasured, but so is GDP and, further, it is difficult in this case to infer the rental rate of that unmeasured capital. We introduce a strategy to identify one possible path of unmeasured investment that would absorb movement in factorless income and outline its properties. We demonstrate that the recent scale of this unmeasured capital needn’t be so large, though its scale earlier in the sample, such as in 1960, reaches a level we find implausible. We therefore do not believe our particular implementation of this interpretation of factorless income holds much promise, though do hope in future work to consider other such paths of intangibles.

The third possibility we consider is that variation in factorless income over time reflects a gap between the capital user cost internalized in firm decision-making and that based on Treasury bond yields that is typically used in user costs imputations made by economists. We solve for the path of firm opportunity costs of capital that, if used instead of Treasury yields in such calculations, would account for the variation in factorless income.

Some aspects of this case remain open to interpretation. The alternative opportunity cost of capital is large early in our sample and does not decline since the early 1980s the way Treasury yields have. This may suggest, for example, a rising risk premium since then, a suggestion supported by similar logic here.

Other aspects of this case strike us as promising. The implications of this case for the pace of technological growth is closest to what we view as the standard macroeconomic narrative and relative factor shares in this case are significantly more stable than in the others.

We hope our framing of these three interpretations of factorless income guides continuing work in the area. We demonstrate that those using this methodology to infer profits (or to recommend policies based on that inference) must grapple with the fact that it produces estimated profit shares today that, while higher than in 1980, remain below their typical levels in the decades before 1980. Further, any stories explaining such dynamics in profits and margins must be tightly linked to the interest rate. We do not rule out the possibility that unmeasured capital plays a role, and our work develops an algorithm useful for exploring this. But our particular implementation of this case carried implications on the time path of unmeasured investment we do not find plausible. We find most promising the possibility that standard user-cost measures are lacking, either due to risk premia, financial frictions, or other real-world elements absent in standard models, and future work might search for more directly quantitative evidence of such elements. We suspect that factorless income is, at times, large and volatile in non-US economies as well and hope researchers apply our methodologies to study factorless income around the world.

Share
Facebook
Twitter
Email
Previous articleHow China’s Anti-Corruption Campaign Is Moving Financing Away from State-Owned Enterprises
Next articleEditors’ Briefing: This Week in Political Economy (May 12-May 19)