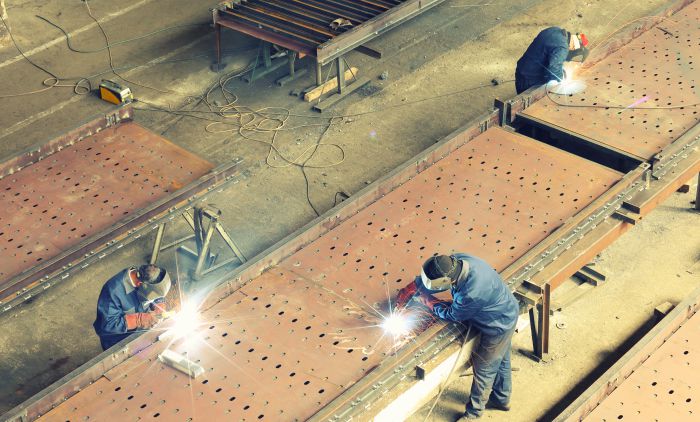 In response to a recent ProMarket post about the Twitter Files, professor Tom Ginsburg points out that the toughest question lies in...
Read more
Antitrust and Competition

In recent decades, antitrust policy has all but ignored the issue of monopsony power. Yet a new paper shows that across the US economy, labor markets are highly concentrated and that this concentration is also correlated to lower wages, suggesting that employers are indeed exercising monopsony power and driving down pay. Late last year, Senator Cory Booker (D-NJ) sent a public letter to the Department of Justice and Federal Trade Commission where he excoriated antitrust officials for not doing more to confront the negative impact of rising concentration on workers and wages. Despite having “a clear mandate to promote competition across the economy,” wrote Booker, federal antitrust agencies have neglected their responsibility “to ensure that workers have meaningful choices that allow them to fairly bargain among potential employers.”

In his letter, Booker pointed to a growing body of research that links economic trends like stagnant wages, decreases in labor force participation, declining mobility, and the shrinking of the labor share (the part of national income that’s allocated to wages) to the increase in market concentration that the US economy has experienced in recent decades, particularly to the growth of labor market monopsonies.

A monopsony occurs when a market is dominated by single buyer able to set its own prices. Similarly, in labor markets dominated by a single firm (or a small number of large firms) employers can exercise monopsony power and effectively suppress wages. Workers, often unable to move, find themselves with few choices but to accept lower pay.

In recent decades, antitrust policy has all but ignored the issue of monopsony power. Though the same antitrust laws that apply to monopoly apply to monopsony as well, the labor market has often been viewed by antitrust economists as “naturally” competitive, and as a result there have been relatively few antitrust cases related to labor market concentration. Thanks to the consumer welfare standard—the result of the Borkian revolution in antitrust and the core of US antitrust enforcement for the past 40 years—mergers today are reviewed solely through the prism of whether they’re beneficial to consumers. Under this logic, monopsony can even be viewed (and indeed, has been viewed by both the courts and antitrust officials) as a positive, “efficiency-enhancing” thing: any reduction in the cost of labor, the thinking went, would ultimately be passed along to consumers in the form of lower prices.

The consumer welfare standard has come under increased scrutiny in the past two years, after a spate of empirical studies highlighted the adverse effects of rising concentration on labor. A new paper, however—written by José Azar of IESE Business School at the University of Navarra, Ioana Marinescu from the University of Pennsylvania, and Marshall Steinbaum of the Roosevelt Institute—shows just how bad the labor market’s competition problem really is: across the US economy, they find, labor markets are highly concentrated. This concentration, according to the study, is also correlated to lower wages, suggesting that employers are indeed exercising monopsony power and driving down pay.

In order to determine the pervasiveness of labor market monopsony, the authors rely on 2010–13 data from CareerBuilder.com, the largest job search site in the United States which represents about a third of online US job vacancies. They then look at over 8,000 local job markets, defined by occupation (these range from accountants and auditors to telemarketers and truck drivers) and commuting zones. To measure the concentration level in those local labor markets, the authors use the Herfindahl-Hirschman Index (HHI), a commonly accepted measure of market concentration.

What they find is that on average, US labor markets are highly concentrated, with an average HHI of 3,157—well above the 2,500 threshold antitrust agencies use when conducting horizontal merger reviews. Moreover, an increase in concentration was also correlated with a decline in wages: going from the 25th to the 75th percentile of the concentration distribution, they find, decreased posted wages by 17 percent.

The authors also find that levels of concentration vary across occupations and geographic locations: the most concentrated labor markets are rural areas and smaller towns, where workers have fewer employment opportunities than in large metropolitan areas like New York or Chicago. In rural areas the effect of concentration on wages was also the most pronounced.

“Smaller-population areas are more concentrated, meaning there are few employers hiring, but that’s not surprising,” Marinescu tells ProMarket. “What was most surprising was that the effect of concentration on wages is also bigger in small places. If concentration increases by 10 percent, that’s going to hurt wages in a small town more than in big cities.”

One obvious caveat is that while CareerBuilder is a large site, it still doesn’t include every US job vacancy. “The US government does not advertise any jobs on CareerBuilder, for instance, so one thing that could change if we saw the full universe of vacancies is that the level of concentration could potentially be lower,” Steinbaum tells ProMarket. Nevertheless, he says, when it comes to the effect of concentration of wages, the pattern is clear. “The HHI of the average labor market could be lower if you see all the data, but the number that would probably not be different is that an increase in concentration from the 25th percentile to the 75th percentile reduces wages by 10-25 percent.”

Antitrust is also a local issue

Whereas previous studies, such as two highly cited papers by Simcha Barkai and Jan De Loecker and Jan Eeckhout, have been focused on concentration in the product market and its possible implications for labor, the new study gives a fuller picture of the effect that concentration and market power have on workers by focusing on the labor market itself. As such, it could have possible implications for antitrust policy and merger reviews.

“There’s a strong argument that labor market monopsony can be a very local issue,” says Steinbaum. Theoretically, new data on the localized nature of labor market concentration could encourage states to pursue cases of their own, but that is unlikely to happen, according to Steinbaum. “It’s very costly to bring an antitrust case, and states can’t bring forth a very ambitious case unless they’re following the federal government and its resources. If the feds are ideologically uninterested in pursuing a labor market case, the states are left high and dry.”

The most direct policy implication could be for merger reviews, as the authors’ findings support the notion that enforcers should consider the impact of mergers on the labor market as well. This notion is reflected in a recent House bill by rep. Keith Ellison (D-Minn.), which would require the FTC and the DOJ to study the impact of mergers on local economies, jobs, and wages. “The existing merger guidelines already authorize the analysis of market power over workers, but in the actual practice it is not being used,” says Marinescu.

The bigger issue, however, is the consumer welfare standard, which according to Steinbaum is insufficient if agencies wish to address monopsony power driving down wages. “We have this sort of ideology that what antitrust should be about is protecting consumers, and the way you protect consumers primarily is by reducing prices,” says Steinbaum. “In that context, you can say monopsony is actually good, because if you reduce the cost of labor then you potentially reduce prices for consumers. While most antitrust practitioners would not go so far as to say that they think lower wages are good, there are many cases where they have basically come to that point, especially in merger defenses. That kind of defense—‘we are going to lay off a ton of people but that’s actually good for consumers because we’ll make our plant so much more efficient’—has carried the day in mergers like Whirlpool-Maytag.”

As for the larger debate within the antitrust community over whether a robust enforcement of the existing framework is sufficient, or whether a larger reform is necessary, Steinbaum believes their findings support the latter. “In the existing horizontal merger guidelines there’s a whole section about how everything they’re saying about monopoly also applies to monopsony. The reality is they have not confronted monopsony power—there have been vanishingly few cases about the labor market, only [concerning] the most flagrant cases of written agreements not to compete,” says Steinbaum. “My interpretation is that there’s no way to comprehensively go after monopsony power as long as you’re adhering to a consumer welfare standard. If you can defend yourself against any antitrust claim by saying you’re increasing consumer welfare, fundamentally you’re never going to be able to prosecute anything but the most flagrant anti-competitive behavior, like no poaching agreements.”