Why Firms’ Shareholders Condone Seemingly “Excessive” Executive Pay Packages, and What it Means For the Economy 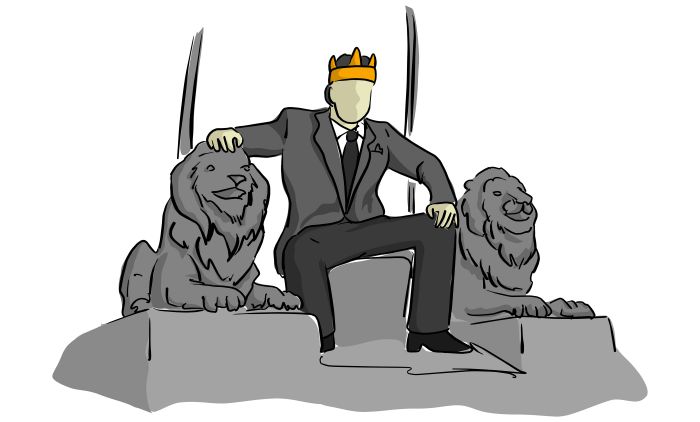 Martin Schmalz
Martin Schmalz is Professor of Finance and Economics at Saïd Business School, University of Oxford. He holds a graduate degree (Dipl.-Ing.) in mechanical engineering from the Universität Stuttgart (Germany) and a M.A. and PhD in Economics from Princeton University (USA) . Prof. Schmalz is the Academic Director of Oxford’s Blockchain Strategy Programme, and co-director of the Open Banking & AI in Finance Programme. He co-authored “The Business of Big Data: How to Create Lasting Value in the Age of AI”, and was featured as one of the “40 under 40” best business school professors worldwide at the age of 33. He was invited to present to regulators and policy makers across the globe, including the US Department of Justice, The White House Council of Economic Advisers, European Commission, European Parliament, OECD, various central banks, and at universities across America, Europe, Asia, and Australia. His prize-winning research focuses on corporate governance and asset management. It has been published in The Journal of Finance, Journal of Financial Economics, and Review of Financial Studies, and was covered, among others, by The New York Times, The Economist, Wall Street Journal, Financial Times, Bloomberg, The New Yorker, The Atlantic, Forbes, Fortune, Handelsblatt, and Frankfurter Allgemeine Zeitung.

If the large mutual funds are out to improve governance, why do they condone, if not encourage, seemingly excessive and performance-insensitive compensation packages? A new paper explores that question by thinking about what “performance” actually means to a large asset manager.

In the academic literature, the discussion focuses on how pay structure relates to characteristics of corporate boards and compensation committees. In the real world, the debate has moved one level deeper: who are the shareholders that approve the compensation packages brought up for vote? In particular, how do the most powerful shareholders vote, and why?

The largest and most powerful shareholders of our time are a small set of mutual fund companies (such as BlackRock, Vanguard, and Fidelity), and they vote “yes” on proposed pay packages at least 96% of the time.

In fact, the support for executive pay packages goes far beyond voting. BlackRock and Vanguard maintain that they engage with company boards and executives hundreds of times per year. BlackRock says executive compensation is a topic in 45% of these conversations, and that they “only vote against management when direct engagement has failed.” At the same time, however, a BlackRock spokesman also professes: “executive compensation that is disconnected from company performance is a symptom of broader governance failures” that they are committed to rectify.

One should be perplexed: if the large mutual funds are out to improve governance, why do they “wield their large stick like a wet noodle” and condone, if not encourage, seemingly excessive and performance-insensitive compensation packages, rather than speak out and vote against them?

A new paper explores that question by thinking about what “performance” actually means to a large asset manager. Mutual funds earn money by charging their investors a fixed percentage of assets under management. Therefore, fund families’ performance increases with the value of their aggregate stock portfolio.

One way of increasing portfolio value is to rectify conventional “corporate governance failures,” firm by firm, as professed above. If that was the only way, however, the voting behavior and contractual outcomes would be utterly perplexing: the only pay packages mutual funds should vote for then are those in which CEO pay is as low as possible, strongly related to firm performance, and negatively related to rivals’ performance. (The last element makes sure CEOs don’t simply get paid for the luck of working in an industry that is doing well.) Given that the opposite relations seem be present in real-world data, this story seems to be missing an important element.

The missing piece proposed by the new paper is the following: largely by virtue of being both broadly diversified and very large, the world’s largest mutual funds are often the largest shareholders of natural competitors, i.e., firms operating in the same industries. For example, BlackRock is the largest voting shareholder of four of the nation’s largest five banks.

In theory, because such a “common shareholder” wants to maximize the value of its stock portfolio, it will favor compensation packages that give managers no incentive to compete away industry profits (for example, by engaging in price wars).1 But rewarding executives based on performance relative to rivals would encourage precisely that. No rational common owner should push for the implementation of such management incentives.

A rational common shareholder should instead reward executives for maximizing industry profits – no matter whether the profits arise in the own firm or in industry rivals. Moreover, because a contract that rewards executives both for firm and industry performance exposes the manager more to aggregate shocks outside her control, she should be able to negotiate a higher base pay as a compensation for the additional risk she takes.

In sum, when industry competitors are more commonly owned, we should expect to see (a) higher unconditional top management pay that is (b) less related to the firm’s performance, and (c) more related to rival firms’ performance. This is precisely the pattern present in the data, as the new paper shows.

This evidence suggests that at least part of the answer to the question “why do firm’s shareholders condone `excessive’ executive pay” is: because it is in their economic interest!

As elsewhere in economics, that doesn’t mean that shareholders consciously write or approve these contracts with the explicit goal to maximize their economic incentives. It only means that (to anybody who believes in economic actors roughly acting in line with their economic incentives) it shouldn’t be very surprising that common shareholders don’t make particularly aggressive or effective efforts to shoot themselves in the foot and implement management incentives that destroy their revenue base.

The findings have broad implications. First, recent papers have shown that airline and deposit banking prices are significantly higher because of common ownership. These outcomes are quite possibly motivated by top management incentives that favor anti-competitive markets. The new paper on compensation structure shows just how widespread anti-competitive managerial incentives are across the U.S. economy. At the same time, a competitive economy is the backbone of American society. (Jason Furman’s recent post on this forum explains why.) Hence, the worry about executive pay goes far beyond a feeling of (un-) fairness regarding the seemingly excessive level of CEO pay. Instead, it is at the very core of how present-day capitalism works.

So what can we do about the problem? Regulators do not tire to point out: it is already illegal for a common owner to try and influence management decisions (perhaps through engagement and by affecting the structure of executive compensation) without notifying antitrust authorities. Therefore, “All it requires is the will to bring cases,” as Harvard Law School’s Einer Elhauge writes in a recently published Harvard Law Review Paper. In the past year, the agencies have taken steps to enforce these notification requirements; ignoring them could become very expensive for large asset managers.

In sum, as Elhauge argued on ProMarket a few days ago: the rise of common ownership creates a need for a reinvigorated antitrust policy. A century ago, the establishment of antitrust authorities was a bipartisan effort. Judged by the rhetoric of the presidential candidates, perhaps there is hope at least that enforcement will continue irrespective of the election outcome.