Economic Crisis and Poverty Might Kill More People Than the Coronavirus 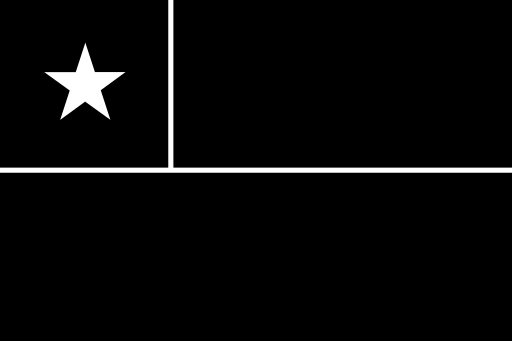 In Chile, 300,000 people were laid off in March alone. More than one million have now either lost their usual source of income or are at serious risk of losing it. A poorer family eats worse, lives in a more unhealthy environment, and consequently dies sooner. Why does “saving the economy” still seem like a euphemism for the benefit of some unscrupulous few?

“Shit! The economy!” A dinosaur screams in terror as it sees an asteroid about to hit Earth. The meme—fun and effective—nicely sums up a common sentiment these days: It is frivolous to talk about the economy at a time when the only concern should be to prevent deaths from the coronavirus.

This week, the IMF predicted that the ongoing economic crisis will be the world’s biggest in at least 90 years. Chilean finance minister Ignacio Briones has said that “without a doubt” 2020 will be the worst year for Chilean households since the traumatic crisis of the 1980s.

The dinosaur is not only stupid. It is also immoral. The Manichean discussion that dominates social networks does not admit any gray areas: On the one hand, altruists are worried about saving lives. On the other, the greedy are willing to sacrifice innocent people in order to take care of their pockets. Your money or your life! For anyone who is at all ethical, the choice should be obvious.

But sadly, real life is more complicated than those cartoons.

Dry numbers have a direct effect: They kill people. An impoverished country has fewer resources to build hospitals, to train doctors, to vaccinate its population, and to treat sewage. The relationship is clear. The richer a country is, the longer its inhabitants live: 85 years in Singapore against 59 in Somalia; 84 in Switzerland versus 53 in the Central African Republic. The greater the per capita income, the fewer children die before the age of one: 0.1 percent in Luxembourg versus 8.7 percent in Sierra Leone.

The same is true within each country. A poorer family eats worse, lives in a more unhealthy environment, and consequently dies sooner. On average, a Chilean woman from Vitacura or Providencia reaches 88 years of age. In the poorer La Pintana, only 77. The difference is equal to 11 years, stolen by poverty. A child born in Tiltil is twice as likely to die in the first year of life (1.02 percent) than a child born in Las Condes (0.49 percent).

Poverty sickens and kills. And so does an economic crisis.

“Economic growth is the single most important factor relating to length of life,” concludes Yale professor of epidemiology Harvey Brenner, following a study that found a direct relationship between unemployment and mortality. “Employment is the essential element of social status and it establishes a person as a contributing member of society and also has very important implications for self-esteem,” Brenner argues. “When that is taken away, people become susceptible to depression, cardiovascular disease, AIDS, and many other illnesses that increase mortality.”

Another study, from the University Hospital of Copenhagen, Denmark, found that patients with heart problems have a 50 percent higher risk of dying if they lose their jobs. For these patients, a layoff is more deadly than having diabetes or previous heart attacks.

An investigation by American and Canadian scientists that analyzed more than 20 million patients worldwide concluded that the risk of death among those unemployed is 63 percent higher than among those who have a job.

In Chile, 56,986 companies—which employ 786,000 people—have already taken advantage of a new law that allows them to suspend the payment of wages. Let’s add the 300,000 Chileans who were laid off in March alone. More than one million people have now either lost their usual source of income or are at serious risk of losing it, at least temporarily, depending only on unemployment insurance.

And all this without counting the very-difficult-to-measure effects of the quarantine on obesity, alcoholism, drug addiction, depression, or domestic violence—illnesses that jeopardize the quality of life and cause thousands of deaths each year in Chile.

Why, despite all this evidence, does saving the economy still seem like a euphemism for the benefit of some unscrupulous few?

Probably because that is precisely what the signals we receive from the world of power seem to indicate.

First, the Isapres—Chile’s private insurers—raised the prices of their plans. Then they started to reject or reduce coverage to one in three coronavirus-related medical licenses, forcing the regulator to intervene.

Ahumada, the ringleader of the Big Pharma cartel, has just notified the owners of its stores that it will stop paying their rent, despite the fact that its stores are still open throughout the country.

Amid the worst health, economic, and social crisis of our generation, some people become ill, others refuse to give up licenses. Some continue to pay for their medicine; others decide to stop fulfilling their obligations.

“We cannot kill economic activity to save lives,” said the general manager of the Santiago Chamber of Commerce, defending the reopening of the malls.

Although he later apologized, the phrase was profound. So now, when commerce gets the government to give it the green light to reopen the malls, the general suspicion is that it is thinking more about the pockets of its owners than about the well-being of its workers.

When the government instructs public employees to return to their offices, many assume it is pursuing some particular crooked profit. And when a company’s bailout plan is faster than the still-pending assistance to informal workers pauperized by the crisis, millions of families feel abandoned to their fate.

Saving lives is the priority. Doing so depends on a delicate balance between health, economic, and social variables. But, above all, it depends on a population that trusts that these measures seek the common good, not the interest of a few.

Such trust is scarce today in Chile.