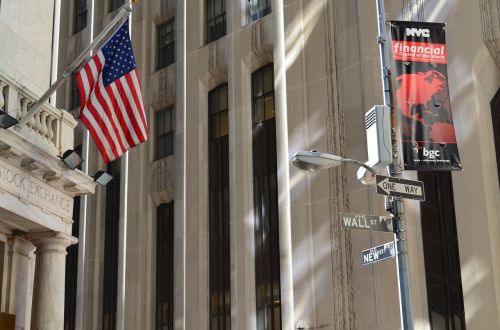 The draft SEC regulation on shareholder proposal and proxy advisory firms will curb the initiative of individual shareholders to improve corporate governance and transparency of public firms, a ProMarket reader writes in the comment he sent to the SEC. “Progress on best practices often depends on the initiative of a few.”

Editor’s note: On November 5, the Securities and Exchange Commission proposed new rules on how proxy advisory firms can advise shareholders on how to vote. The new regulations will impact also how shareholders can have their proposals on the ballots.

Investors who lack time and money to get direct information on the company they own shares in usually hire proxy advisory firms that make recommendations about how shareholders should vote. With the new rules, proxy advisors will have less room for maneuver, and voting against managements’ preferences will be much more difficult and expensive. Firms recommending a vote against executives will have to disclose the methodology of their analysis to companies’ management and will be exposed to a risk of federal litigation if the executives do not consider the methodology appropriate.

In the last two months, ProMarket has published a series of articles on the proposed reform, as well as an episode of Capitalisn’t, the podcast hosted by Luigi Zingales and Kate Waldock. The Stigler Center also organized an event to discuss the potential impact of new SEC regulation with Chicago Booth professor Steven Kaplan and Nell Minow, Vice Chair of ValueEdge Advisors, moderated by Zingales, the Stigler Center’s faculty director and one of the editors of this blog. You can watch the full video of the event here:

ProMarket also invited its readers and contributors to benefit from the opportunity offered by the 60-day period to send their comments on the new draft regulation to the SEC. We promised to award the best comment with a Capitalisn’t t-shirt. We publish the winning comment here on ProMarket. The author is James McRitchie, a shareholder activist and a corporate governance blogger. Here is his comment:

The SEC’s so-called modernization of shareholder proposal rules would significantly reduce the spread of long-term focus and best practices generated by proposals submitted by “gadflies” like myself to make corporations more democratic. Chairman Jay Clayton seems to believe we file unpopular costly proposals:

There is nothing historically unusual about a few shareholders filing most of the proposals. A study of 286 shareholder proposals submitted between 1944 and 1951 found that 137, or 47 percent of all proposals, not just those of individuals, were submitted by the Gilbert brothers (The SEC Proxy Proposal Rule: The Corporate Gadfly, p. 830)

While five individuals may file a disproportionate number of shareholder proposals, that does not mean our proposals lack value. My proposals and my wife’s averaged more than 50 percent support this year. All sought to make corporations more democratic and accountable. (See McRitchie 2019 Proxy Season Win for Market Beta.)

Due to the proposed increased thresholds for submission or increased waiting period, my wife and I would have to wait an extra year or two before filing most of our proposals. We have held about half of the 150 company investments in our portfolio for less than 3 years.

Since we have a diversified portfolio, we have less than $15,000 in each of our newer investments. As a result, the adoption of best practices would take longer… unless CalPERS and others file at hundreds of additional companies each year. As discussed in SEC Proposal to Improve Proxy Voting Advice, although none of the Big Four funds have ever filed a shareholder proposal, they do vote in favor of proposals generally recognized by industry as best practices after years of shareholder advocacy. The Never-Ending Quest for Shareholder Rights: Special Meetings and Written Consent by Emiliano Catan and Marcel Kahan found that

“Out of the 114 firms in our sample that granted that power over 2005-2017, 80% had received a precatory proposal. Relatedly, 84% of the unique firms that received at least one shareholder proposal asking for the right to call special meetings had granted their shareholders that right by the end of 2017…

The proposals were almost exclusively filed by individuals (as opposed to pension funds or other institutional investors). Remarkably, close to 90% of the proposals were filed by members of four families (the Chevedden family, the Steiner family, the Young-McRitchie family, and the Rossi family).”

Progress on best practices often depends on the initiative of a few. Since the average shareholder holds their shares for somewhere between four and eight months, requiring shareholders to hold $2,000 of shares for three years before filing or $25,000 for one year before filing appears entirely unreasonable. The next step might be to deny shareholders the right to vote unless they have hold large value shares or have held shares for three years or more. If that does not protect entrenched boards and managers enough, will we see an old-fashioned poll tax?

Higher resubmission thresholds are often recognized as problematic for environmental and social proposals, but they will also be a problem for governance proposals. For example, it took years and many low threshold votes to reach “consensus” around the terms of proxy access proposals. Resubmissions at many firms would have been prohibited for years under the proposed rule. Therefore, the spread of proxy access provisions, now in place at more than 70 percent of S&P 500 companies and a near majority of the Russell 1000, would have been delayed if the proposed rule had been in place.

The average share of votes in favor of proposals that require corporate executives to disclose political and lobbying spending is trending up. But a new SEC regulation will make it harder to resubmit blocked proposals. https://t.co/GJPhbCcCBm

The proposed rule would also hit shareholders with procedural limitations on our ability to coordinate submissions and require proponents to keep calendars open for the convenience of companies, rather than making normal appointments for negotiations.

Companies are allowed to use the same outside counsel for filing more than one no-action request. Why should shareholders be prohibited from using an agent who has also filed a proposal or has filed a proposal on another’s behalf? The “one proposal” rule should be called the “Chevedden Amendment,” because it is specifically targeted at one individual and those who work with him. Will shareholders seek a “Gibson Dunn Amendment” aimed at cutting down the number of companies any single law firm can represent?

With regard to negotiations, I am always happy to negotiate with companies. For example, I have filed a proxy access proposal at Apple for several years to bring them into best practices with regard to the standard “20 percent or two, whichever is higher” provision regarding the number of nominees. Apple has never been willing to negotiate. I have no problem being available via teleconference 10-30 days after submission of a proposal but it would be unduly burdensome to commit in advance to keep specific days and times on my calendar open in advance, especially when I have no commitment from a company that it is even willing to engage in discussion.

In conclusion, while Chairman Clayton claims to be out to protect the Main Street investors, the proposed rules further disenfranchise us, leaving Mr. and Ms. 401(k) largely dependent on a conflicted Big Four mutual fund families to monitor the same corporations they seek contracts with to administer their retirement services.

The current annual N-PX proxy reporting requirements, promulgated before the widespread use of the internet, obfuscate the ability of investors to compare voting records. Compare the sortable voluntary disclosure of Trillium Asset Management, which often includes voting rationale, with the mandated disclosure of the Vanguard Index Trust Total Stock Market Index Fund, which requires a laborious effort to decipher. A better way for the SEC to evaluate the proxy proposal rules would be to first increase public scrutiny of how funds vote.

Driving competition around votes would drive discussion and the demand for proposals better aligned with investor values. Some shareholders and fund investors may seek better alignment between fund labels, such as “ESG” or “positive impact” and fund voting. Others may focus exclusively on short-term shareholder returns regardless of environmental, social or governance impact. Real-time disclosure in machine readable format will allow us to quickly see which funds are voting with the values of Mr. and Ms. 401(k) and Main Street investors. See my rulemaking proposal File 4-748, Report of Proxy Voting Record.

The SEC should focus on increasing public and investor information, not discouraging the involvement of retail shareholders and fundholders in shaping the world corporations develop on our behalf.