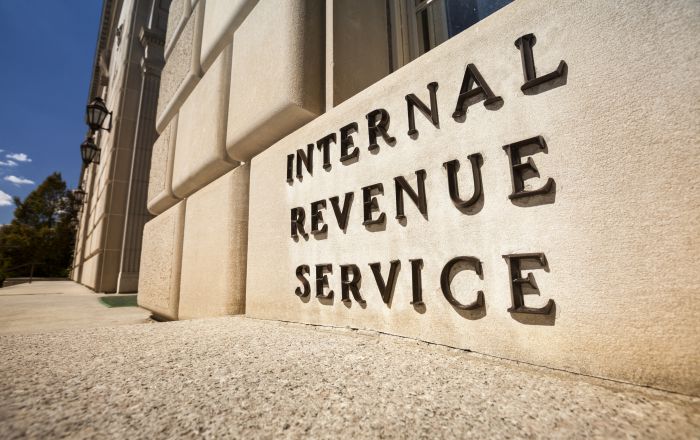 Benjamin C.K. Egerod
Benjamin CK Egerod is a PhD Candidate at the Department of Political Science, University of Copenhagen. He received the Stigler Center's Dissertation Award for the year 2018/19.

A 2000 amendment to the Hart-Scott-Rodino Act made it easier for firms to merge without notifying US antitrust authorities. In new research,...
Read more
Research

How does the revolving door between Congress and corporate America affect the enforcement of tax policy? A new study examines how tax rates change when firms hire former members of Congress, finding that companies’ tax bills and the probability of being audited decrease markedly when they hire a former legislator.

Legislators leaving office for lucrative employment in the private sector are a common feature of modern political life. This is true everywhere in the Western hemisphere. The US is certainly no exception, as the movement of members of Congress into jobs with obvious lobbying components is a constant object for public attention.

One reason for the steady stream of congresspeople walking through the proverbial revolving door between business and politics is that companies are willing to pay huge sums to hire them. Recent research by Max Palmer (Boston University) and Ben Schneer (Harvard University) shows that former governors and US senators are much more likely to serve on corporate boards of directors than candidates who narrowly lost elections for such political positions.

Moreover, Palmer and Schneer find that among former senators, compensation for these part-time positions averages more than $400,000 a year. A good example of such a lucrative revolving door arrangement is the post-electoral career of Indiana Democrat Evan Bayh. Having served first as the governor of Indiana and then as its US senator, he left office in 2011 but made a surprise entry into the 2016 race for his old Senate seat. Upon doing so, his financial disclosure showed that he had earned upwards of $6 million since January 2015. Bayh had made his money through a mix of jobs as an advisor to an investment management company, as a partner in a K Street law firm, and by serving on several corporate boards.

There is nothing inherently wrong with companies paying high salaries to valued employees, and the public’s contempt for legislators receiving high salaries often seems misguided. Many members of Congress are, after all, highly talented individuals with exceptional and rare sets of skills. Problems do arise, however, if former Members are highly valued because they can use their political expertise to bend rules and regulations to favor their employers.

To investigate whether this is the case, I have conducted a study where I collected data on the careers of members of Congress after they leave office. Focusing on the relation between the firms that hire former Members and the Internal Revenue Service (IRS), the study delves into how tax rates change when firms hire former legislators.

The basic pattern is shown in the figure below, where the effective tax rates of firms are plotted during the years leading up to the point in time when they hire a former Member. The average tax rate is very stable during this period (as shown by the solid line indicating the yearly average). In the year after the firms hire a Member, they see a marked decrease in their tax rates.

While these tax avoidance strategies are not necessarily illegal, they can be reversed after the IRS examines a firm’s tax returns and lead to a fine if the position is overly aggressive. Therefore, the more interesting question is whether firms take such aggressive tax positions because they know there is a smaller chance that the practice will be punished. To investigate this, we need data on the IRS’ enforcement activities, which the IRS—for good reasons—is extremely secretive about. However, publicly-held companies often report on their interactions with tax authorities to shareholders. Because of this, there is a lot of information on IRS audits contained in annual reports, and quantifying this can provide a clue as to how firms lower their effective tax rates. Importantly, these data suggest that the average company can expect to see a 13 percentage point decrease in the probability of being audited when it brings a former legislator on board.

Overall, this indicates that the Tax Code is enforced more leniently against politically-connected firms, and that these companies exploit this selective enforcement as a window of opportunity to follow more aggressive tax-planning strategies than they would have otherwise.

Why Do Regulators React to Political Connections?

There are many reasons why the above patterns could emerge, and it is important to note that the effects are concentrated among legislators who used to serve on committees responsible for writing tax policy and overseeing the IRS.

I will briefly consider two explanations consistent with this pattern. Regarding the first explanation, it is important to note that the IRS is highly resource-constrained. This means that the IRS shies away from initiating conflicts with taxpayers who are able to make litigation costly. Viewed in that light, hiring a legislator could be a signal of a firm’s political muscle, especially if the legislator is highly connected and has experience with tax policy—hiring her could project a firm’s willingness and ability to make any conflict regarding its tax returns very costly. This could make the IRS avoid auditing the company’s returns, thereby allowing the firm to pursue a more aggressive tax position than it has done previously.

Second, the Tax Code changes constantly. This is partly due to changes in rules and legislation, but also a continuous stream of court rulings with consequences for the interpretation of the Tax Code. Hiring an expert legislator might help to navigate the uncertainty induced by these constant changes in two ways. On the one hand, former congresspeople might have access to valuable information on future changes to the Tax Code, which firms can incorporate into their tax planning. On the other hand, former legislators with a background in tax policy are likely to have particular knowledge as to how a given court ruling would change IRS practice. One example of how firms could use these sources of information is that they could allow them to use tax benefits that a court ruling or a change in legislation will soon make available. By exploiting such imminent changes before they are common knowledge, firms can lower their effective tax rates without triggering audits.

There are several other possibilities worth mentioning. Some would expect that firms could use legislators’ contacts on Capitol Hill to put pressure on the IRS. Hiring a high-profile Member might also induce bureaucrats to place more trust in the firm. Legislators’ lucrative career move into the private sector could also work as a signal to IRS bureaucrats that the firm is on the lookout for employees with tax expertise. This could make IRS staff treat the firm more leniently.

These potential explanations are all worth speculating about. But it is important to note that for this study, I have not been able to collect evidence on the multitude of possibilities. Instead, future work would be needed to dig further into it.

The Revolving Door, Regulatory Capture and the Distortion of Markets

While I cannot nail down the exact reason why the IRS reacts to revolving door employment in the way it does, the findings still shed new light on political connections gained by hiring former congresspeople. They suggest that one reason why firms are ready to pay extremely large salaries to former legislators is that they have knowledge about how to navigate the bureaucracy that companies deem essential. Hiring a Member enables firms to thwart the enforcement of the Tax Code, allowing them to save money.

Viewed in this light, the revolving door presents an important means of regulatory capture. There is no reason to assume that this capture is unique to the enforcement of tax policy: Legislators from many different backgrounds and with highly varying sets of skills get their share of these high post-elective salaries. While hiring a legislator with expertise in taxation might buy a company a smaller tax bill, this is likely to be but one of the benefits firms get in return for their investment in staff with a political background. Indeed, if the patterns presented in this study result from former Members’ ability to navigate the bureaucracy, as the available evidence suggests, we would expect political connections gained through the revolving door to buy regulatory forbearance more broadly.

Unequal enforcement is a moral issue that should concern anybody interested in the rule of law. But firms exploiting political connections to gain regulatory forbearance is not just a normative problem. Selective enforcement allows politically connected firms to bend the rules of the game to their will. The ability to ignore regulation that applies to other firms gives the politically connected company a leg up on its competitors. If the effect of the revolving door on the enforcement of tax policy holds across different regulatory spaces, we would expect political connections to have a detrimental impact on the functioning of markets, distorting them in favor of firms that hire staff with a background in politics.

Benjamin CK Egerod is a PhD Candidate at the Department of Political Science, University of Copenhagen. He received the Stigler Center’s Dissertation Award for the year 2018/19.

Share
Facebook
Twitter
Email
Previous articleAntitrust Alone Is Not Enough to Combat the Problems Associated With Digital Platforms
Next articleDo the Sons of Rich Families Recover After a Large Wealth Shock? Evidence From the US Civil War