The “Biggest Puzzle in Economics”: Why the “Superstar Economy” Lacks Any Actual Superstars 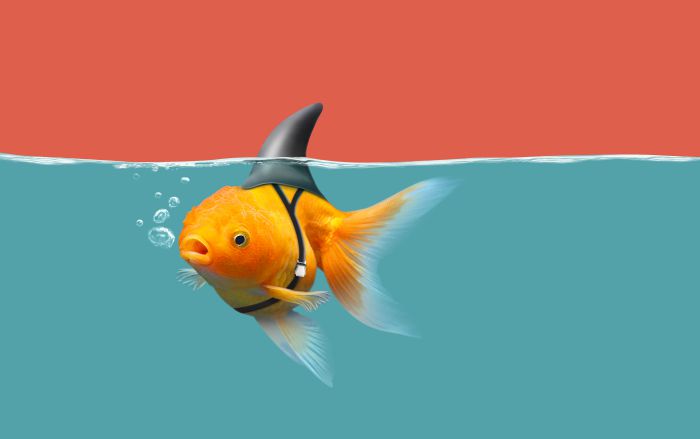 A new study finds that the contribution of superstar firms to US productivity growth has decreased by more than 40 percent over the past 20 years.

We live in an age of superstar firms. While the United States and other Western economies become increasingly concentrated, an ever-decreasing number of large firms now accounts for a growing share of economic activity. This, in turn, translates into massive profits for the Googles, the Facebooks, and the Amazons of the world: A 2018 McKinsey report found that 65 percent of global corporate earnings now go to firms with annual revenues above $1 billion and that among the world’s largest firms, 80 percent of profits go to the top 10 percent.

There are two competing narratives as to what this means. One, backed by a growing body of research that ties the rise of the superstar economy to rising inequality and labor’s falling share of income, argues that today’s winner-take-all markets are at least partly the result of a decline in competition, partly due to lax antitrust enforcement. According to this interpretation, the recent rise of superstar firms reflects entrenched market power that allows for monopolistic markups.

The counter-narrative suggests that today’s superstar firms are simply far better than other companies: more innovative, more efficient, and more productive. The growing profit margins and market share of the superstars, in this version, are the rewards of excellence. The problem, according to proponents of this interpretation, isn’t with the superstars themselves: It’s the rest of the economy that hasn’t caught up.

The second interpretation, however, doesn’t jibe with some economic trends. US productivity growth has been dismal for well over a decade, and economic dynamism and business investment have been declining as well. If the “superstar firms are simply better” narrative is true, if today’s superstar firms are indeed more productive, why is this not reflected in the data?

This question, says NYU professor Thomas Philippon, is “the biggest puzzle in economics today.” To solve it, Philippon and co-author German Gutierrez set out to trace the evolution of superstar firms in the US over the past 60 years. The US economy, Philippon tells ProMarket, has always had superstar firms. In the 1950s and 60s, it was companies like GM, GE, and IBM that dominated various aspects of economic activity. Nowadays, it’s companies like Google, Amazon, and Facebook. Are the superstars of today actually better?

The short answer is “no.” In fact, according to Philippon’s and Gutierrez’s findings, contrary to the popular narrative, superstar firms have not become more efficient or more productive over the years. Perhaps most importantly, the superstars of today contribute less to productivity growth than their counterparts in previous decades: The contribution of superstar firms to US productivity growth has decreased by over 40 percent over the past 20 years.

“When You Check the Data, You Find That Pretty Much Everything People Say Is Wrong”

The study, explains Philippon, was born out of the disconnect between the prevalent economic narrative, the one that says innovation has never been faster thanks to superstar firms like Google or Amazon leading the way, and the far-less-optimistic reality reflected in the productivity growth data.

“If you go to Silicon Valley and talk to VCs, you get the feeling that things are happening at a faster pace today than ever in history. If you look at the actual numbers, it’s never been as bad,” he says. “There are different explanations for that, but one that people keep repeating is that we have a few firms that are doing great, but the rest of the economy sucks. When you check the data, you find that pretty much everything people say is wrong.”

For the purposes of their research, Philippon and Gutierrez define superstar firms as the top 20 firms by market value in any given year (“economy-wide stars”) and the top four firms by market value within each (roughly) three-digit industry (“industry stars”). In line with prior research, they find that today’s superstar firms are not larger than their counterparts in previous decades in terms of employment—Google and Facebook do not hire a lot of workers. In contrast to popular belief, however, they find that the superstars’ footprint in the US economy (measured as domestic sales relative to GDP), as well as their share of market value of equity, have remained pretty constant since 1980.

“If you look at their actual operating income, it’s also not that great,” says Philippon. “The big difference between the superstars of today and those of the past is that superstar firms today pay much less taxes. If AT&T had been paying the same taxes that Apple is paying today, its market cap would have been even higher than it was in the past. That is just plain fact.”

The meat of Philippon and Gutierrez’s study, however, concerns their attempt to trace the contribution of superstars to US productivity growth over time. Historically, they explain, superstar firms like GM or GE have played an important role in facilitating US economic growth. If the contributions of today’s superstars to US productivity growth were suddenly removed, how much would be lost? Not all that much, it turns out.

Still, when they add up the two figures, what Philippon and Gutierrez find is that the contribution of top firms to US productivity growth has dropped by over 40 percent since 2000. “It’s a huge drop,” says Philippon. It’s also one that seems rather intuitive: “Imagine that in the 1960s you were to double the productivity of GM—that would clearly have a huge impact on the economy. If you were to double the productivity of Facebook overnight, it wouldn’t even move the needle. Nothing would happen. You would get slightly better targeted ads, but zero impact on the economy,” he adds.

Why are the superstars of today not pulling the economy as much as the superstars of yesteryear? Philippon believes their findings are consistent with previous studies that show the US has a market power problem. They’re also consistent with two previous studies that the authors published in the past three years. A 2016 paper argued that business investment has declined because rising concentration reduces firms’ incentives to invest. Another, from last year, showed that markets in the European Union are in fact less concentrated and more competitive than markets in the US.

“I travel around the world and the US has the worst cellphone network in the world. How is it that Europe has lower prices and better quality? Somehow they pay half the price and get better connection anywhere. There’s a reason for that, and it’s not that Europeans are more technologically advanced,” Philippon says.

One of the aims of his paper, Philippon adds, is to counter the “crazy argument I’ve heard many times in the US, that ‘At least we have superstar firms’. That somehow Google and Facebook are the redeeming feature of failing to regulate competition in other markets, as if there was a connection between the two. So I wanted to check if these superstars are indeed superstars. And my answer is: No, they are not.”