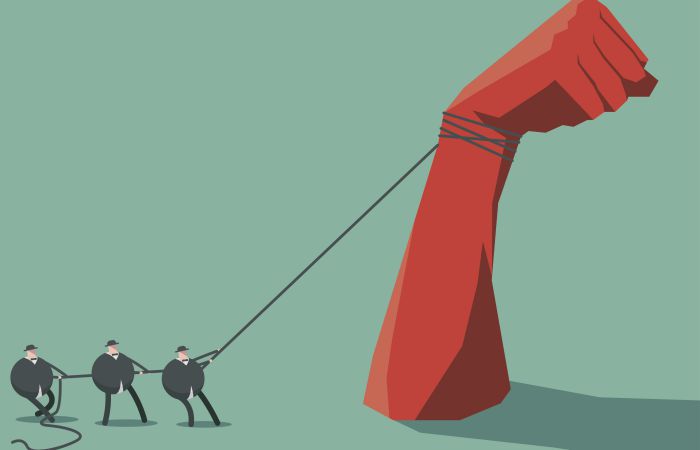 Martin Schmalz
Martin Schmalz is Professor of Finance and Economics at Saïd Business School, University of Oxford. He holds a graduate degree (Dipl.-Ing.) in mechanical engineering from the Universität Stuttgart (Germany) and a M.A. and PhD in Economics from Princeton University (USA) . Prof. Schmalz is the Academic Director of Oxford’s Blockchain Strategy Programme, and co-director of the Open Banking & AI in Finance Programme. He co-authored “The Business of Big Data: How to Create Lasting Value in the Age of AI”, and was featured as one of the “40 under 40” best business school professors worldwide at the age of 33. He was invited to present to regulators and policy makers across the globe, including the US Department of Justice, The White House Council of Economic Advisers, European Commission, European Parliament, OECD, various central banks, and at universities across America, Europe, Asia, and Australia. His prize-winning research focuses on corporate governance and asset management. It has been published in The Journal of Finance, Journal of Financial Economics, and Review of Financial Studies, and was covered, among others, by The New York Times, The Economist, Wall Street Journal, Financial Times, Bloomberg, The New Yorker, The Atlantic, Forbes, Fortune, Handelsblatt, and Frankfurter Allgemeine Zeitung.

Inequality in stock ownership has grown considerably over the past two decades and is far more pronounced than inequality in consumption or income. A new study charts how this is exacerbated by excess market power.

For over a century, the idea of the United States as a “nation of shareholders” has been a powerful one. This notion has its roots in attempts by the New York Stock Exchange to broaden its political base by ensuring that more Americans owned at least a handful of stocks, and Cold War comparisons of the United States as a shareholding democracy with the central planning of the Soviet Union. The myth of a market dominated by “mom and pop” investors has been used to argue that policies which boost corporate earnings are good for all Americans—because all citizens own a stake in America’s corporations.

But stock owners are not a representative cross-section of society. Most stocks are held by the richest. Inequality in stock holding is far more pronounced than inequality in consumption or income. Moreover, while consumption inequality has stayed stable, inequality in corporate equity holdings has grown considerably over the past generation.

We explore the implications of this for one area of the economy: excess market power. Economic theory suggests that monopoly pricing benefits shareholders but hurts consumers. If share ownership and consumption were equally distributed across the population, then we might be less worried about monopolies behaving badly. Excess market power would hurt households in their capacity as consumers, but if everyone equally owned shares in the monopolists, then those same households would enjoy higher stock market returns. Monopoly profits would be returned to stock owning households as partial compensation for the harms they suffered as consumers.

In Inequality and Market Concentration, When Shareholding Is More Skewed Than Consumption (forthcoming later this year in an issue of the Oxford Review of Economic Policy on inequality), we use data from the Survey of Consumer Finances and the Consumer Expenditure Survey to calculate the distribution of consumption, income and corporate equity across US households over a period spanning nearly three decades, from 1989 to 2016.

With income, the story is a familiar one of rising inequality. In 1989 and 2016, the poorest fifth had 3 percent of pre-tax family income. But the top fifth of families saw their share of income rise from 57 percent in 1989 to 64 percent in 2016. Put another way, the bottom group’s share remained miniscule, the top group’s share rose by 9 percentage points (or one-sixth), and middle America saw its share diminish.

To calculate the quantitative impact of market power on the distribution of income, we draw upon a model developed by Sean Ennis, Pedro Gonzaga and Chris Pike at the OECD. In a paper that is forthcoming in the same issue of the Oxford Review of Economic Policy, they show that impact of market power on inequality can be estimated from the average mark-up, the labour income share, average savings rates, the marginal propensity to save, and observed income and wealth shares. When we implement this approach using our data, we calculate that in 2016, removing market power would cause the bottom 60 percent income share to rise from 19 percent to 21 percent, and would cause the top 20 percent income share to fall from 64 percent to 61 percent. In other words, market power contributes to income inequality, but is far from the only driver of inequality.

Our study aims to help draw together two strands of literature. As the World Inequality Report recently showed, most advanced nations have seen an increase in inequality over the past generation. Meanwhile, a growing body of evidence points to an increase in market power, both in terms of rising market concentration and increasing markups. A burgeoning literature suggests that superstar firms are capturing increasingly high market shares, allowing them to use their market position to earn excess profits. Given the inequality in stock ownership, market power may continue to increase inequality in the future.

Joshua Gans is Jeffrey S. Skoll Chair of Technical Innovation and Entrepreneurship and Professor of Strategic Management at University of Toronto Rotman School of Management; Andrew Leigh is Member of the Parliament of Australia; Martin C. Schmalz is Associate Professor of Finance at University of Oxford Saïd Business School; and Adam Triggs is Director of Research at the Asian Bureau of Economic Research at the Australian National University Crawford School of Public Policy. This post originally appeared in the Harvard Law School Forum on Corporate Governance and Financial Regulation and is based on their recent article, forthcoming in the Oxford Review of Economic Policy. The complete article is available for download here.