What Comes After Trickle-Down Trade Liberalization? 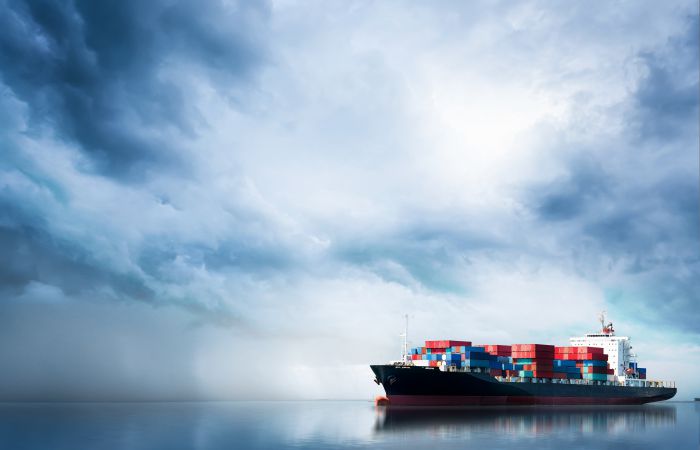 Ganesh Sitaraman
Ganesh Sitaraman is Professor of Law at Vanderbilt Law School and author, most recently, of The Crisis of the Middle-Class Constitution (Knopf, 2017).

The United States needs to rethink its trade policy. A new report offers a blueprint, consisting of ten major reforms. US trade policy is at an inflection point. For decades, the US government pursued trade liberalization regardless of who held the levers of power. Underlying this policy was the implicit assumption that trade liberalization benefitted everyone, with few distributional downsides over time.

Under this assumption, trade liberalization would create some adjustment costs in the short run. Some people would lose jobs, some businesses would contract or close due to foreign competition. But the market would create new and better jobs, new and better businesses. And if workers or businesses needed help adjusting to the changes in the economy, the government could help them directly through adjustment assistance. The benefits of trade liberalization would, in other words, trickle down through a combination of market forces and, if necessary, government assistance.

Nor has government filled the void. Existing adjustment assistance programs have never been up to the task of helping those hurt by trade liberalization. The political backlash that resulted was predictable. In 2016, both presidential nominees opposed the Obama administration’s proposed Trans Pacific Partnership (TPP), a 12-nation pact that President Obama claimed would allow the United States to write the rules of the road for international trade in the 21st century. Since taking office, President Trump has begun a trade war with China, imposing tariffs on billions of dollars worth of Chinese imports; raised tariffs on steel and aluminum in the name of national security; and renegotiated the North American Free Trade Agreement (NAFTA) and the United States-Korea Free Trade Agreement (KORUS), though on terms that differ only slightly from prior agreements and do not obviously help the middle- and working-class Americans clamoring for change.

Some have responded to these actions with excitement, others with confusion or outright opposition. What is clear, though, is that our politics and good policy demand a new blueprint for US trade policy.

In a recent report from the Great Democracy Initiative, we offer just such a blueprint, consisting of ten reforms specific enough that Congress and the executive branch could take them up tomorrow.

These reforms respond to three fundamental challenges which any trade reform proposal must address. First, trade policymakers have not adequately addressed the distributional consequences of liberalizing trade rules over the last few decades. Not only has trade liberalization disproportionately impacted some communities, but these communities have not bounced back from the shocks to their local economies. Internationally, trade agreements have meant the freer flow of capital across borders, but without the simultaneous updating of tax rules. The result has been the creation of tax havens around the world—tax havens that deepen the distributional consequences of liberalization, because they allow corporations and wealthy individuals to avoid paying the full measure of their tax obligations.

Second, the process by which trade policy is made has largely been stacked to favor organized and powerful economic interests—capital and corporations. Unlike the legislative process and even the regulatory process, the domestic process associated with negotiating trade agreements disproportionately gives access to some interest groups while disfavoring the general public and even elected representatives. It is no surprise, then, that trade deals tend to favor these interest groups. Internationally, investor-state dispute settlement (ISDS) procedures are open only to investors, with no comparable procedures open to labor and civil society more generally. Critics have also argued that ISDS procedures are biased in favor of corporate interests, a perception that hurts ISDS’s legitimacy. ISDS cases, for example, are not decided by a standing court staffed by full-time judges, but instead by arbitrators who can also actively represent parties in other disputes.

Third, international trade intersects in important ways with national security policy and domestic economic policy. Unfortunately, though, our trade bureaucracy is designed extremely poorly to address these linkages. Instead of having a single department that handles trade liberalization, trade promotion, economic security, and mitigation of distributional consequences, our government splits these functions across a variety of agencies. This means that there is no single entity responsible for developing a strategy that addresses both the promises and perils of economic engagement. This fragmented organization also works to the advantage of well-funded interest groups (and correspondingly to the disadvantage of less well-resourced groups and the general public) by offering multiple entry points through which such groups can capture public policy. This system makes little sense. In a global context in which some countries use their economic power for geopolitical purposes, international trade and economic security need to be considered in a unified system.

Our recommendations fall into three camps. While space does not permit a lengthy description of each here, we encourage you to read the report for further details. The first set of reforms addresses the domestic trade policymaking process. These include restructuring the Department of Commerce, the United States Trade Representative (USTR), and other agencies into a new Department of Economic Growth and Security.

This new agency would coordinate the different facets of trade policy—economic growth, trade promotion, distributional considerations, and economic security—and have a mandate to think holistically about the different, and sometimes competing, goals that US trade policy should serve. Other domestic reform proposals include increasing transparency and participation in the trade policymaking process; conducting geographic impact assessments of trade agreements to better understand how individual communities and regions are likely to be affected by trade liberalization; and reforming the President’s powers to initiate trade wars.

With respect to trade wars, Cold War-era statutes like Section 232 of the Trade Expansion Act of 1962 and Section 301 of the Trade Act of 1974 currently authorize the president to regulate imports in virtually any manner he sees fit without any participation by Congress and limited, if any, judicial review of the merits of the president’s actions.

Section 232, for instance, allows the president to take any action he deems necessary to “adjust the imports” of any product he and the Secretary of Commerce deem a threat to national security. In turn, the statute defines national security to include virtually any aspect of the national economy, including “the economic welfare of individual domestic industries; and any substantial unemployment, decrease in revenues of government, loss of skills or investment, or other serious effects.” At the same time, the statute does not require the president to explain how he balanced these factors when they conflict, as they virtually always will. The result is a statute that authorizes the president to regulate the national economy for any reason he sees fit and without any checks. President Trump has used this authority to impose 25 percent tariffs on steel imports and 10 percent tariffs on aluminum imports. On August 10, 2018, President Trump doubled the tariffs on steel imports from Turkey to 50 percent by tweet. Our reforms would ensure that such decisions are subject to judicial review on their merits.

The second set of reforms seeks to rebalance US trade agreements by both conditioning preferential access to US markets on addressing tax havens and reforming the investor-state dispute system. The final set of recommendations addresses the domestic distributional consequences of trade head on. We propose expanding enforcement of labor and environmental issues; including a new Development Chapter in US trade agreements that would enshrine a commitment by the United States (as well as its trading partners) to invest in domestic economic development projects, particularly in areas adversely-impacted by trade liberalization; and funding adjustment assistance by coupling trade agreements with a tax on the winners from trade liberalization.

“The American public,” Teddy Roosevelt once said, “does not wish to see the tariff so arranged as to benefit primarily a few wealthy men.” Yet for too many Americans, both past and present US trade policy has done just that. The resulting crisis in US trade policy is an opportunity to do better.