The Elephant in the Market Power Debate 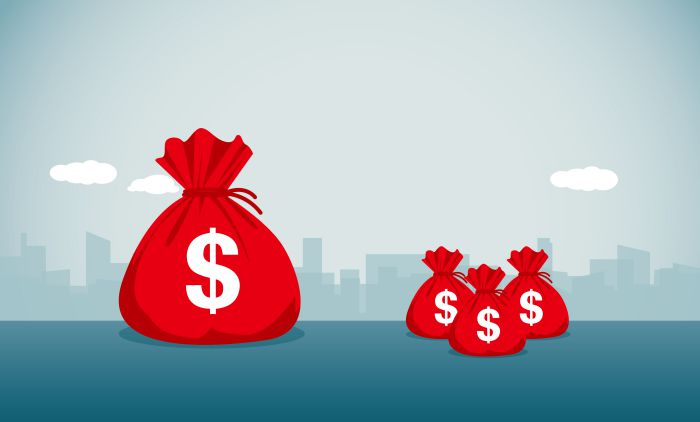 A 2000 amendment to the Hart-Scott-Rodino Act made it easier for firms to merge without notifying US antitrust authorities. In new research,...
Read more
Big Tech

Profits are the ultimate sign of market power. But for the past 40 years, economists and antitrust practitioners have disparaged the measurement of profit margins as unreliable. That needs to change, and new scholarship showing rising margins across the economy is leading the way. And yet antitrust can only be about profits. For without profits in excess of those earned under competition, there can be no harm to competition and therefore no inefficient reduction in output, undemocratic increase in political power, or incentive for or against innovation. Profits are the ultimate measure of market power.

It follows that the central quantity of antitrust, the thing that must be measured and acted upon, is the profit level—what economists call margins. If margins cannot be measured, or at least guessed, then there can be no antitrust in practice, for there can be no other way of observing market power.

The argument of the Chicago School, starting in the 1960s, that margins cannot reliably be measured, therefore created an existential crisis for antitrust, one that led to great reductions in antitrust enforcement, and a consensus that antitrust should act timidly, if at all.

But skepticism about margins did not lead to a repeal of the antitrust laws. And so a peculiar détente between the Chicago School and the world of antitrust practice has prevailed for the past forty years, in which practitioners—including agency staff and the academics who serve as experts in antitrust cases—on the one hand pay lip service to the immeasurability of margins but on the other hand measure them all the time in their antitrust work.

Profits became the elephant in the room.

This détente has come under stress in recent years, but not from a direction you might expect. The stress has come not from advocates of antitrust reform associated with the Open Markets Institute, but instead from a new group of economists who have dared to take margins seriously again.

They have shown abnormal expansion in margins over the past two decades or so, a period that corresponds uncannily to that over which antitrust enforcement has been in decline. None of the variables you might think would account for increased profitability, such as increased investment in new technologies, explain this trend.

The explanation that leaps out, one that these scholars have not been able to explain away with their data, is that firms have been leveraging the greater market power permitted to them by Chicago-School-inspired declines in antitrust enforcement to extract more profits from markets. This conclusion has been supported by data showing an increase in overall market concentration over the past twenty years, an increase in concentration in labor markets, and a corresponding stagnancy in wages. The absence of expanded margins in Europe, which unlike the United States has not seen a decline in antitrust enforcement, also supports this inference.

Much of this evidence was brilliantly summarized by leading antitrust economist Fiona Scott Morton in her keynote address at the 2018 Mannheim Centre for Competition and Innovation Annual Conference, and again by former FTC chief economist Jonathan Baker in remarks at the FTC hearings this fall, signaling that this work may be making its way into the antitrust mainstream.

The Incoherence of the Margins Détente

The incoherence of the détente that these scholars are undermining was on display at Harvard Law School this past November, where, as part of a conference sponsored by Competition Policy International and the Computer & Communications Industry Association, some academics pushed back against the challenge posed by the new margins work.

At the first panel of the day, distinguished NYU economist Lawrence White decried the failure of the margins economists to learn the lesson that an earlier generation of antitrust economists learned in the 1970s from their encounter with Chicago School skeptics.

Those skeptics had argued that costs are almost impossible to define, let alone measure, and without a reliable measure of costs, a reliable measure of margins—defined as the difference between prices and costs—is also impossible. Costs, emphasized the skeptics, include not just the prices of commodities, like fuel and computers, but also the costs of keeping top management talent, promoting creative thinking within the firm, attracting investment in risky ventures, insuring against future shocks, and acquiring many other inputs that are difficult to price. What looks like profit today, they argued, is the cushion that means the difference between success and bankruptcy tomorrow.

White here invoked noted mid-20th-century industrial organization economist Leonard Weiss, who was once a staunch believer in margins analysis, but who, according to White, eventually accepted Chicago’s skepticism and moved on. Today’s margins work, argued White, is ignoring the lesson that Weiss learned. In White’s view, all the supposed evidence of rising margins is just so much statistical froth.

But to what exactly did Weiss move on forty years ago? According to White, it was the view that prices, rather than margins, should be used to measure market power. According to this price-effects approach, if statistical analysis shows that a suspect firm—or merger—has experienced price increases that cannot be explained by extraneous factors, such as an increase in input costs, or a change in demand, then it is safe to assume that the price increases reflect market power. The apparent beauty of this method is that there is no need to measure margins.

But the ability of this approach to avoid the measurement of margins is superficial. Controlling price effects for input costs, which is an essential part of the price effects approach, is actually just a crude way of measuring margins. Antitrust economists may claim that price effects get them around the measurement problem, but in fact price effects do not. Prices can only ever be one half of the margins formula, a formula that requires consideration of costs as well.

To their credit, antitrust practitioners have not in fact gone on simply to measure price effects without paying any attention to costs, but instead have soldiered on measuring margins. As one popular introductory antitrust textbook puts it in describing a contemporary workhorse approach to measuring market power: “The only firm-level data needed for this method are those on . . . price, quantity, and firm-specific cost.” So much for getting around the measurement of margins, with its attendant problem of measuring costs.

White inadvertently highlighted the inescapability of the need to measure margins in order to do antitrust when he went on to discuss antitrust’s famous “cellophane fallacy,” which happens to teach precisely that prices alone tell us nothing about margins.

The cellophane fallacy takes its name from a 1956 case in which the Supreme Court incorrectly relied on evidence that DuPont could not profitably raise prices to conclude that DuPont had no power in the packaging market. The court’s mistake was ignoring the possibility that DuPont had already exercised its power to raise cellophane prices above costs, and simply could not milk any more profit from the market through further price increases. The direct implication of the cellophane fallacy is that only the measurement of margins—whether prices are in fact above costs—can answer the market power question.

At the conference, White seemed to rely on the cellphone fallacy to make a different argument: that because price effects are unreliable signals of market power, antitrust practitioners should be even more timid in their conclusions than they are today. But the case stands equally for the proposition that because measuring margins is essential to identifying market power, antitrust should end the détente and put its faith back into margins analysis once again.

I put the contradiction of an antitrust establishment that both disparages and practices margins analysis to the panel that day, and the responses were highly instructive. Bruce Kobayashi, current head of the FTC’s Bureau of Economics, stated that “everything” the Bureau does involves the measurement of margins. Antitrust cannot function without it.

And White, to his credit, threw up his hands, seemingly agreeing that there is a contradiction: either we doubt the measurability of margins, or we have an antitrust enterprise. But we cannot have both.

Perhaps the new scholarship will renew faith in the power of economics to measure margins, but even if it does not, we need to come to terms with the fact that the actions of antitrust practitioners have already spoken louder than their words. In continuing to muddle along measuring margins while professing not to be able to measure them, the antitrust establishment has been telling us for decades that yes, you can measure margins, and run an entire policy sector based on them.

Recognizing that fact may be all we need to cure antitrust of its present timidity.

For more on how to reform antitrust enforcement, check out this three-part series on US antitrust law by the Capitalisn’t podcast: