Inside Tech’s “Kill Zone”: How to Deal With the Threat to Edge Innovation Posed by Multi-Sided Platforms 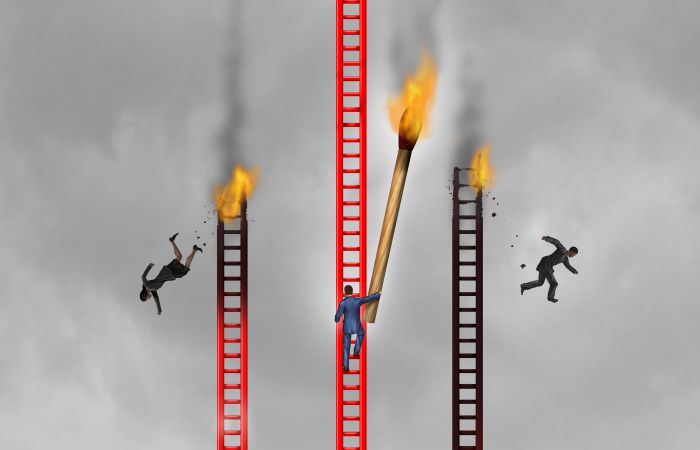 A 2000 amendment to the Hart-Scott-Rodino Act made it easier for firms to merge without notifying US antitrust authorities. In new research,...
Read more
Fiscal Policy

Dominant tech platforms can exploit the vast amounts of user data available only to them to squash startups and independent providers. Hal Singer offers ways to protect against this threat to edge innovation.

Editors’ note: In the last few weeks, the Federal Trade Commission has been holding a series of public hearings to discuss whether competition enforcement policies should be updated to better reflect changes in the US economy, namely market concentration and the proliferation of new technologies. The FTC hearings, which will be held throughout the fall and winter, cover topics as varied as privacy and big data, the consumer welfare standard in antitrust and labor market monopsonies. In order to provide ProMarket readers with a better understanding of the debates, we have asked a number of selected participants to share their thoughts on the topics at hand.

You can read all previous installments here.

Dominant tech platforms have the incentive and ability to leverage their platform power into adjacent markets by vertically integrating and then favoring their affiliated content, applications, or wares in their algorithms and basic features. A platform owner should be concerned for the overall health of its ecosystem, which in theory would discourage it from squeezing complementors; but that calculus goes awry when a platform enjoys monopoly power and can take its customers for granted*.

Dominant tech platforms can also exploit the vast amount of user data made available only to them by monitoring what their users do both on and off their platforms, and then appropriating the best-performing ideas, functionality, and non-patentable products pioneered by independent providers. If these practices are left unchecked, the resulting competitive landscape could become so inhospitable that independents might throw in the towel, leading to less innovation at the platforms’ edges.

In a recent issue of The Economist, venture capitalists referred to the area around the tech giants in which startups are squashed as the “kill zone.” Classic examples of new ventures that have flown too close to the sun include Diapers.com, BareBones WorkWear, and Beauty Bridge (in Amazon’s orbit); Foundem.com, TripAdvisor, Shopping.com (in Google’s orbit); and also Snapchat, Timehop, and Grubhub (in Facebook’s orbit). A 2017 survey of two dozen Silicon Valley investors suggests that Facebook’s appropriation of app-functionality from edge rivals is “having a profound impact on innovation in Silicon Valley.”

Some new findings are consistent with independents throwing in the towel or not getting funded. Per Crunchbase data, venture investing inside of tech, as measured by the number of deals, has declined since 2015 on average by 23 percent in the United States and by 21 percent globally; in contrast, venture capital investing outside of tech increased over that same period, suggesting that the problem might be tech-specific. New research by Ian Hathaway using PitchBook data reveals that broadly defined industries in the Amazon/Google/Facebook orbit experienced a collapse in first financings since 2015, a reduction not observed in comparable tech sectors.

There are three basic approaches to dealing with this threat to edge innovation. First, we could lean on antitrust enforcement to police discrimination pursuant to the consumer welfare standard. Second, we could police these episodes on a case-by-case basis pursuant to a non-discrimination standard—instead of having to prove harm to consumers, a complainant would have to prove that it was discriminated against by the platform on the basis of its lack of affiliation and, as a result, was materially impaired in its ability to compete effectively. Or third, we could erect structural barriers via legislation to prevent dominant platforms from annexing ancillary markets.

I am on Team Non-discrimination, but before I defend its merits, let me briefly discuss the demerits in the approaches of the two other approaches. The antitrust path leads to under-enforcement because judges increasingly interpret the consumer welfare standard to require demonstration of a tangible, short-run harm to consumers, and because most episodes of discrimination will not produce a price, quality**, or output effect. Moreover, the snail’s pace of antitrust adjudication ensures that edge innovation would be dead by the time relief could be administered.

On the other side of the spectrum, structural separation is a messy undertaking—how one draws the boundaries around a platform’s core mission is not straightforward. Not all ancillary offerings require the same level of ingenuity or creativity, and thus not all verticals present the same welfare tradeoffs. Barring Google from incorporating a commodity feature such as answering a math problem, while beneficial to rival math apps, would likely reduce the welfare of users in the short run without any offsetting innovation gain.

Finally, structural separation can always be imposed after less invasive, behavioral remedies have been deployed without success.

From an economic perspective, the problem is not vertical integration per se. The problem arises when vertical integration is followed by discrimination in an adjacent market that entails innovative or creative energies—that is, in verticals where the best source of content is likely from independents. When Google began answering math problems, some independent math apps were undoubtedly injured; but was that vertical so commodity-like that Google’s invasion would not threaten edge innovation in future periods? Other verticals such as curating reviews of local doctors or restaurants might entail more creativity and therefore deserve greater scrutiny. Under a non-discrimination regime, Amazon would be free to sell private-label masks, and Google would be free to collect and attempt to organize its own restaurant reviews.

But as soon as these platforms vertically integrate, they would be subjected to a non-discrimination standard. This standard would be enforced via a complaint-driven process, initiated by the party alleging discrimination. The standard would prevent Google from limiting its search results for local doctors or local restaurants to Google-affiliated web properties; instead, Google would be required to run its PageRank algorithm across the entirety of the public web for local searches. Under a non-discrimination standard, a vertically integrated Google could discriminate in its organic search results in every dimension save one—whether the results are affiliated with Google.

An added benefit of my approach is that it borrows from the solution to a nearly identical problem concerning vertical integration by a dominant platform in the late 1980s and early 1990s. The dominant platform of that era was owned by cable operators, many of whom vertically integrated into cable programming such as home shopping networks. Based on a handful of compelling anecdotes, which revealed the vulnerability of independent cable networks operating at the “edge” of the cable platform, Congress created a specialized, dispute-resolution process that operated outside of antitrust and provided a forum for independent networks to lodge discrimination complaints against vertically integrated cable operators. The protections were not supported by an econometric proof of diminished edge innovation owing to discrimination, but instead were motivated by a simple political preference—that independent networks were an important source of innovation in content and were deserving of protection.

To create similar protections for independent content providers of the Internet era, Congress would have to pass a law with a private right of action, which would give excluded independents the right to sue for lost profits (not treble damages) and injunctive relief. It could give the FTC power to resolve these matters administratively, or private parties could develop federal common law on this issue by trying cases before Article III judges.

So, I have a modest proposal: The FTC should pursue a Section 2 case against a tech platform when the harms manifest as a price, output, or quality effect. In the absence of a tangible consumer injury, the FTC could pursue a Section 5 case by treating discrimination as an unfair practice. In any event, at the end of its competition hearings, the FTC should ask Congress to give the agency a new source of authority to adjudicate complaints against vertically integrated tech platforms pursuant to a nondiscrimination standard. The FTC already has an administrative law judge. Now it just needs a mandate from Congress and some complaints to protect edge innovation.

**An exception to this general rule is when a search platform degrades its search results so as to promote its affiliated content. See, e.g., Michael Luca, Sebastian Couvidat, William Seltzer, Timothy Wu, and Daniel Frank, Does Google Content Degrade Google Search? Experimental Evidence, Harvard Business School Working Paper 16- 035 (finding that hen Google was induced to revert back to its organic search results, the rankings of competing independent properties were elevated in Google’s search, and users were 40 percent more likely to engage with the search results, as measured by click activity).

Hal J. Singer is a managing director at Econ One Research, a senior fellow at the George Washington Institute of Public Policy, and an adjunct professor at Georgetown’s McDonough School of Business. He is also the co-author of the e-book The Need for Speed: A New Framework for Telecommunications Policy for the 21st Century (Brookings Press 2013), and co-author of the book Broadband in Europe: How Brussels Can Wire the Information Society (Kluwer/Springer Press 2005). He is a recipient of the 2018 Antitrust Enforcement Award from the American Antitrust Institute for his work In Re Lidoderm Antitrust Litigation.