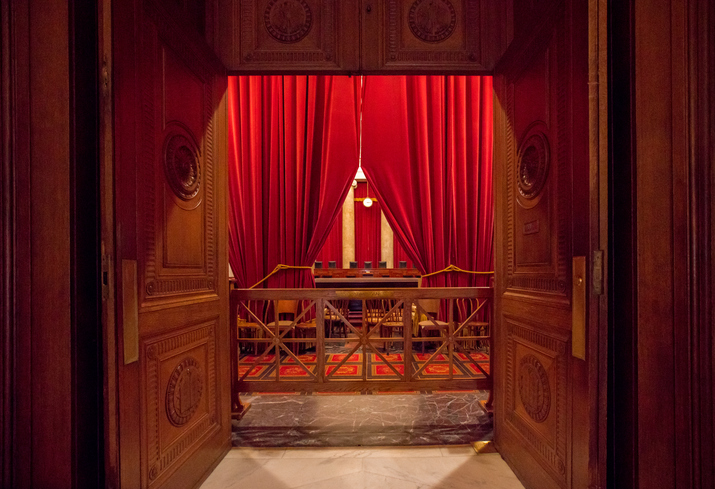 A 2000 amendment to the Hart-Scott-Rodino Act made it easier for firms to merge without notifying US antitrust authorities. In new research,...
Read more
News

Throughout his judicial career, the US president’s latest nominee to the Supreme Court, Brett Kavanaugh, has written three antitrust opinions. Here, Stephen Calkins of Wayne State University Law School reviews the trends that emerge from those opinions.

A Justice Kavanaugh—this comment simply assumes that he will be confirmed—would become the second Trump-appointed aggressively conservative, pro-business justice. Nominated at age 53, he could be expected to serve for decades.

This commentary reviews Judge Kavanaugh’s antitrust opinions.1 He has dissented from two D.C. Circuit decisions that acceded to government requests to block mergers: United States v. Anthem, Inc.;2 and FTC v. Whole Foods Market, Inc.3The first, preventing a 4-3 merger of health insurance carriers, turned largely on arguable efficiencies. The second, objecting to the merger of the two largest “premium, natural, and organic supermarkets,” turned principally on market definition. Judge Kavanaugh also addressed antitrust in his concurring opinion in Comcast Cable Communications, LLC v. FCC,4in which the Court rebuffed the FCC’s order requiring Comcast to carry the Tennis Channel on equal terms with comparable Comcast-owned offerings. The Court reached this result on narrow grounds. Judge Kavanaugh separately wrote a sweeping opinion disagreeing with the FCC and saying that statutory language authorizing regulations to prevent conduct that “unreasonably restrain[s]” a rival from “compet[ing] fairly by discriminating . . . on the basis of affiliation or nonaffiliation” (a) must have meant (no citation of Chevron) to allow only duplication of antitrust law, and (b) must have meant that all vertical restraints are per se protected at least absent proof of market power – which he concluded that Comcast did not have — and (c) that’s a good thing, because the First Amendment protects Comcast’s “editorial discretion” about whether to carry the Tennis Chanel.

All three opinions are impressive in their incisiveness and sweep. In Whole Foods he set out a separate view of what the FTC must prove to block a merger (see below). Anthem was significantly about whether a merged insurance company’s enhanced bargaining clout was an efficiency (hurrah!) or anticompetitive (boo!).5 Judge Kavanaugh, having concluded that the merger would substantially reduce prices, would have remanded for a determination of whether lower rates would have resulted “because of its [the merged firm’s] unlawful monopsony power in the upstream market.”6 This approach grapples with the central issue in a way different from the majority. (Mind you, a critic would say that it would likely result in the merger’s approval—a combined market share of 47 percent is deeply troubling in a merger case but not in a monopoly case.)

Judge Kavanaugh took a separate tack even in Comcast, where he and Judge Edwards easily could have left the Court’s opinion alone. Instead, Judge Edwards wrote out his view that the statute of limitation provided an independent reason to rule for Comcast,7 and as set out above Judge Kavanaugh added a second, sweeping, reason to reverse.

Judge Kavanaugh showed little of the normally appropriate skepticism of claims by defense expert witnesses. In Anthem he twice referred respectfully to McKinsey as “an independent consulting firm” and then wrote that “Anthem-Cigna’s expert, Dr. Israel, worked independently of the [Anthem-Cigna] integration team, but he came to a similar conclusion.”8 No judge as experienced as Judge Kavanaugh should be surprised when someone paid a handsome fee in the hope that they will reach a favorable conclusion in fact reaches such a conclusion. And Anthem was a case in which one of the two merging parties disputed the projections! Earlier, in Whole Foods, Judge Kavanaugh quoted vague assertions by defense expert David Scheffman (“‘supermarkets are competing vigorously,’”9 ) as though that proved something important (it did not).

“Modern antitrust” is a favorite Judge Kavanaugh concept. “Modern” appears six times in the Anthem dissent,10 four in Whole Foods. What is not modern to Judge Kavanaugh is Brown Shoe Co. v. United States,11 which he describes as a “1960s-era relic” with “loose antitrust standards” and “free-wheeling antitrust analysis” that “has not stood the test of time” and has been pushed “to the jurisprudential sidelines” where its test for market definition is “moribund.”12 In words quoted in full in both dissents, Robert Bork’s Antitrust Paradox colorfully states as follows: “‘It would be overhasty to say that the Brown Shoe opinion is the worst antitrust essay ever written…. Still, all things considered, Brown Shoe has considerable claim to the title.”13 “Modern” did not make it into Comcast, but that opinion again quoted from Bork’s Antitrust Paradox and more generally referred to “the lead of the Supreme Court and influential academic literature on which the Supreme Court has relied in the antitrust field.”

Judge Kavanaugh also likes clocks. In Whole Foods, he wrote that the FTC’s position “calls to mind the bad old days when mergers were viewed with suspicion regardless of their economic benefits” (citing Bork). Kavanaugh “would not turn back the clock.”14 In Anthem: “For the majority opinion, we are apparently stuck in 1967. The antitrust clock has stopped.” 15

On the other hand, judges in the majority accuse Judge Kavanaugh of interpreting the law with wishful thinking. See Anthem, (“. . . our dissenting colleague applies the law as he wishes it were, not as it currently is”16) and Whole Foods (“In his zeal to reach the merits and preempt the FTC, it is in fact our dissenting colleague who ignores both circuit precedent and 13(b).”17 )

Although Judge Kavanaugh is justified in writing that the Anthem majority shows more respect for FTC v Procter & Gamble Co.18 than may be necessary, he shows less respect for Brown Shoe and Philadelphia National Bank than a court of appeals judge should. His Anthem concurrence states that the Supreme Court in General Dynamics and GTE Sylvania “indicated that modern antitrust analysis focuses on the effects on the consumers of the product or service, not the effects on competitors,” and goes on to say that “the Supreme Court in the 1970s therefore shifted away from the strict anti-merger approach that the Court had employed in the 1960s in cases such as” Brown Shoe and Philadelphia National Bank.19 But GTE Sylvania was not a merger case, and General Dynamics had limited effect. Although Judge Kavanaugh may not like it, substantial parts of Brown Shoe and Philadelphia National Bank remain good law and are regularly cited by appellate courts.20

In Comcast, the three judges were in accord if with separate views. One small point: Judge Kavanaugh supported a declaration that absent market power vertical integration and restraints “are procompetitive” in part by quoting Areeda and Hovenkamp’s statement that vertical integration “‘is either competitively neutral or affirmatively desirable’”).25

Finally, a point related to the preceding one: Judge Kavanaugh sometimes takes a concept and pushes it further than it deserves. We just noted that he views vertical restraints and integration, absent market power, not as neutral or procompetitive, but rather as procompetitive, full stop. In Whole Foods, Judge Kavanaugh appreciated the Merger Guidelines’ hypothetical monopolist SSNIP test for market definition (would a hypothetical monopolist raise prices by a small but significant non-transitory amount), but misread it to establish the test for blocking a merger: “If the merged entity could profitably impose at least a five percent price increase . . . then . . . the proposed merger likely would substantially lessen competition . . . .”26 That is simply wrong. The SSNIP test for market definition does not immunize mergers likely to increase prices by three or four percent. Similarly, the 2010 Merger Guidelines set out that one first evaluates the likely competitive effect and then asks “[w]hether cognizable efficiencies resulting from the merger are likely to reduce or reverse” those effects.27 But Judge Gorsuch seemed to treat efficiencies as part of the Government’s case in chief: “The case law of the Supreme Court and this Court, as well as the Government’s own Merger Guidelines, establish that we must consider the efficiencies and consumer benefits of a merger together with its anti-competitive effects.”28 In fact, the leading D.C. Circuit case on efficiencies, which Judge Kavanaugh cited, clearly treats efficiencies as a defense.29 Any prosecutor would prefer to have efficiencies considered not “together” with other evidence, but as a defense, so the distinction is important.

Justice Kennedy was a conservative, pro-business justice including in his antitrust jurisprudence. A Justice Kavanaugh will be the same or perhaps a bit more conservative. (Justice Kennedy supported the FTC in both FTC v. Actavis, Inc., 133 S. Ct. 2223 (2013), and California Dental Ass’n v. FTC, 526 U.S. 756 (1999).) The biggest difference (beyond mere age) lies in the aggressiveness of the conservatism. Judge Kavanaugh shows real passion about promoting “modern” antitrust, largely as set out in Bork’s 1978 Antitrust Paradox. This seems likely to result in energetic questioning of antitrust plaintiffs (readers should listen to Justice Gorsuch dominate the first four and a half minutes of the American Express argument) and in creative, forceful setting out of antitrust standards generally favorable to defendants.

Stephen Calkins is a Professor at Wayne State University Law School and formerly General Counsel to the FTC and Commissioner on the Irish Competition and Consumer Protection Commission.