Does Ownership of Financial Assets Lead Voters to Support Republicans? 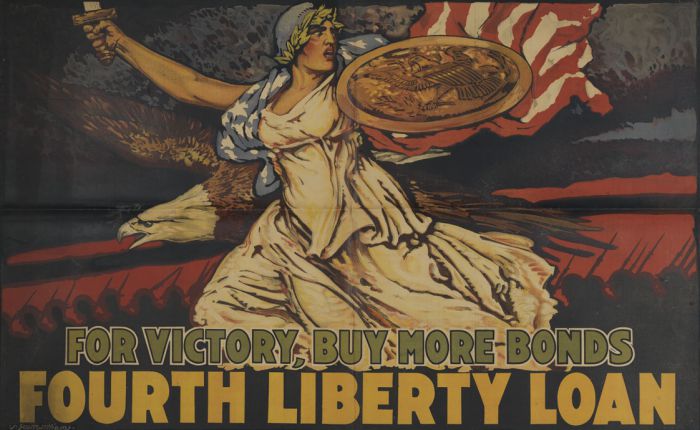 Wendy M. Rahn
Wendy Rahn is Professor of Political Science at the University of Minnesota.

Eric Hilt
Eric Hilt is Professor of Economics at Wellesley College, and a Research Associate of the NBER. Professor Hilt's work is focused on American economic history. He is Co-Editor of the Journal of Economic History.

Does owning financial assets lead voters to support Republicans? New research on the liberty bonds of World War I suggests the story may be more complex.

Scholars and pundits alike have long argued that ownership of financial assets influences political behavior. Holding a stake in financial markets, the theory goes, causes households to identify as members of the investor class, shifting their preferences toward business-friendly policies. Some researchers have claimed that the growing number of American households with 401(k) plans has contributed to support for Republican congressional candidates (Duca and Saving, 2008). And there is even some evidence that the Bush administration’s 2005 proposal to privatize Social Security was partly motivated by this theory; by further reconfiguring retirement finance, they sought to shape the preferences of the electorate (Conlan 2008). Grover Norquist, of Americans for Tax Reform, argued that the creation of private Social Security accounts would help make the Republican Party a “true and permanent national majority” (WSJ, 28 Feb 2005).

Yet the political consequences of public policy changes that make financial assets more widely held may not be so simple. Owning financial assets exposes households to the flows of income they produce, but also to the fluctuations in those flows of income. In response to such fluctuations, voters who were induced to hold financial assets may be inclined to punish incumbents when markets perform poorly, or reward them in response to strong returns. Research by political scientists and economists has concluded that voters’ choices are often driven by backwards-looking assessments of how well the government has performed during an incumbent’s tenure (e.g., Achen and Bartels, 2016; Healey et al., 2017). This suggests that owning financial assets does not necessarily lead voters to support Republicans, but instead induces a new set of pocketbook voting concerns focused on the performance of financial markets.

In our paper “Financial Asset Ownership and Political Partisanship: Liberty Bonds and Republican Electoral Success in the 1920s,” we study the electoral consequences of the liberty bond drives of World War I, which induced millions of American households to purchase government bonds for the first time (Hilt and Rahn, 2018). Prior to World War I, very few Americans held financial assets other than bank accounts. But during the war, the federal government sought to get as many households as possible to purchase war bonds, because it was believed that the ownership of those assets would strengthen support for the war effort. So the wartime liberty loan campaigns were conducted on a massive scale, involving more than two million volunteers, huge rallies, participation from organizations ranging from the Boy Scouts to women’s clubs, and an unprecedented propaganda campaign. Ordinary citizens subscribed to the liberty loans at extraordinary rates, and by 1919 the fraction of American households that owned a liberty bond was likely greater than the percentage of modern American households that own stocks. Historians have argued that the liberty bonds had effects similar to those of modern “ownership society” theories, increasing support for business-friendly policies (Ott 2011).

But widespread ownership of liberty bonds meant that a large share of the US electorate held financial assets whose value was sensitive to fluctuations in financial markets. And beginning in late 1919, in an effort to restrain the growth of credit and prices, the Federal Reserve enacted a series of extraordinary increases in interest rates. This caused the market prices of liberty bonds to fall as their yields rose, and millions of American households suffered capital losses. Ultimately the Fed began to ease interest rates, causing liberty bond prices to rise again.

Figure 1 shows what happened. The Fed’s discount rate (Panel A) was raised from four percent to seven percent in a series of dramatic rate increases beginning in late 1919. And in response, the price of the fourth liberty loan (Panel B)—the most widely held of the liberty bonds, with more than 20 million owners—fell to about 85 percent of the price subscribers paid for it. Then beginning in 1921 the Fed began to lower interest rates, and by the time of the 1924 election, liberty bond prices had risen back to par.

Using data on liberty bond subscription rates by county, we test whether the ownership of liberty bonds led to changes in voting outcomes in presidential elections in the 1920s relative to those in the previous decade. The 1920s were a period of Republican dominance in presidential politics, with Harding, Coolidge, and Hoover winning substantial majorities of the popular and electoral votes in 1920, 1924, and 1928. We argue not that voters supported Republicans because they were the owners of financial assets, but instead that voters responded to changes in liberty bond prices by voting against the incumbent Democrats when their liberty bonds depreciated in value in 1920, and in 1924 voted for the incumbent Republicans after the liberty bonds rose in value.

Liberty bond subscriptions may have been influenced by unobservable county attributes not reflected in historical voting patterns. To address this possibility, we instrument for liberty bond participation using a measure of the predicted local severity of the fall 1918 influenza epidemic. The most lethal wave of the epidemic, which occurred in October 1918, coincided with the fourth loan drive. Treasury officials stated that the epidemic created “a great handicap” for the loan campaign. Our measure of the predicted severity of the influenza epidemic is based on a county’s distance to large military training camps, which were the most likely source of the epidemic within the civilian population. Our instrumental variables estimates of the effect of liberty bond ownership on the Democratic Party vote share indicate that a one-standard-deviation increase in a county’s liberty bond participation rate led to a decrease in the Democratic share in presidential elections of 3.3 percentage points on average over the 1920–32 period.

To assess whether the electoral effects of liberty bonds could have been decisive, we estimate the same empirical model using state-level data. We focus on the 1920 presidential election, in which Democrat James Cox won only 12 states and Harding won 37, for electoral vote totals of 127 to 404. Counterfactual estimates of the Democratic Party vote share for the 1920 presidential election by state indicate that in the absence of the liberty bonds, the Democratic Party would have won 12 additional states, but would still have lost the electoral vote. That is, the effect our analysis attributes to liberty bonds contributed significantly to Republican electoral margins but was unlikely to have been decisive.

Liberty bond prices were much discussed during the presidential campaigns of the 1920s; both the 1920 and 1924 Republican Party platforms and campaign advertisements mentioned them. But they shaped the politics of that decade in ways that went well beyond influencing election outcomes. For example, among the most contentious issues in 1920s politics was the plight of World War I veterans, and proposals to pay them a bonus in compensation for the low value of the wages they had received during the war. Harding rejected such proposals during the 1920 campaign, arguing that the additional borrowing they required would cause a further decline in liberty bond prices. The depreciated liberty bonds created a large class of frustrated securities owners, who became receptive to Republican arguments for lower levels of federal spending.

The lessons of the liberty bonds were not lost on policymakers who served in later Democratic administrations. Subsequent programs to sell government bonds to the public during the Great Depression and World War II were made non-negotiable, meaning that their future values were fixed, and followed a schedule of redemption prices. This protected purchasers from fluctuations in their value, thus eliminating the possibility of voter backlash against drops in bond prices.

Eric Hilt is Professor of Economics at Wellesley College, and a Research Associate of the NBER.

Wendy Rahn is Professor of Political Science at the University of Minnesota.