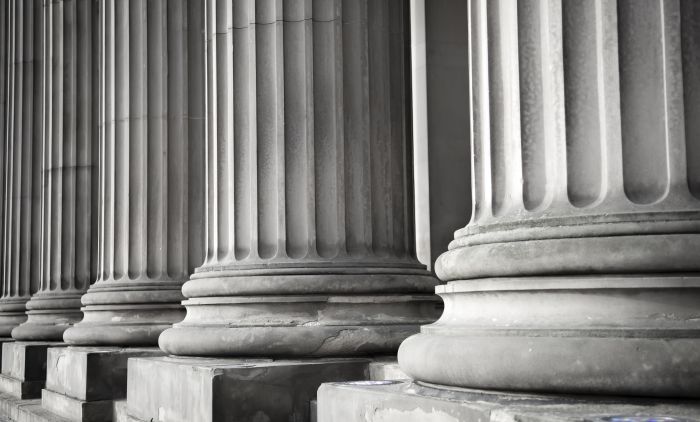 SCOTUS Forum. In this second post in our roundtable of op-eds on the Supreme Court’s June 25 Amex decision, UChicago’s Randy Picker looks at how the opinion incorporated the theory of two-sided markets and the merits of the claim that Amex’s anti-steering rules are in fact pro-competitive. On Monday, by a 5-4 vote, the US Supreme Court broke new ground in how US antitrust law applies to two-sided markets. People who like the opinion will see it as example of how antitrust law, fundamentally a common-law subject, evolves in response to new economic understandings. People who dislike the opinion, say the new antitrust left, will see it, like the recent AT&T/Time Warner merger case, as another example of how antitrust fails to address the core social problem of bigness and the misuse of economic power.

An anti-steering rule bars a merchant who has agreed to accept the American Express card from trying to induce a customer who presents that card at the point-of-sale to instead use a competing card. Under federal law, merchants can try to get you to pay with cash or a debit card, but American Express bars a merchant who takes its card from trying to get a customer presenting the Amex card to switch to another card.

Why would the merchant care? The card companies charge merchants a fee—typically a percentage of the transaction—for the processing and other financial services that they provide when a sale is completed using one of their cards. Those fees differ across the type of card. Historically, American Express has charged merchants a higher percentage fee than MasterCard and Visa, though Visa and MasterCard now have premium cards in addition to their traditional cards.

Merchants would prefer that you pay with low-fee cards, but customers don’t know about those fees and don’t care, as they don’t pay them. Customers focus on the rewards they get in using a card. To make up numbers, suppose that a customer buying a $100 shirt gets $5 in rewards benefits from using Amex and $4 in rewards benefits from using Visa. The customer will obviously pay with Amex. Suppose that the merchant in the transaction pays $3 to Amex if the customer pays with Amex and $1 to Visa if the customer pays with Visa.

Amex’s anti-steering rules blocks that from happening. It looks like Amex is limiting competition—think of this as point-of-sale payment competition—at the very edge of competition and that seems straightforwardly anti-competitive.

But we need to look a little harder here. The natural question is why does the merchant take the American Express card in the first place? After all, the merchant pays more when customers use that card and so the best way to control the use of the card is simply not to accept it. Even with the anti-steering rule in place, a merchant can just refuse to accept the card at all. That isn’t some abstract theoretical possibility: the majority opinion in Amex states that Amex is accepted at roughly 6.4 million locations, while Visa, MasterCard and Discover are accepted at an additional 3 million locations. Three million locations just say no to Amex.

Given the costs of accepting Amex, why don’t more merchants refuse to accept it? The answer presumably is that merchants believe there is a distinct group of customers who shop at the store because it accepts the American Express card. If they didn’t believe that, they would stopping accepting the card, as otherwise they could get the same customers at a lower price. American Express is providing a service to merchants by creating a group of customers with very attractive characteristics who are willing to shop at a store because it takes Amex. How does American Express get paid for that valuable service?

Amex gets paid at the point of sale for bringing these customers into the store and the anti-steering rule boosts the chance that those payments get made by limiting point-of-sale payment competition. Amex needs to police free-riding on its efforts to create these attractive customers, as otherwise merchants would like to get those customers into their stores and not pay for doing so.

Justice Thomas’s opinion is a bold leap into modern industrial organization economics. The analysis of two-sided markets is perhaps the most important development in that field in recent memory and the majority opinion fully embraces key ideas in that literature. This quote from the majority opinion will capture that:

And the fact that two-sided platforms charge one side a price that is below or above cost reflects differences in the two sides’ demand elasticity, not market power or anticompetitive pricing. Price increases on one side of the platform likewise do not suggest anticompetitive effects without some evidence that they have increased the overall cost of the platform’s services. Thus, courts must include both sides of the platform—merchants and cardholders—when defining the credit-card market.

In his dissenting opinion, Justice Breyer is clearly frustrated by the majority’s willingness to import two-sided market analysis in a wholesale way into antitrust and believes that the case can be understood in a more traditional economic framework situated around complementary goods.

I should wrestle with the facts, as Justice Breyer believes that the facts resolve this case simply against Amex. Start with this: Amex raised the fee it charged merchants 20 times in five years and basically didn’t lose any customers. Everything about that statement strikes me as remarkable. Monopolists are subject to the same demand curve that competitors face. A demand curve is a combination of prices and quantities. When you choose a price, you choose a quantity and when you raise a price, we expect the quantity consumed to go down.

Yet Amex raised prices 20 times in five years and basically lost no customers. Is the view really that the demand curve is perfectly inelastic (vertical) in the region that Amex was operating? You can’t discount that a priori, but we also know that roughly one-third of merchants who take general credit cards don’t take Amex. Maybe the market had sorted perfectly and Amex was throwing away pricing power and only belatedly found the price that exploited its market power.

But maybe not and we might want to look for alternatives. Justice Thomas notes that prices and quantities can rise together as would occur if the demand curve for the product shifted outward. He takes comfort in the fact that credit card transactions increased by 30 percent from 2008 to 2014, though of course there could be lots of exogenous reasons for that which could provide cover for what Amex was doing if the anti-steering rules were actually reducing output.

But the other possibility is that Amex was creating a more attractive pool of customers to deliver to stores. That is the function of the rewards program in these markets and Amex would presumably be using the fees from the merchants to fund a more robust rewards program. In that setting, the framework would be increased fees charged to merchants to fund the rewards program to deliver better customers to merchants. And that might make it possible to see repeated price increases without losing merchant customers. That fact really does have to be explained and my analysis offers two possibilities: a fixed vertical demand curve or instead a demand curve being shaped by Amex as it builds a better pool of customers to deliver to stores.

But the facts say that Amex doesn’t use all of the fees to fund the rewards. That doesn’t surprise me, I guess. As an outsider to these markets, I would have guessed that these were imperfectly competitive markets and I wouldn’t expect the pass-through rate to consumers in those markets to be 100 percent. The majority opinion notes that there isn’t real information in the case about Amex’s price or profit margins.

I think the more basic question is what role we should think the anti-steering provision plays in these markets and, as I have suggested above, I think that there is a pretty good case to be made that the provisions are procompetitive. After the opinions Monday, I fear that I am the only one who remains interested in that question. The majority opinion does reorganize how the government and private parties will bring antitrust cases in two-sided markets and there is little doubt that the change will make it harder to bring those cases. Your view on that result almost certainly turns on where you think we are on the role of antitrust in these markets.

I thank Douglas Melamed and Hal Singer for quick comments on this post, though of course they are absolved etc etc.