Top5itis: The Disease that Affects Economics 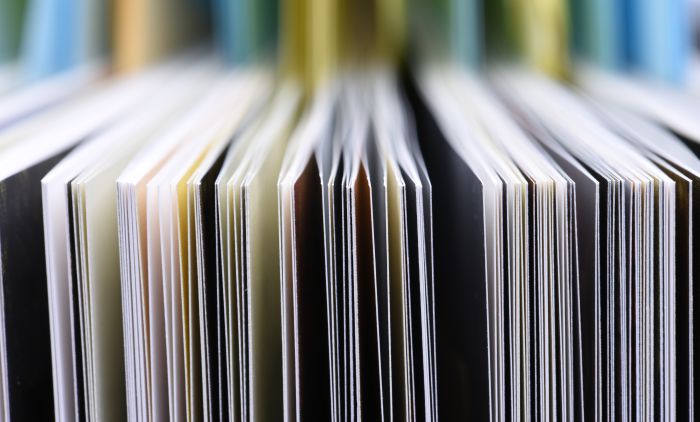 Top5itis is a disease that currently affects the economics discipline. It refers to the obsession of the profession of academic economists with the so-called “top5″ journals.

[Editors’ Note: This is an adapted version of the new SSRN paper “Top5itis” by Roberto Serrano.]

Top5itis1 is a disease that currently affects the economics discipline. It refers to the obsession of the profession of academic economists with the so-called “top5 journals.” These are, alphabetically, the American Economic Review, Econometrica, the Journal of Political Economy, the Quarterly Journal of Economics, and the Review of Economic Studies.

In its most extreme forms, top5itis reduces the evaluation of a paper to the following test: a paper has any value if and only if it was published by one of the journals in this list. Therefore, in order to evaluate the scientific production of a scholar, a person affected by top5itis simply counts the scholar’s “top5s.” Since the disease is a simple application of the counting measure (typically a person learns to count in primary school), through a process of contagion, top5itis spreads quickly to affect people outside economics, including schoolchildren offspring of economists who get together in the playground to make disparaging remarks about each others’ parents. With similar patterns, the disease has also spread to competent university administrators and influential granting agencies.

The disease is believed to first have appeared in the United States; by now, it has spread to other regions of the world. The date of its first occurrence is unclear, although different scholars place it around the year 2000. Before then, people understood the notion of an influential general-interest journal in economics: for example, Edgeworth edited the prestigious Economic Journal for years, Samuelson published important papers in the Review of Economics and Statistics, Houthaker in Economica, Coase in the Journal of Law and Economics, or Debreu and Scarf in the International Economic Review. Until very recently, the profession had not heard of the term “top5.”

To add to the mystery, it is also unclear how it was decided that the above list of journals comprise “the top5,” why other journals are not part of that list, and who made these decisions.

It is true that these journals publish some very good papers, but they also publish papers that are not so good, and vice versa, some very good papers are published in other journals. Nevertheless, as is well known, the establishment of any oligopoly has detrimental consequences for welfare, in this case, for the scientific output of the discipline. The next paragraphs describe some examples, along with some of the symptoms of the disease.

Some of the top5 journals are especially affected by what Heckman calls the “incest factor” (Heckman et al. 2017). That is, they publish a high proportion of papers written by scholars affiliated with a very small number of institutions. In some cases as well, incest is also manifested in the editors and referees of those journals. Incestuous practices tend to have implications for the impoverishment of genetic pools. When it comes to scientific production, this may result in suppressing originality or heterogeneity of ideas or approaches.

True story number 1: Some of the people infected with top5itis do not see this as a problem; on the contrary, an economist who suffers the disease confesses that s/he would be proud of belonging to those incestuous clubs.

Some editors and referees turn top5itis into an axiom of their behavior. True story number 2: An editor made the following blanket statement: “this contribution is not of general interest, and therefore, it does not belong in a top5.” Notice that the first part of the statement should be respected, as it is the expression of an opinion, and typically, editors of these journals are proven scholars whose opinions should carry much weight.

The problem is the second part of the statement, making an assertion that effectively places the editor as rejecting the paper not only for his/her journal, but for four other journals as well. That is evidence of some serious confusion on the part of that editor regarding the scope of the decision s/he is making.

Similarly, true story number 3: A referee, who suffered top5itis, wrote a one-line report stating that “this paper is not for the top5” or “this paper will not generate sufficient future interest to deserve to be in the top5.”

Such statements about the likely future impact of any work are often dubious and should be made with caution, but a top5itis-infected person believes in them whole-heartedly. One-line reports of this kind do not raise the average quality of the evaluation of a scientific paper, which is another problem caused by the disease. Typically, when a referee is consulted by an editor, the editor has already decided not to desk-reject the paper, and it should not be the referee’s role to superficially desk-reject it with such one liners. It would again appear that top5itis makes the people it affects confuse their roles.

Some of the top5 journals appear to encourage this behavior, with the good intention of cutting down turnaround time in the review process, although one would argue there are other ways to do this without compromising quality. The effect is that such practices tend to increase the subjectivity with which any paper is evaluated. Some subjectivity is always present in evaluation processes, but it would be desirable to increase their objective content as well, and informative referee reports are key in the endeavor.

On the other hand, top5itis also affects positive recommendations for publication coming from both editors and referees. This manifestation of the disease is based on torturing the author with the request of multiple painful revisions that solicit endless irrelevant extensions or robustness checks, at the expense of the elimination of sections that are more risk-taking, as well as the intrusive suggestions about changes in the motivation or explanation of the results. Although some of this feedback is no doubt beneficial to the quality of the research output, in uncontrolled doses, such interventions cause potentially long delays.

In addition, such practices also go in the direction of changing the nature of authorship of a paper. It would appear that an author should own the paper s/he writes, and editors and referees should accept the limits of taking such actions.

True story number 4: A referee affected with top5itis requested an extension of a result. The author of the paper refused to add that extension, and suggested to the editor of the top5 journal that the referee should be encouraged to write such a paper, to submit it to that journal, and that the editor should send it to the author of the first paper so that s/he could happily referee the new paper.

Almost true story number 5: A 50-year-old economist who graduated around the year 2000 is still revising his/her job market paper for one of the top5 journals; s/he has lost count of the number of revisions, but this may be caused by the author’s memory loss due to his/her advanced age. The same 50-year-old economist confesses not to recognize his/her paper any more: “It has become a completely different animal; it is a monster that keeps growing out of control.” Further, s/he is frustrated, as in the job market, several department chairs have told him/her that his/her application has been declined and papers not even read, due to the lack of top5s in the vitae.

Top5itis also leads to making false, or at least unproven, statements. For example, a top5itis-infected person really believes that the review processes in these journals are always of a higher quality that those followed elsewhere. It is questionable whether this is factually true, although some argue that it might be true in average.

True story number 6: An economist infected with top5itis told a colleague that s/he had to reject a paper s/he was refereeing for one of the top5 journals. S/he explained not to have found the reason yet, but that the outcome of his/her recommendation would be for sure to reject.

The belief of a top5itis-infected person is that the “top5” feature is a clear objective measure that should take precedence over anything else.

True story number 7: An economics department came up with a ranking of candidates to a senior faculty position using top5’s. Expert judgements by faculty specialists in the relevant field were dismissed by top5-infected faculty for being “subjective opinions” as opposed to the “objective facts” established by counting top5’s.

Even more extreme variants of the disease also exist. For example, top2itis refers to the disease where an arbitrary pair of journals from the list of top5 is highlighted as the only journals in which good research is published.

True story number 8: An economist infected with top2itis has published in two out of the top5 journals and has not published in any of the other three. According to this economist, those two journals are the only ones that should count.

Other related diseases can be also be illustrations of the use of the counting measure. One leading example is the obsessive reliance on the number of citations.

True story number 9: An economist near retirement confessed that the first thing s/he did every morning was to check two numbers: the number of his/her citations and the value of his/her retirement fund. The good thing about the former was that it never went down.

The goal of the academic economist should be to contribute to knowledge of some relevant aspect of economic reality. The profession should reflect on whether the practices described above are conducive to that worthy goal.

• Heckman, J., Akerlof, G., Deaton, A., Fudenberg, D., and Hansen, L. (2017), “Publishing and Promotion in Economics: The Curse of the Top5,” discussion session at the American Economic Association annual meetings.

Roberto Serrano is the Harrison S. Kravis Professor of Economics at Brown University.