To Help Workers Adjust to Technological Change, First Pinpoint Where It Is Happening 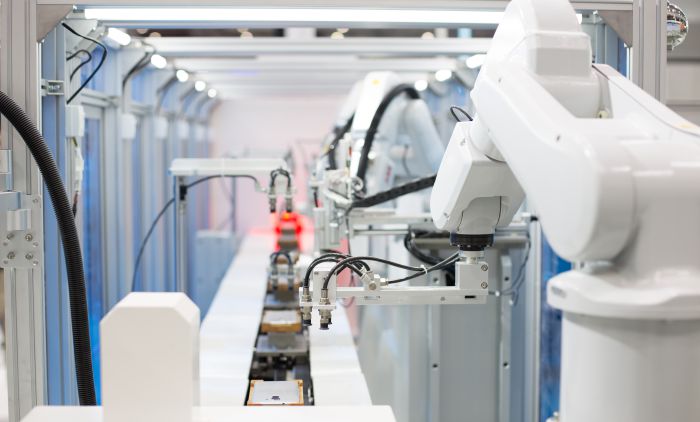 Changes in technology clearly affect people in different sectors and occupations differently, but providing adequate policy support to workers trying to adjust to these changes requires a better understanding of the level at which productivity growth is happening in the economy. Here, the researchers find that, in the United States, the vast majority of that growth has happened at the occupational and sector-occupational level. The most prominent example of this is skill-biased technological change, the phenomenon that technological advances favor more educated workers, leading to an increase in their relative wages alongside the continuous increase in their relative supply. This phenomenon has been documented in the United States from the middle of the 20th century, but there have been earlier bursts of technological change that sometimes were biased towards skilled and sometimes towards unskilled workers. There are also other dimensions along which changes in productivities have panned out for workers in very different ways. Developed economies have seen a large reallocation first from agriculture to the goods-producing sector, and then from goods to the service sector.

The pace of this structural transformation has been quite rapid. In the United States for example, while the goods sector accounted for about 44 percent of total hours worked in 1960, by 2010 this was down to just 21 percent. The economic literature on structural transformation typically explains these changes by pointing to differences in productivity growth across sectors. As on average labor productivity grows faster in goods than in other sectors, supply outgrows demand for goods, leading to a reduction of employment in the goods sector and a rise in service employment.

A different strand of literature has documented the polarization of occupational employment. The demand for labor in traditionally middle-earning occupations has fallen, resulting in a reduction in their employment share and their wages compared to low- and high-earning jobs. Again the main explanation put forward in the literature is one based on biased technological change, in this case at the level of tasks. The argument is that different occupations require workers to conduct very different tasks, some more repetitive and easier to routinize than others. Recent technological change—the advent of computers and information and communication technologies (ICT)—adversely affected workers in occupations more intensive in routine tasks (routine occupations), which are in the middle of the wage distribution, and complemented workers performing abstract tasks, at the top of the wage distribution.

Shedding light on this is important as only when the drivers behind the reallocations are understood can one start to ask questions about whether these changes are desirable and whether policy should try to intervene or not. During the Great Recession unemployment increased, and since the high unemployment rate has persisted even during recovery, many believe that some of this is structural unemployment. This means that there is a mismatch between the jobs offered, and the jobs workers are able or willing to supply labor in.

Recently, much of the political debate has focused on the ways through which this structural unemployment could be tackled. One option consists of active labor market policies (such as training programs equipping workers with skills needed to perform the tasks used in certain occupations), and on protectionist policies aiming at limiting trade and increasing (or at least maintaining) manufacturing jobs in the home economy. To evaluate which policy is better or is indeed able to tackle the problems arising from the large reallocation of employment across different industries and different occupations, it is paramount to understand the driving forces behind these phenomena. In our analysis we focus on the technology side of the economy to see whether biases in productivity growth occur more across occupations or across sectors.

We do this in a way that does not impose a priori restrictions on how technological change occurs. Specifying a flexible model that is consistent with structural change and labor market polarization, we start from the assumption that a job’s productivity is specific both to the occupation and to the sector of the worker. This is quite an intuitive assumption: think of a cleaner working in a law firm versus in a production plant. The productivity of a cleaner working in a production plant presumably increased quite significantly in the last decades due to the introduction of specialized cleaning equipment for the production plant, whereas the productivity of the cleaner in a law firm probably has stayed constant since the introduction of vacuum cleaners.

Equipped with this, we look for common factors in technological change and gauge the extent to which productivity growth is neutral or specific to certain sectors (after controlling for the role of occupations) or to certain occupations (controlling for sectors). Our results show that most of productivity changes are not neutral, but biased across occupations (around 70 percent) and to a lesser extent across sectors (around 5 percent), and that a significant part of technology is specific to the sector-occupation cell (around 25 percent). We find that a significant part, but not all, of the faster productivity growth in the goods sector stems from occupation-specific technological change. Moreover, our model highlights that by far most of the observed employment reallocations are due to occupational differences in technological change. An implication of these findings is that policies targeting workers’ occupational choice might be better at improving labor market outcomes than industrial policies.

Zsofia Barany is Assistant Professor at the Department of Economics at Sciences Po and a CEPR research affiliate.

Christian Siegel is Senior Lecturer in Macroeconomics at the University of Kent.