What Prompts Young People to Invest in Their Human Capital? New Data on DACA and Dreamers Offers Some Stark Evidence 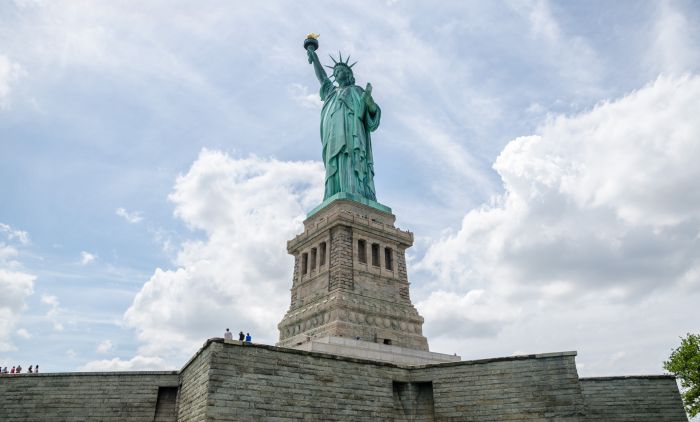 The Deferred Action for Childhood Arrivals program—a deportation deferral initiative for immigrants brought to the United States without documents as children—provided a large shock to returns to education for a substantial population of at-risk youth. A new NBER paper finds an extraordinary impact of DACA on Dreamers’ decisions to finish high school, go to college, or get pregnant as teenagers. It is often taken for granted that, all else equal, individuals will choose to obtain more schooling when the benefits of higher education—such as salary—are greater. However, this belief is difficult to reconcile with the data: the gap in the earnings between college- and non-college-educated workers continues to grow, yet the high school and college completion rate of many communities remains low. If we wish to address persistent gaps in education, it is critical to discern whether less-educated populations are less responsive to schooling benefits—perhaps due to financial constraints or lack of information—or because they face different incentives to acquire education.

Background on DACA: Incentives for Education and Postponing Childbearing

The Deferred Action for Childhood Arrivals program (DACA), which was instituted in June 2012 and in effect until October 2017, provides two main benefits to recipients. First, deportation is deferred for two years, allowing beneficiaries to reside legally in the United States. A back-of-the-envelope calculation suggests that the deportation risk is not trivial, roughly 1.5 percent for young women and 7.3 percent for young men.

Second, beneficiaries receive an Employment Authorization Document (EAD), commonly referred to as a work permit. Possession of an EAD also allows individuals to apply for a Social Security number, which opens the possibility of obtaining a state identification card or driver’s license (in many states), and can reduce the frictions to applying for a credit card, bank account, or loan. Based on prior estimates of the labor market effects of legalization, DACA could have been expected to increase recipients’ wages on the order of 6 to 14 percent.

Importantly, DACA applicants must meet a suite of education, immigration, and criminal requirements to be eligible, which create an explicit incentive for staying in high school to be eligible for the program. These requirements are that recipients (1) are in school or have completed high school (or obtained a GED), (2) arrived in the United States by age 16, (3) came to the United States by 2007, and have maintained continuous residence since 2007 (4) were under age 31 as of June 15, 2012, and (5) have not been convicted of a felony or significant misdemeanor.

Additionally, DACA could have also increased the incentive for recipients to attend some post-secondary schooling, since reduced short-term uncertainty facilitates better long-term planning and raises the likelihood of recuperating the costs of college in the labor market. Greater schooling and employment opportunities may have then, in turn, reduced teenage pregnancy, both by reducing the time available for childbearing and the cost—in terms of lost wages—of having a child.

To estimate the causal impact of DACA, we take advantage of two features of the program. First, DACA went into effect, somewhat unexpectedly, in June 2012. We can therefore compare the behavior of high-school-aged youth that are likely to be undocumented after the program to their pre-DACA behavior. Second, only a subset of immigrants were eligible for DACA. We use non-eligible (citizen) immigrants, as a comparison group, to control for any other changes in national policy that affected immigrants over this period. We show that the comparison group had similar education trajectories as undocumented youth prior to DACA to validate the study design.

We summarize the four main findings of the study below. The figures that accompany each finding show the evolution of the gap in each outcome between undocumented students and their citizen immigrant peers over time. The dashed black line shows the 95 percent confidence interval for each estimate and the red dashed line demarcates June 2012.

Finding 2: Despite the fact that post-secondary schooling was not required for DACA, we also find increases in college attendance, particularly among young Hispanic women. The college enrollment rate of 19-year-old Hispanic females increased by 10 percentage points, a 25 percent increase. These effects accord with surveys of DACA recipients, in which almost half of respondents report attending some post-secondary schooling. We interpret these effects as evidence that young adults responded to the future wage returns to education offered by DACA, and not just the near-term benefits of qualifying for the program.

Finding 3: We find that DACA leads to substantially lower rates of pregnancy among high-school-aged women. Undocumented Hispanic teens are 1.7 percentage points less likely to give birth after DACA, corresponding to a 45 percent reduction. Intuitively, the decline in fertility is concentrated among women who don’t yet have any children, whose future employment and education decisions are most sensitive to the presence of an additional child.

Finding 4: Individuals that obtained additional schooling did so while working. Eligible individuals show a marked decline in being “idle”—neither in school nor working—indicating that the program generated a large boost in productivity.

These new findings should help inform the current debate on immigration policy, which has until now ignored the role for a path to legalization in producing an educated immigrant workforce. In the wake of the recent termination of DACA, the fate of over 1.7 million unauthorized Dreamers is precarious. In part, the controversy over this policy stems over fears that that undocumented immigrants may bring undesirable attributes to communities—for example, low levels of education and high levels of teenage births. Our findings suggest that immigration policy that includes incentives for education can lead to improvements in each of these areas of concern; a reversal of this policy may overturn those gains.