Guns and Votes: The Victory of an Intense Minority Against an Apathetic Majority 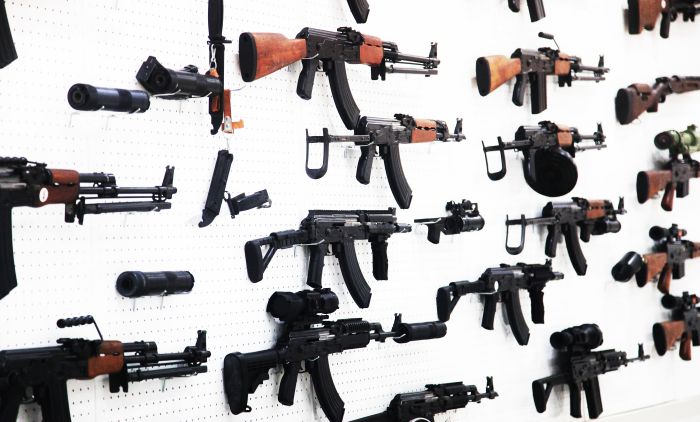 Paola Conconi
Paola Conconi is a Professor of Economics at the Université Libre de Bruxelles, a member of the European Center for Advanced Research in Economics and Statistics (ECARES) and Research Associate of the Fund for Scientific Research (FNRS). She is also a Research Fellow of the CEPR International Trade and Regional Economics Program, the Director of the CEPR Research Network on Global Value Chains, Trade and Development, and a CESifo Research Fellow. She has published in several leading journals including the American Economic Review, the Review of Economic Studies, and the Journal of Political Economy. Her main research interests are in international trade, firm organization, and political economy.

This column on the “gun-control paradox”—the fact that gun regulations continually fail in the US Congress despite being supported by around 90 percent of US citizens—appeared in 2013 on VoxEU.org after the shooting at Sandy Hook Elementary and was republished in 2017 after the Las Vegas mass shooting. Following the Parkland mass shooting, we are republishing it with a new preface by one of the coauthors.

Editor’s note: We asked coauthor Paola Conconi after the Las Vegas massacre of October 2017 for an update on her research on collective action problems in arms regulation and political economy in general. Conconi responded as follows:

The mass-shootings in Las Vegas and Texas raise once again questions about the lack of regulatory response to gun violence in the United States. The same questions were asked after every tragedy (Orlando, at Virginia Tech, Newtown, …). My answer is always the same: politicians respond to the interests of a minority of voters who are intensely against even mild regulations, rather than listening to a majority of the electorate who is in favor of gun regulations but has other policy priorities.

During the last few years, we have written various columns making this point… I am not sure I would write anything very different today. It is hard to be hopeful on gun control in the US, given nothing was done after the killing of twenty school children and six adults in Newtown, and nothing was done—not even the “bump stock” limitation—after the US’s worst-ever mass shooting in Las Vegas.

Gun control is not unique: in ongoing work with the same set of coauthors, we show that politicians also tend to respond to vocal minorities when it comes to regulations on the environment and on reproductive rights.

The post below was first published at VoxEU.org in December 2013. On 14 December 2012, 20 children and six staff members were murdered in a shooting at Sandy Hook Elementary School in Newtown, Connecticut. Building on the surge in public support for gun control that followed this tragedy, President Obama announced the formation of a task force to provide immediate recommendations on how to introduce new gun regulations to end the “epidemic of gun violence shaking the nation.”

A year has passed and Congress has been unable to introduce stricter gun regulations, despite broad public support. As pointed out by The Economist, “when the push for more gun control began shortly after the Newtown shootings last December, the focus fell on three areas: assault weapons, high-capacity magazines and background checks. But the enthusiasm for new gun laws quickly faded, and it became obvious that efforts to ban assault weapons and high-capacity magazines would not win enough votes to pass. So gun-control advocates were left to pursue an expansion of the background-check system. In the end, even that was too ambitious.” (The Economist 2012).

On 17 April 2013 even the mild effort to require background checks on private sales at gun shows and online failed in the Senate. This may seem surprising, given that all polls carried out at the time showed that a vast majority of US citizens supported this measure.1 As President Obama put it: “How can something have 90 percent support and yet not happen?”

The reluctance of US congressmen to support gun-control regulations, despite the fact that most US citizens are in favor of them, has long been a puzzle in the literature. Schuman and Presser (1978) referred to this puzzle as the “gun-control paradox”. As argued by Goss (2006), one possible explanation is that “American gun owners are intense, well organized, and willing to vote for or against candidates purely on the basis of their position on gun control.” They are a “highly motivated, intense minority”, who prevail over a “relatively apathetic majority.”

In a recent paper (Bouton et al. 2013), we formalize this idea and provide empirical evidence that electoral incentives lead politicians to take a pro-gun stance, in line with the interests of a minority of the electorate. We propose a theoretical model in which politicians vote on a primary and a secondary policy issue. The former is an issue that a majority of voters cares relatively more about, such as the level of public spending. The latter is meant to capture gun control—an issue that a minority cares more intensely about. The minority may also be better-informed about the incumbent’s choices on the secondary policy issue. In this setting, citizens have only one vote to make their representatives accountable on a bundle of policy issues. Politicians may thus pander to the minority on the secondary issue, without losing too much support from the majority. The model delivers three testable predictions:

Voting behavior in the US Senate

To assess the validity of these predictions, we examine the determinants of Senate votes on gun regulations over the period 1993–2010. The staggered structure of the US Senate—in which members serve six-year terms and a third is up for re-election every two years—provides a quasi-experimental setting to verify whether election proximity affects the voting behavior of politicians on gun-related legislation. For any given vote, we can compare the behavior of senators belonging to three different ‘generations’, i.e. who will be up for re-election at different times.

In line with the model predictions, we obtain three main results:

The effect is sizable, and robust to using different econometric methodologies and samples of votes, and to including a wealth of controls for other drivers of senators’ voting behavior on gun control. The pro-gun effect of election proximity continues to hold when, rather than exploiting variation in the voting behavior of different senators, we study the behavior of individual senators over time.

Our results of the determinants of gun-control votes can help understand why Congress has not introduced stricter gun regulations in the wake of the tragedy in Newtown, despite overwhelming public support. Our empirical model does indeed predict the failure of the Senate to pass the Manchin-Toomey amendment on background checks last April.2

In representative democracies, policy choices often diverge from what the majority of the electorate wants. Our analysis suggests a twofold explanation:

1. Voters differ in the intensity of their preferences over different policy issues; and

2. They only have one vote to make their representatives accountable on a bundle of issues.

Obviously, financial pressure by lobby groups can also contribute to the lack of congruence between politicians’ choices and the preferences of the majority. Indeed, our empirical results confirm that senators who receive larger amounts of campaign contributions from gun-rights lobbies are more likely to take a pro-gun stance. Still, financial pressure by lobby groups cannot account for the pro-gun effect of election proximity on senators’ voting behavior—even after controlling for the contributions received by individual senators throughout their terms, we find that they are more likely to vote pro-gun when they are closer to facing re-election. The power of gun-rights lobbies like the NRA may thus not only lie in their deep pockets, but also in the fact that their members are single-issue voters.3

In principle, citizens’ initiatives could help to achieve better congruence between citizens’ preferences and policy outcomes, by unbundling different policy issues (Besley and Coate 2008).4 In particular, stricter gun controls could be introduced in US states that allow ordinary citizens to place new legislation on a ballot for approval or rejection.5 However, even in the case of citizens’ initiatives, the intensity of voters’ preferences matters. For instance, organizing initiatives is very costly both in terms of time and money, and citizens who strongly oppose gun regulations may be more willing to incur such costs. In addition, pro-gun citizens may be more willing to incur the costs of voting (e.g. spending time to register, rearranging work schedules, getting to the polls, and gathering information on the candidates). Thus an intense minority can still prevail over an apathetic majority.

Share
Facebook
Twitter
Email
Previous articleDoes the Growth of Bitcoin Have Anything to Do with Distrust of Government?
Next articleEditors’ Briefing: On Our Radar This Week (Feb. 17–Feb. 24)