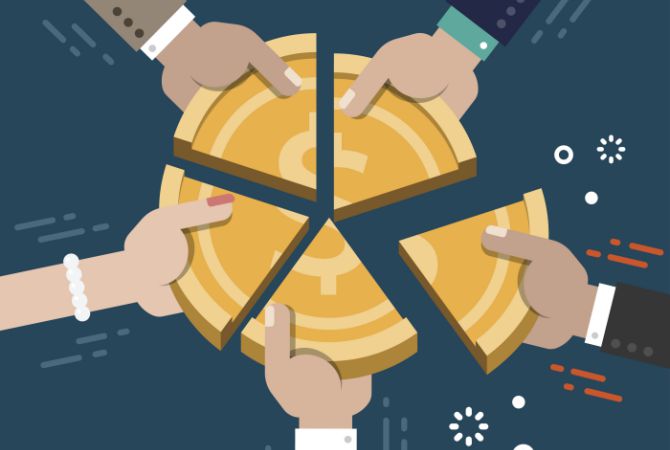 James Traina
James Traina is a PhD candidate in financial economics at the University of Chicago. His research studies the macroeconomics of competition and technology.

New research by Rainer Haselmann, Christian Leuz, and Sebastian Schreiber finds evidence suggesting that German banks with commercial lending relationships improve their...
Read more
A new Stigler Center paper challenges recent research on market power in the US, showing that markups did not increase over the last few decades. Recent work in macroeconomics argues that firm market power dramatically increased since the 1980s. Most notably, in a widely publicized working paper, De Loecker and Eeckhout (2017) claim that “in 1980, average markups start to rise from 18 percent above marginal cost to 67 percent now.” This article was quickly picked up by a number of media outlets, including ProMarket, The Economist, The Wall Street Journal, The New York Times, and Marginal Revolution.

The central claim is compelling because it simultaneously addresses two key secular trends: (1) the steady rise in industrial concentration; and (2) the steady fall in the labor share. It also serves as a preliminary explanation of the potential decline in the capital share, output growth, and business and labor market dynamism. Overall, the paper substantially opens the research agenda of exploring how important market power is in the aggregate economy.

In a new Stigler Center working paper, I1 challenge this explanation by showing that public-firm market power has not substantially increased in recent decades. Using financial statement data from public firm filings and closely following De Loecker and Eeckhout (2017)’s methodology, I calculate markups—prices over marginal costs—for the universe of non-utility, non-financial US public firms. Aggregating these markup estimates to annual estimates, I find that public firm markups increased only modestly since the 1980s. Moreover, this increase is within historical variation—measured markups have increased from 1980-2010 as much as they have decreased from 1950-1980.

Why the disagreement? While De Loecker and Eeckhout (2017) use similar data sources and methods, I argue that they do not use the best accounting measure of variable cost. Specifically, they use Cost of Goods Sold (COGS), which measures direct costs of sales such as materials and most of labor. However, it excludes Selling, General and Administrative Expenses (SGA), which measures indirect costs of sales such as marketing and management. SGA costs are an increasingly vital share of variable costs for firms, and neglecting them meaningfully overstates both the level and growth in markups. By using Operating Expenses (OPEX), which is COGS plus SGA, I find a starkly different conclusion from the main empirical result of De Loecker and Eeckhout (2017).

Figure 1 shows that correctly measuring variable costs is vitally important to getting the facts about markups right. De Loecker and Eeckhout (2017) focus on the COGS part of OPEX as a measure of variable cost and conclude that markups have risen significantly since 1980. However, this increase largely disappears when we include SGA costs. The red line displays the markups estimate using COGS as variable costs. COGS markups show a small hump shape from 1950 to 1980, and then a dramatic rise of 15 percent above marginal cost in 1980 to 40 percent above marginal cost today.

With all components of variable cost, the blue line tells a dramatically different story than the earlier claims. First, public firm market power is not substantially high, with a typical markup of 13 percent over marginal costs. Second, and more importantly, market power has not meaningfully increased since 1980. The green line plots the COGS share of OPEX. As a share of variable costs for firms, these components have fallen from roughly 88 percent in 1951 to 78 percent today. This trend shows that firms have increasingly devoted more of their inputs toward marketing and management costs, the part of OPEX that isn’t measured in COGS. Hence, not only does COGS understate costs (and therefore overstate price-cost markups), but it does so increasingly over time.

In the paper, I also show that the COGS markup measures are highly correlated with the SGA share of OPEX at the firm-level. This fact confirms that a significant part of the original markup estimation is misattribution of markups to SGA variable costs.

One concern with this alternative measure of costs is that some part of SGA represents fixed, rather than variable, costs. However, all fixed costs become variable in the long run, so this problem reduces to whether annual production function estimates are enough for any fixed cost components of OPEX to become variable costs. In the paper, I check the quantitative size of the problem by repeating the above estimation with a 3-year production process. The time series aggregate markup of the original 1-year production process and the 3-year production process look the same, suggesting any fixed costs in OPEX are not quantitatively important. As an alternative robustness test, I also show that SGA expenses are smooth within firm. If SGA were a fixed cost, these changes would look lumpy—sometimes SGA would be big, and most times it would be small. The smoothness of SGA supports the hypothesis that they are routine expenses that vary with output.

These results have important economic and policy implications. For example, if market power is a substantial feature of the aggregate economy, we may need to re-evaluate implications of models that don’t explicitly account for this economic phenomena through, say, allowing imperfect competition in the firm sector. Moreover, if rising concentration and falling labor shares are the result of increases in market power, calls for increased anti-trust enforcement could be first-order in economic policy reform, unleashing more jobs and higher growth. However, this paper’s evidence suggests that these secular trends are a response to an underlying change in production. The important questions going forward are about the causes and effects of this shift. What specific technologies caused these trends? Has the nature of competition changed? And who ultimately benefits?

De Loecker, J. and Eeckhout, J. (2017). The Rise of Market Power and the Macroeconomic Implications. National Bureau of Economic Research.

Share
Facebook
Twitter
Email
Previous articleEditors’ Briefing: On Our Radar This Week (Feb. 10–Feb. 17)
Next articleDoes the Growth of Bitcoin Have Anything to Do with Distrust of Government?