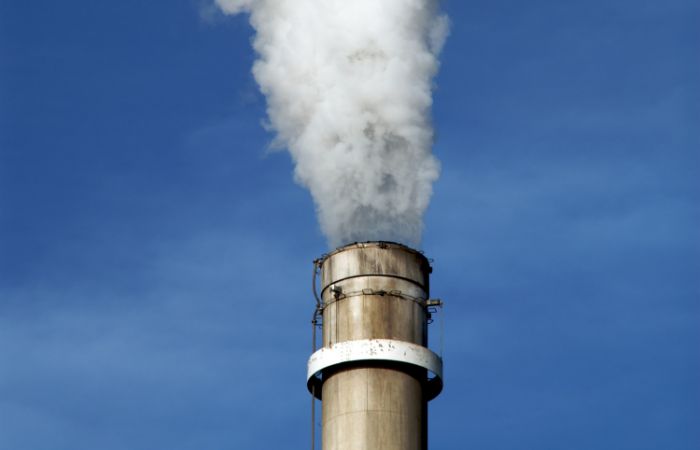 The Trump administration has shown clear signs that it wants to relax environmental regulation. The underlying assumption is that the costs imposed to firms by existing regulation greatly exceed the benefits. But what is the evidence?

In a new Stigler Center working paper we conduct a cost-benefit analysis of a specific case: DuPont’s emissions of a toxic chemical dubbed C8. C8 was used in DuPont’s West Virginia plant in the process of manufacturing Teflon®. In February 2017, DuPont settled a C8-related litigation for $670 million. Thus, it may seem that the system worked and legal liability should deter firms from polluting. However, by using evidence discovered during trial we show that it was perfectly rational for DuPont to pollute, in spite of the costs it eventually paid and the cost it imposed on society.

There are two unique aspects of this C8 pollution case that make it worth studying. First, the firm involved, DuPont, is not a fly-by-night company. It is one of the most respected American companies, a known leader in toxicological and occupational safety research, and a company known to care about the environment. Former DuPont CEO Charles Holliday Jr. co-wrote the book Walking the Talk, which made the case for sustainable development and corporate responsibility. How can such a company continue to pollute for several decades? Second, the litigation against DuPont led to the discovery of a trove of documents that allows us to reconstruct not only when the decisions were made but also the costs and benefits of these decisions.

The key decision point for DuPont came in 1984, when alarming information about the potential consequences of C8 emissions caused the company to call a top-executives meeting. By 1984 DuPont was aware of the toxicity of C8, that it causes birth defects, does not break down in the environment, and accumulates in human blood over time, making the chemical a perennial red flag. DuPont’s executives acknowledged that the legal and medical departments would recommend stopping the usage of C8 altogether. Yet, the business side overruled these recommendations and opted to continue C8 emissions (in fact, they doubled them), polluting the air and water around the plant without investing in the abatement options that were on the table (such as building an incineration device).

Was this a myopic managerial decision? To rule out this possibility we assume that DuPont managers could forecast all future legal liabilities. We compute that the decision to pollute was value maximizing if the probability of getting caught was less than 19 percent. Given the extreme set of unlikely events that led to the discovery of DuPont’s responsibility and given the fact that other C8 users (like 3M) have largely escaped any legal liability, we conclude that at that time this was a very reasonable bet by Dupont’s decision makers. Thus, it was value-maximizing for DuPont to pollute, in spite of the fact that—as we show—the costs C8 pollution imposed on society greatly exceeded DuPont’s own estimates of abatement costs.

In the paper we also try to find out how come no system of control was successful at mitigating the gap between the company’s incentives and social welfare. In spite of the magnitude of fines paid (close to a billion dollars), legal liability is not a sufficient deterrent because of the time lag between the decision and the actual payment: DuPont is scheduled to pay the bulk of its liability in 2017, more than thirty years after they made their decisions.

Regulation is not enough either. The Toxic Substances Control Act grandfathered in existing chemicals, making it difficult for regulators to obtain information about possible health risks. Even when regulators receive alarming information, large chemical companies can pull levers to soften regulatory enforcement, such as revolving door offers.

Finally, reputation is also insufficient, in spite of the fact that DuPont’s managers explicitly considered the risk of adverse publicity. The time lag between the decision and when the actual environmental cost becomes public (as in the first time critical media coverage of the emissions surfaces) is such that most people involved in the initial decision are already dead or long-retired. Interestingly, this time-lag is not an exogenous, technical requirement, but can rather be the result of a concerted effort by chemical companies to delay liability, fend off regulators, and cast doubts in ways that limit a reputational sanctioning process.

To be sure, there are many other cases in which either liability, regulation, or reputation work well to deter socially harmful behavior. Thus, we should not conclude from this case that all regulation fails. Yet, this case documents that the system does have major holes. With chemical products in particular, the producers have a unique informational advantage: since they create these substances, they know much more about the nature and risks of these products than any outside party.

What can be done, then, to realign private and social incentives in such cases? Jacking up the fines does not address the informational gap, and it may bankrupt the few companies that are caught, reducing the political support for any environmental protection.

We propose two simple remedies. First, to create monetary rewards for employees or organizations that reveal the damage caused by toxic substances knowingly released into the environment. These awards can be financed with the fines paid by the companies that are caught. In this way, academic chemistry departments could fund themselves with these kinds of awards, and could rely less on the generosity of chemical companies.

Our second proposed remedy is a heavy tax on so-called gag settlements in environmental cases, i.e., settlements banning any release of information about the underlying case. Gag settlements are very convenient for companies, helping them avoid the risk of further legal and reputational liability. As a result, they are very lucrative for plaintiffs, who are able to extract more from the settlement. But they are very detrimental to society in general, because they limit what we can learn from the litigation. After all, if it was not for litigation, the dangers and costs of C8 could have still gone unnoticed. Thus, it could be conducive to tax secret settlements more heavily, to discourage the gag clause. Note that both our proposed remedies do not rely on added regulatory burden. Thus, they do not clash with the Trump administration’s political credo, per se. It is possible to be market friendly and at the same time protect the environment. You only need to want to do it!