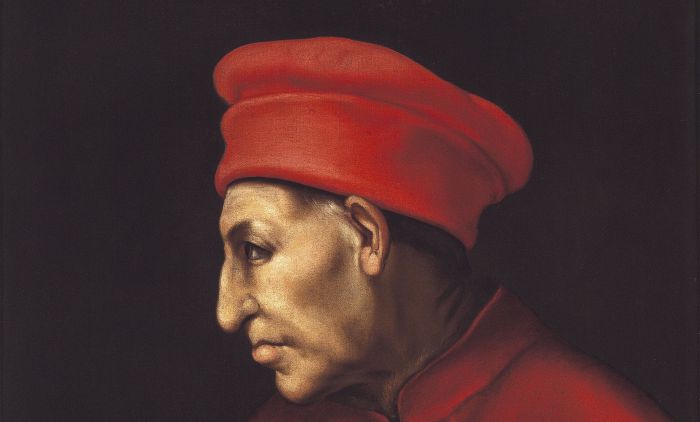 Critics of capitalism claim that the economic system incorrigibly encourages the exploitation of the planet and is thus incompatible with efforts to...
Read more

Neoclassical economic theory assumes that firms have no power to influence the rules of the game. A new paper by Luigi Zingales argues: This is true only in competitive product markets. When firms have market power, they will seek and obtain political influence and vice versa.

In 2016, the advocacy group Global Justice Now published a report showing that 69 of the world’s largest 100 economic entities are now corporations, not governments. With annual revenues of $485.9 billion, Walmart topped all but nine countries. As the world’s corporations continue to grow bigger and more profitable, so does the power and influence they wield: multinational corporations employ vast armies of lobbyists, lawyers, and PR people across borders and continents, and they have more than enough resources to capture regulators and elected representatives the world over.

Yet, the prevailing economic definition views firms as merely “a nexus of contracts” with “no power of fiat, no authority, no disciplinary action any different in the slightest degree from ordinary market contracting between two people.” How is it possible to reconcile these two views? A new paper by Luigi Zingales (Faculty Director of the Stigler Center and one of the editors of this blog) tries to bridge this gap.

The neoclassical model of the firm, notes Zingales, is a reasonable description of firms operating in highly competitive markets, where firms have little incentives and fewer resources to distort the rules of the game. Little incentives because in a neoclassical framework firms are relatively small, and thus the costs of these activities tend to exceed their share of the benefits. Fewer resources, because a competitive market does not provide firms with abnormal profits to spend in lobbying activities.

The opposite is true in concentrated markets, where firms enjoy sufficiently high profits to spend in lobbying activity. Some market power is particularly important to gain political influence when cash bribes are relatively rare, writes Zingales. In such an environment, firms gain political power through promises of future benefits. Only if firms have significant market power do they have rents to allocate. At the same time, firms’ promises of future rents are credible only to the extent that firms are expected to be around in the future, a prospect greatly enhanced by the existence of some barrier to entry in the markets in which they operate. Thus, firms can gain political power only when they have significant market power.

If market power is needed to acquire political influence, political influence is needed to protect market power. In fact, whenever prices are greater than marginal cost, the government can intervene to appropriate part of the difference, without affecting the quantity of goods produced.  Consistently, writes Zingales, governments tend to expropriate firms only when they enjoy rents due to the ownership of scarce natural resources (e.g., oil) or natural monopolies (as the postal service was historically). In democratic regimes there is a political justification to expropriate monopolistic firms: the government can claim that it does so to redress market distortions. Thus, firms with market power fear expropriation the most, and therefore they will try to control the government as a preemptive move, to avoid ending up being owned by the government.

A balance between state and private power

The ideal state of affairs, writes Zingales, would be a balance between the power of the state and the power of firms. “A state that is too weak is unable to enforce property rights, and as a result, firms will either resort to enforcing these rights by themselves (through private violence) or collapse. If a state is too strong, rather than enforcing property rights it will be tempted to expropriate from firms,” he argues. On the other hand, if firms are too powerful, “they may end up shaping the definition of property rights and its enforcement in their own interest and not in the interest of the public at large.” Finding a balance between the two hinges on the existence of a strong, impartial administrative state and a competitive private sector economy.

Perfect balance is unattainable, given the various tradeoffs involved with each approach, writes Zingales, but there are countries that are relatively close to that ideal, like the Nordic countries and the U.S. during the latter half of the 20th century. While the United States does relatively well in international and historical comparisons, this result should not be taken for granted.

The last two decades have seen a significant decline in competition across most sectors of the U.S. economy. In conjunction with the rise in concentration, political engagement by corporations has grown substantially. To mitigate the risks of the United States falling into a Medici vicious circle, Zingales proposes several reforms, such as improvements in corporate democracy, better rules against revolving doors, and more attention to the risk that economists end up being captured by corporate interests.

A key policy tool would be a more aggressive enforcement of antitrust laws. “The size of many corporations exceeds the modern state. As such, they run the risk of transforming small- and even medium-sized states into modern versions of banana republics, while posing economic and political risks even for the large high-income economies,” he writes.

Yet the single most important remedy, argues Zingales, may be raising public awareness. The ultimate genius of democracy is to extract some crucial economic decisions from the hands of vested interests and allocate them to the public at large. This transfer, however, does not deliver the desired outcome if the public is not aware of the risks it faces.

Without public awareness of the risks that the U.S. political system is facing today, the possibility of a Medici vicious circle looms large. By the time the Medicis’ rule ended, notes Zingales, Florence had turned from one of Europe’s most industrialized and powerful cities to a marginal province occupied by a foreign empire. “At least the Medici period left some examples of great artistic beauty in Florence,” he remarks. “I am not sure that the market capitalism of the 21st century will be able to do the same.”