I Was a Whistleblower. The Fed Is Not Doing Enough to Fix Wall Street’s Culture of Fear 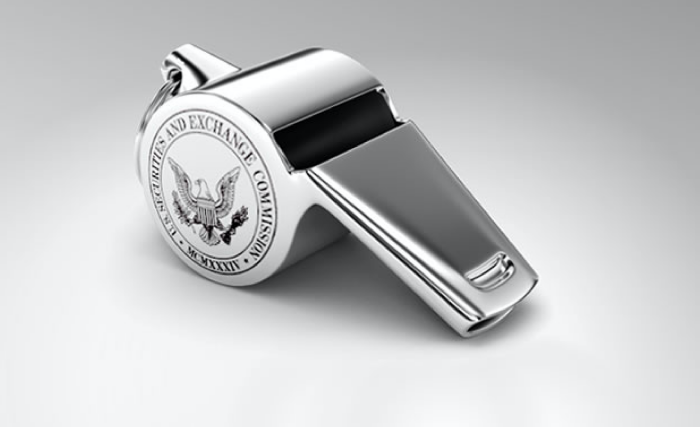 Deutsche Bank whistleblower Eric Ben-Artzi, who publicly rejected a multimillion dollar award from the Securities and Exchange Commission this summer, writes about the failure of regulators to fix the culture that wreaked havoc on the financial system.

The constant drip of unsettling news, generated by newly and nearly elected political rebels on both sides of the Atlantic claiming to lead the struggle of ordinary people against the Establishment, makes it is easy to forget the validity of some of the underlying grievances. Fortunately, every now and then a tone-deaf bureaucrat inadvertently reminds us of how far our institutions have strayed from their obligation to serve the public.

William C. Dudley, President and CEO of the Federal Reserve Bank of New York, recently addressed the UK’s Banking Standards Board in London (BSB). Mr. Dudley’s speech capped several years of joint work by the New York Fed and the BSB on the issue of reforming the culture of banking.

Mr. Dudley highlighted three issues that he identified as critical to improving the culture within the financial services industry. The first issue he identified was “defining and clarifying purpose,” providing as examples customer service and sustainable (rather than short-term) profitability. The second issue was “measurement,” in which Mr. Dudley emphasized goals, including comparison to other banks and to benchmarks set out by the bank. The third and final issue Mr. Dudley advocated was incentives consistent with the previous two issues.

As an example for the steps the banking industry should take to address these issues, Mr. Dudley touted a recent benchmarking survey by the BSB. He said that of the roughly 28,000 responders, nearly 30 percent were worried about negative consequences if they raised concerns at work. This culture of fear is what Dudley’s Fed and the BSB have purportedly set out to change.

To the unsuspecting listener, all this seems like sound advice from a responsible bank supervisor who is diligently going about his job, taking the right steps to fix the culture that wreaked havoc on the financial system.

But to anyone who has been half alert over the last decade, these words ring hollow.

The fear of consequences for speaking truth to power in the financial industry is real. Whistleblowers indeed are not treated well on Wall Street, as those of us who refused to remain silent about fraud have discovered the hard way. Mr. Dudley’s words give the impression that the banking supervisors want to fix this. But when Carmen Segarra, a brave New York Fed examiner, spoke up against the coziness between her supervisors and Mr. Dudley’s (and my own) former employer, Goldman Sachs, she lost her job. Ms. Segarra provided plenty of evidence pointing to a culture of fear within the New York Fed—not just fear of one’s superiors but also of the bank one is ostensibly supervising.

The Fed’s behavior in Ms. Segarra’s case is especially appalling when viewed in the context of an external report commissioned by the institution itself a short time earlier. The report by Columbia University finance professor David Beim, who was appointed by the Fed to make recommendations in the wake of the financial crisis, called on the Fed to do the following: “Launch a sustained effort to overcome excessive risk-aversion and get people to speak up when they have concerns, disagreements or useful ideas. Encourage a culture of critical dialogue and continuous questioning.“

The question of why Mr. Dudley won’t follow his own advice naturally relates to the first issue he raised in his speech: defining the purpose of the institution. An institution with a reasonable mission, and whose leadership is honestly and competently striving to fulfill this mission, would naturally encourage employees to speak up when they see something wrong.

The Fed’s actions during and after the financial crisis have raised serious concerns about its leadership’s priorities. It seems that it prefers the financial interests of America’s banking elite over those of the general public. Numerous examples of revolving doors and conflicts of interest have been exposed in the Fed since the financial crisis. While it is easy to label anyone who doubts the integrity of the institution’s leadership as a conspiracy theorist, there is too much smoke to rule out a fire.

This feeling that the true priorities of its leadership are not the same as its stated mission is not limited to the Fed. Nor is it limited to the United States. There is a sense that public institutions in Europe as well, especially at the federal and international levels, have been captured by an oligarchy that puts its own welfare ahead of the general public’s. Beyond the ubiquitous conflicts of interest in many of the regulatory agencies and the lack of consequences for the corporate executives they ostensibly monitor, it seems that little has been done to change the structure of the economy since the financial crisis.

As an example, one could take Greece, where IMF loans were funneled directly to the country’s lenders, leaving future generations of Greeks to pay the bill. The result has seen a 50 percent increase in Greek national debt to €350 billion in the last decade, while Greek GDP has gone down to less than $200 billion in 2015, a decrease of more than a third since the financial crisis. During the same period, the number of employed persons has gone down by more than 20 percent.

Another example is municipal bankruptcies in the U.S.—according to Forbes, four of the largest five such bankruptcies in history have taken place since the Financial Crisis. This crisis is by no means over, with talk of municipalities such as Dallas and Chicago possibly following Detroit.

Similar stories of financial hardship have been playing out throughout the West. The costs of maintaining the structurally unreformed financial system—many of them hidden —are explicitly or implicitly shifted onto society through pension erosion, tuition hikes, and austerity.

Beyond the damage to the global economy, it is apparent that the system of checks and balances essential for a properly functioning democracy has been eroded in many developed countries. Private banks are monitored by institutions such as the Fed, but there is insufficient oversight of the Fed itself. When a watchdog such as the Independent Evaluation Office of the IMF eventually criticizes the decision to lend to Greece without demanding haircuts from its lenders, its report is published six years after the fact, without tangible consequences for those responsible.

Unfortunately, as the latest elections in the U.S. demonstrate, when such a broad swath of government is captured, it is very difficult to reintroduce democracy, and attempts at change can lead to dangerous results. There is a sustained long-term campaign to educate and involve a larger segment of the public in governance. This should be coupled with shorter-term campaigns to highlight specific officials who are putting their own interests ahead of those they have a duty to serve.

(Note: Eric Ben-Artzi is a former risk officer at Deutsche Bank. He is one of three former Deutsche Bank employees turned whistleblowers who came forward in 2010-2011 and notified regulators of improper accounting at the bank. The revelations led to a five-year investigation and a $55 million settlement between Deutsche Bank and the SEC, of which Ben-Artzi was entitled to 15 percent. He publicly rejected the multimillion dollar award via an op-ed in the Financial Times.)

Share
Facebook
Twitter
Email
Previous article“Industries Where Market Power Can Harm Consumers the Most Are the Ones We Should Care Most About”
Next articleCan Narratives Shape Society?