Are We All Rent-Seeking Investors? 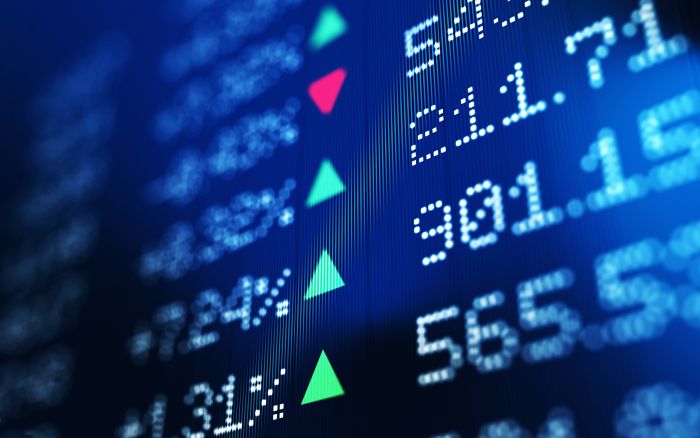 Has The Economist, the commentary magazine of the capitalistic global elite, embraced the corporate-bashing trend taken by many populist politicians in the U.S., U.K., and many other countries around the world?

“Winners take all! Why high profits are a problem for America” declared the cover story of the March 26th issue of The Economist. If someone thought that this was only a way to provoke and attract newsstand sales, he or she would be disappointed; the headline of the article inside was in the same spirit: “Too much of a good thing. Profits are too high.” The message in the long feature was not much different.

Has The Economist, the commentary magazine of the capitalistic global elite, embraced the corporate-bashing trend taken by many populist politicians in the U.S., U.K., and many other countries around the world? Not really: the rationale and the culprit is yet again the assertion of The Economist that lack of competition is a key driver behind the growing share of the profits of the largest American corporations.

This claim is not new, nor original, but having it on the cover of the magazine signals to us yet again that something is brewing here.  Yesterday the White House and the Council of Economic Advisors joined with a similar narrative; President Barack Obama launched a new initiative that calls on federal agencies to tackle uncompetitive markets. In a statement, the White House said that “across our economy, too many consumers are dealing with inferior or overpriced products, too many workers aren’t getting the wage increases they deserve, too many entrepreneurs and small businesses are getting squeezed out unfairly by their bigger competitors.” The White House blamed “anti-competitive behavior—companies stacking the deck against their competitors and their workers.”

Perhaps there is mounting evidence that the all-time high of the profits and margins of many sectors in the economy is not representing a healthy economy but rather the growing market power of many companies and their ability to raise prices.

Grullon, Larkin, and Michaely (2015) studied all the public firms traded on major exchanges in the United States between 1972 and 2014 and found that more than 90 percent of U.S. industries have experienced an increase in concentration levels over the last two decades. They also found that firms in industries with the largest increase in product market concentration have enjoyed higher profit margins, positive abnormal stock returns, and more profitable M&A deals, suggesting that market power is becoming an important source of value.

This phenomenon has been mainly driven by the consolidation of publicly traded firms into larger entities. The increased level of concentration due to public firms’ consolidation has not been offset by a larger presence of private or foreign firms. Overall they assert that the nature of U.S. product markets has undergone a structural shift that has weakened competition.

The persistence of historic all-time high profit margins of the U.S. companies did not, of course, escape the eyes of the analysts on Wall Street. Sumana Manohar from Goldman Sachs recently pondered how persistent high margins can be reconciled with the very idea of capitalism. Manohar predicted that high margins should attract competition and force margins down eventually but cautioned “if we are wrong and high margins manage to endure for the next few years (particularly when global demand growth is below trend), there are broader questions to be asked about the efficacy of capitalism.”

Are there really broader questions to be asked? Maybe, and the first sets of questions should revolve around the idea that the bigger and more concentrated many companies and industries become, the more they will be able to entrench themselves, to build “moats” to insulate them from competition, to capture regulation, and to get favorable treatment from government or sometimes outright large public sector contracts.

If companies operating in the marketplace can influence prices and regulation, the theorem of profit maximization as a path to welfare maximizations falls flat. If companies can raise prices by monopolizing markets or colluding with other players, and increase revenues by political connections, they are not really engaged in creating value but in transferring value from taxpayers and consumers to their coffers.

When it comes to the financial sector, the consolidation and growing concentration may create a reinforcing cycle in which the more concentrated the asset management industry is, the more likely it is that companies will refrain from competing.

José Azar, Martin C. Schmalz, and Isabel Tecu (2015) studied the effects of having a small group of enormous asset management companies in the United States holding stocks in companies in concentrated industries like airlines. By their estimations in the U.S. airline industry, taking common ownership into account implies increases in the effective market concentration that are 10 times larger than what is presumed “likely to enhance market power” by antitrust authorities. They conclude that growing cross-ownership of competing companies in the airline industry (which is  getting more concentrated in the first place) can explain increases in prices in the industry.

Einer Elhauge (2016) from Harvard Law School takes these findings one step further and claims that such horizontal shareholdings can help explain fundamental economic puzzles, includin
g why corporate executives are rewarded for industry performance rather than individual corporate performance alone, why corporations have not used recent high profits to expand output and employment, and why economic inequality has risen in recent decades.

The growing concentration of many industries in the United States raises many questions regarding US antitrust policy and the growing role of money in politics. Grullon, Larkin, and Michaely trace the growing concentration to lax antitrust policy. Other scholars  claim that the Federal Trade Commission and Department of Justice should test empirically the predictive value of their Horizontal Merger Guidelines, upon which they rely in approving many mergers. (Reeves, Stucke, 2010). Elhauge claims that stock acquisitions by the concentrated asset management industry, which create anticompetitive horizontal shareholdings, are illegal under current antitrust law, and he recommends antitrust enforcement actions to undo them and their adverse economic effect.

In spite of the growing chatter on concentration, market power, and political influence, it seems that these claims need more empirical studies before we can conclude, like The Economist, that for S&P 500 firms these exceptional profits derived from undue market power are currently running at about $300 billion a year, equivalent to a third of taxed operating profits, or 1.7 percent of GDP.

Still, the growing anecdotal evidence from many industries and the persistence of high profits margins in the face of stagnant growth and growing inequality deserves serious consideration. One question may even loom larger: given that more and more Americans’ pensions and long-term savings today are invested in the stock market in defined contribution schemes, have we created a pension model that is based on growing sharer of investments in rent-seeking activities? Put another way, are we facing an economic model in which tens of millions of Americans’ pensions are relying on the ability of companies to extract rents from consumers and taxpayers?

These are the sort of questions that we here at the Stigler Center and the ProMarket blog want to encourage scholars of all related disciplines to explore.

Share
Facebook
Twitter
Email
Previous articleThe US Government Loses As Much As $111 Billion Annually Due to Corporate Tax Dodging
Next articleCorporate Governance Externalities: How Directors’ Reputational Concerns Shape Governance of Other Firms