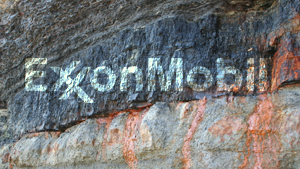 The Rockefeller Family Fund announced on Wednesday that it will be divesting entirely from fossil fuels, due to the industry’s stance on climate change.

The charitable fund, which has a $130 million endowment, was created in 1967 by the heirs of oil baron John D. Rockefeller. More than a century after Rockefeller’s Standard Oil was broken up under the Sherman Antitrust Act, the charity vowed to divest from fossil fuels “as quickly as possible.” According to the statement:

While the global community works to eliminate the use of fossil fuels, it makes little sense—financially or ethically—to continue holding investments in these companies. There is no sane rationale for companies to continue to explore for new sources of hydrocarbons. The science and intent enunciated by the Paris agreement cannot be more clear: far from finding additional sources of fossil fuels, we must keep most of the already discovered reserves in the ground if there is any hope for human and natural ecosystems to survive and thrive in the decades ahead.

The announcement also singled out Exxon Mobil, a direct descendant of Standard Oil, for what it called “morally reprehensible conduct.”

We would be remiss if we failed to focus on what we believe to be the morally reprehensible conduct on the part of. Evidence appears to suggest that the company worked since the 1980s to confuse the public about climate change’s march, while simultaneously spending millions to fortify its own infrastructure against climate change’s destructive consequences and track new exploration opportunities as the Arctic’s ice receded. Appropriate authorities will determine if the company violated any laws, but as a matter of good governance, we cannot be associated with a company exhibiting such apparent contempt for the public interest.

Exxon, the world’s largest oil company, has been accused of misleading the public and its shareholders about the risks of climate change, following reports by the Los Angeles Times and InsideClimate News that Exxon’s in-house scientists have warned company executives about the dangers of climate change as early as the late 1970s. Exxon is now under investigation by the attorney generals of New York state and California.

In response to the Rockefeller Family Fund statement, an Exxon spokesman told CNBC:

“It’s not surprising that they’re divesting from the company since they’re already funding a conspiracy against us.”

Last year the Rockefeller Brothers Fund (RBF) said it was withdrawing all of the $45m it had invested in fossil fuels.

However, the much wealthier Rockefeller Foundation, whose endowment tops $4bn, is understood to be opposed to divestment for now.

Share
Facebook
Twitter
Email
Previous articleStigler Center Talk: Robert Bilott on How to Protect Our Drinking Water
Next articlePutting the Client Last: A Former Investment Banker Explains How Clients are Being Systemically Sucker-Punched