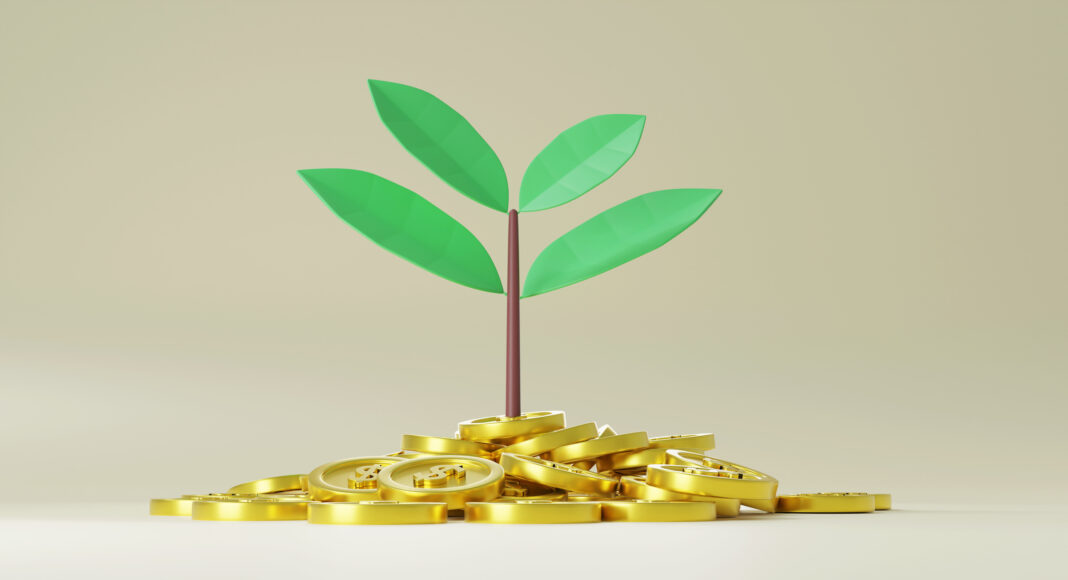 Alessio Terzi
Alessio Terzi is a lecturer at HEC Paris and Sciences Po Lille and an economist at the European Commission. He was previously a Fellow at Bruegel and a Fulbright Scholar at the Harvard Kennedy School. He received his PhD from the Hertie School, and his research and commentary have appeared in BBC World News, Financial Times, and the Wall Street Journal. His book, "Growth for Good: Reshaping Capitalism to Save Humanity from Climate Catastrophe," was published in 2022 by Harvard University Press.

In this Q&A about his new book for ProMarket, Paul Tucker explains the changing global order and the need for academics, policymakers...
Read more
News

Critics of capitalism claim that the economic system incorrigibly encourages the exploitation of the planet and is thus incompatible with efforts to mitigate climate change. Economist Alessio Terzi writes that capitalism’s main alternative, socialism, has been historically just as destructive and that emergent incentives, including shifting consumer preferences and government interventions, will enable capitalism to drive the green revolution.

The sense that capitalism is the root cause of many of society’s most pressing issues, including climate change, has become almost conventional wisdom, in part with the help of many international media outlets. Even the World Economic Forum, not exactly the classic anti-capitalist organization, ran a podcast series earlier this year titled “‘Planet vs profit.” Most recently, on November 7, Colombia President Gustavo Petro used his speech at the 27th United Nations Climate Change Conference in Sharm El-Sheikh, Egypt, to denounce how the market and capital accumulation have led to climate change. Therefore, Petro concluded, capitalism can hardly be its solution.

According to critics of capitalism, like writer and activist Naomi Klein, corporations are incentivized under capitalism to pursue profits without conscience, which entails massive pollution and environmental damage to the determinant of all. Ultimately, the critics argue, just 100 companies worldwide are responsible for more than 70% of the world’s carbon dioxide emissions, but they cannot be stopped because corporate lobbying has put the politicians in their pockets. Consumerism is forced upon otherwise indifferent individuals influenced by pervasive advertisement constantly generating fake needs.

At a societal level, capitalism results in a blind devotion to GDP, which notoriously “measures everything in short, except that which makes life worthwhile,” as Robert F. Kennedy put it. Anthropologist Jason Hickel recently claimed we must “end capitalism and choose degrowth to avoid the ecological collapse.”

While some of this criticism is surely fair, and indeed current capitalism requires significant fixing, the argument that everything is to be blamed on the system sounds rather unconvincing.

Suffice it to look back to the experience of the socialist Soviet Union, which had abolished prices as the organizing principle of the economy in favor of centralized planning and where firms did not pursue profit maximization or engage in corporate lobbying. Consumer goods were in turn standardized, as product variety was considered a perversion of Western capitalism. The Bloc had not even adopted GDP as a metric driving policymaking. And yet, its environmental impact was disastrous.

For instance, the Soviet Union’s decision to install a wasteful irrigation system to grow cotton in an arid region of Central Asia dried up the world’s fourth-largest lake, the Aral Sea. In parallel, large quantities of pesticides and fertilizers flowed into the sea’s basin. In 2010, former UN Secretary General Ban Ki-moon called the destruction of the Aral Sea “one of the planet’s worst environmental disasters.” The Soviet Union’s record on carbon dioxide emissions and air pollution more broadly is no rosier. As science writer Leigh Phillips rightly said, even had the whole world been socialist in the 20th century, the planet would still be heating up.

What capitalism and socialism share is the fact that, for a very long time, global warming was simply not considered a very pressing issue. The general public was not aware of climate change or considered it an abstract threat in a distant future. Politicians, who knew their job approval depended on shorter-term concerns, eagerly fostered industrialization and job creation to the environment’s detriment.

In fact, when societies perceived environmental threats as imminent and closer to home, such as air or water quality, capitalist democracies responded to citizens’ concerns by enacting stringent regulations. Businesses responded to these regulations by developing new technologies that abandoned banned pollutants. Socialist authoritarian regimes were slower on both fronts.

Which brings us to present-day capitalist societies. The one deciding factor that will define the speed of the green transition is the degree to which citizens deem it an utmost priority. As French writer Victor Hugo wrote, “nothing is more powerful than an idea whose time has come.”

Fortunately, public awareness and concern about climate change are increasing. In part, this is because the distant future has quickly become the present, and the once abstract threats of climate change have materialized as floods, droughts, wildfires, mega storms, and heatwaves. Now that this is the case, next steps can be rapidly unlocked.

In response to public concern, governments have the incentives to put in place environmental regulations to jump-start a green transformation, such as the recently agreed ban on new fossil-fuel cars in Europe and California. The purpose of these regulatory interventions, together with large public investment programs, such as the installment of electric vehicle (EV) chargers, and green industrial policy, like President Joe Biden’s Inflation Reduction Act, is to break technological lock-ins and overcome businesses’ initial risk aversion. These factors would otherwise slow down the rollout of the green transition, which, it is worth recalling, resembles the upheaval of the industrial revolution that took most Western European countries over half-a-century to undergo in the 18th and 19th centuries. Climate science demands a timeline of mere decades.

As consumer preferences shift and government environmental policies fall into place, pioneering companies can power ahead to develop and deploy new products that are climate neutral, even if these are initially more expensive, knowing they will tap into large markets of environmentally aware consumers who see added value in preserving nature. This is precisely what we are seeing with EVs, and the logic will eventually apply to a variety of sectors, from heating to aviation.

Large profits will accrue to the companies that manage to crack these green technologies first, giving them the means to improve production processes to lower costs and expand their operations further. Firms that remain locked into the fossil fuel economy will be perceived as antiquated and dwindle. The battle of proverbial Schumpeterian destruction will be fought over climate neutrality, and as capitalism goes green, it will become evident once more that prosperity, people, and planet are perfectly compatible.

Disclaimer: The views expressed in this article belong to the author alone and do not necessarily reflect those of the European Commission.