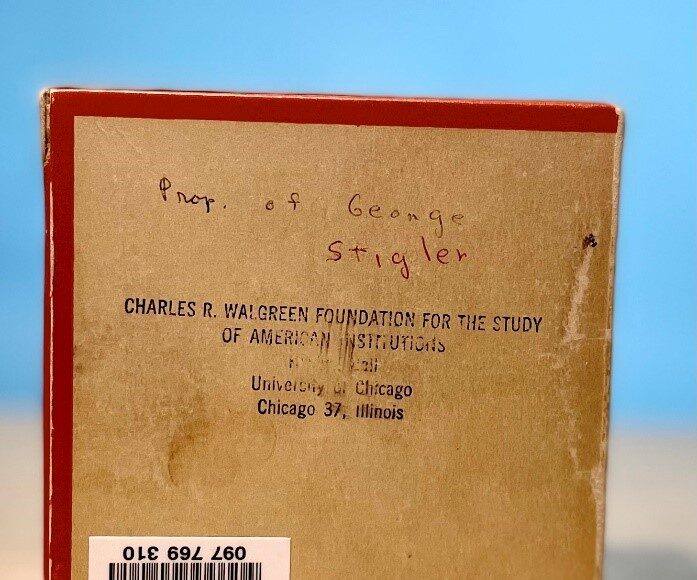 Jonathan Kanter, Assistant Attorney General for the Department of Justice Antitrust Division, recently gave a speech condemning the use of the consumer...
Read more
Antitrust and Competition

When bank employees are afraid of punishment from regulators, they are likely to conceal information about their faulty decisions. This in turn...
Read more

New research observing 100 years of concentration in economic activities and investment in research and development shows that the dominance of large businesses has been increasing for at least a century and, as Marx conjectured, may be a feature of the increasingly stronger economies of scale that accompany industrial development.

In recent years, one of the most widely discussed findings about the US economy is the rise of concentration in many industries since the 1980s. A number of researchers have analyzed comprehensive census data covering this period to document that the output share of top businesses has been increasing. This evidence has also inspired lively debates on whether the increased concentration is a result of IT, regulation, globalization, low interest rates, or demographics.

Is Rising Concentration a Recent Anomaly or a Long-run Feature?

Looking back, this is certainly not the first time that rising concentration in economic activities has been analyzed theoretically or empirically. Indeed, there is a centuries-old conjecture that rising concentration can be a feature, if not a law, of industrial development. For example, Karl Marx suggested in Das Kapital (1867) that the development of industrial technology would increase economies of scale and concentration in production activities. Twenty three years later, Alfred Marshall expressed similar views in his book Principles of Economics (1890). Perhaps even more surprisingly, Vladimir Lenin collected data to calculate concentration in output and employment in the early 1900s, and argued that “the enormous growth of industry and the remarkably rapid concentration of production…are one of the most characteristic features of capitalism.” Early work by George Stigler titled “Economies of Scale” in 1958 also noted that a greater role of larger companies can be a straightforward reflection of economies of scale.

To understand the broad historical currents of concentration, we collected financial information of all US corporations by size groups for the past 100 years. We obtained this data by digitizing historical publications of the Statistics of Income (SOI) from the Internal Revenue Service (IRS), published annually since 1918. Interestingly, we came across Stigler’s 1958 paper not from reading the literature, but from the microfilms of SOI data we borrowed from the University of Chicago library–several of the microfilms from the 1950s had the writing “Property of George Stigler” on their cases. We wondered why Stigler purchased these data and eventually discovered that the SOI data was also the basis for his research.

The SOI data allows us to capture concentration in US economic activities and compute the fraction of assets, sales, or net income accounted for by the largest businesses (e.g., top 1 percent or top 0.1 percent). Such measures can be constructed for the economy as a whole as well as for specific industries. To be clear, our focus is not market concentration for a particular product, which would require defining markets based on consumption activities. Instead, our focus is the business size distribution in the US, namely the extent to which larger businesses dominate in the total volume of production activities across the economy.

A Persistent Rise in Concentration

The data reveals a persistent rise in the dominance of the top 1 percent and top 0.1 percent of businesses in the US. From 1918 to 1975, the SOI provided size groups sorted by net income (green line with circles). Starting in 1959, the SOI also provided size groups sorted by sales (red line with diamonds). The longest and most comprehensive size groups are sorted by assets, available since 1931 (blue line with triangles). No matter the measure you choose, the long-run increase in corporate concentration is clear.

Just as Stigler, Marx and Lenin had predicted, the reason for increased concentration appears to be economies of scale. Among different industries, we find that the timing and the degree of rising concentration align closely with rising investment in research and development (R&D) and information technology (IT), measured using additional data from the Bureau of Economic Analysis (BEA). These types of investments usually require a certain degree of scale due to upfront spending, while also producing technological changes that enhance economies of scale. Accordingly, we use investment intensity in R&D and IT as a general indicator of firms exploiting economies of scale.

We then analyze two other mechanisms. One question is whether trade and globalization can explain our baseline facts. International trade in the US (relative to GDP) did not expand substantially in the first half of the 20th century, and globalization only began to accelerate around the 1970s. In our data, rising concentration in manufacturing was stronger before the 1970s. During the period of globalization, rising concentration was stronger in services instead, and services have smaller trade volumes than goods. The timing suggests that international trade does not account for the entire long-run evidence. Nonetheless, the US already established broad domestic markets by the late 19th century, which would help explain the appeal of economies of scale.

Another natural question is whether regulatory policies and antitrust enforcement drive the main trends we find. For instance, regulatory restrictions on interstate banking could have a direct impact on the size of banks (and we indeed observe rising concentration in banking when these restrictions were lifted). In most other sectors, we are not aware of policies that align with the patterns of rising concentration in our data. The past century witnessed several regimes of antitrust enforcement—however, rising corporate concentration has been a secular trend throughout these different antitrust regimes. We do not observe a significant relationship between corporate concentration in our data and standard aggregate antitrust enforcement measures, such as the   number of antitrust cases filed by the Department of Justice (DOJ) or the budget of the DOJ’s antitrust division. Overall, we do not find evidence that antitrust shapes the economy-wide business size distribution, although it could have a more visible impact on the market for a particular product (which is closer to the domain of antitrust analyses).

Even if higher concentration in production activities comes from economies of scale, some contemporary observers fear that economies of scale will ultimately weaken competition and cultivate monopoly power (Lenin highlighted such concerns as well). Analyzing this question requires reliable measurement of market power. So far, most studies do not find rising markups (the standard measure of market power) before the 1980s, and some argue that markups have increased since the 1980s. Combined with our findings, the evidence suggests that stronger economies of scale does not always lead to stronger market power. It is possible that such a link may exist under certain conditions, and future research could shed more light on this topic.

Looking into the future, an intriguing question is whether rising corporate concentration will be an enduring trend. Understanding this question requires more insights about whether ongoing technological change will increase fixed costs and reduce marginal costs in production, or ultimately facilitate decentralization. As we see, many of the issues regarding concentration that capture our attention today have been discussed for over a century. Perhaps they will remain an important part of economics research and social discourse 100 years later. Time will tell and stay tuned.