Capitalisn’t Is Back: Can Economists and Journalists Work Together to Improve Capitalism? 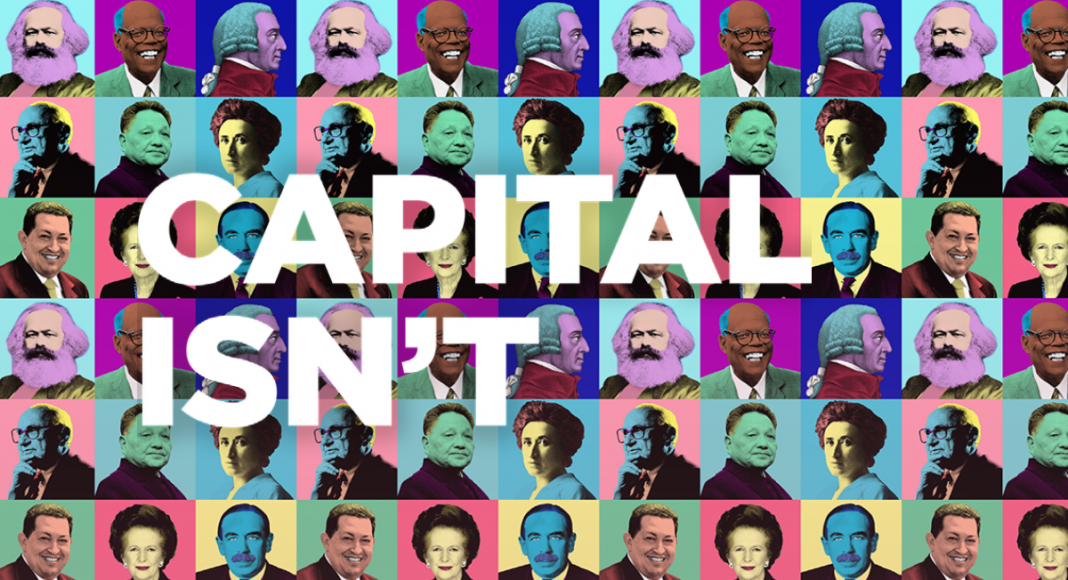 Is capitalism the engine of prosperity, or is it the engine of destruction? On this podcast, we talk about the ways capitalism is—or more often, isn’t—working in our world today. Hosted by Vanity Fair contributing editor Bethany McLean and world-renowned economics professor Luigi Zingales, we explain how capitalism can go wrong, and what we can do to fix it.

Journalists and academics aren’t so very different. At our best, we’re all intellectually curious. We’re trying to find and illuminate the world’s truths, and then express those truths in a clear way that will resonate with others. We should be information intermediaries that are essential for the working not only of capitalism, but of democracy itself.

And yet, historically, there’s been a big split between us. Most academic economists think that journalists are superficial, only driven by anecdotes. Most journalists think that academic economists are so engulfed in their models that they miss the forest for the trees. There’s plenty of evidence that both can be right! And yet, these stereotypes get in the way of what could be a fruitful collaboration.

It’s indisputable that the world has changed. In the past, journalists were often untrained in statistics and ignorant of the academic literature. Academics were often uncomfortable with letters (other than the Greek ones) and skeptical of any attempt to popularize their discipline. But the digital revolution and the consequent changes in social norms have eradicated these differences. Data analysis has become an essential part of journalism. Just a few Google searches allow journalists to access the latest academic discoveries. At the same time, Twitter has destroyed any distance between academic economists and the broader public. In the past, only academics with a natural talent for communication, like Milton Friedman or Paul Krugman, were steeped in the public debate. Today, anyone with a PhD in economics feels entitled to pontificate on Twitter.

Unfortunately, rather than producing a synthesis of the best of journalism and academia, this (con)fusion of roles seems to have elicited the worst of both sides. Economists on Twitter often seem to abandon academic rigor and become advocates. Journalists are even more emotional, less impartial, and less fact-based. The result has been a cacophony of voices, not a conversation. It seems paradoxical that in a world where any information is a Google search away, people are less informed, and yet, here we are.

It does not have to be this way. Good journalists have a unique ability to sort through a mountain of sources to determine the most plausible version of the facts, and then to communicate a complex idea in simple words. Most importantly, they have an unwavering professional commitment to separate the facts from their opinions. Good economists are trained to reduce a complex phenomenon to a few key determinants, which can be tested empirically. They are also trained to understand the general equilibrium implications of every phenomenon. Most importantly, their rigorous framework prevents them from bending their conclusions to please the crowd.

This is the reason why the new season of the Capitalisn’t podcast starting today will bring together a journalist (Bethany McLean) and an academic economist (Luigi Zingales). The idea isn’t a journalist interviewing an economist, but an equal partnership that we hope can distill the best of what our two professions can provide.

What unites us is much more than mutual respect for our different roles. We both believe that the capitalist system is an essential engine for human material progress. But we both believe that this capitalist system is failing us, from the lack of improvements in the standard of living to the deterioration of the environment around us. We both agree that the best way to fix this capitalism is to expose its problems. And we do not just preach: in our respective roles, we have a long track record of exposing the improprieties of capitalism, from Enron to the money stolen by the Russian Oligarchs.

Exposing “what is working in capitalism today and what it isn’t” has been the spirit of the Capitalisn’t podcast from the beginning. Today, even more than when the podcast first began, the world needs a reliable, factual discussion of capitalism’s flaws, from a source whose goal isn’t to destroy it, but rather improve it, a source able to mix education with entertainment, and a source that merges the best of journalism and academia.

Have fun listening to us and please send us your feedback.