The Pandemic Has Revealed America’s Impatience. But America Will Need Patience in the 2020 Election 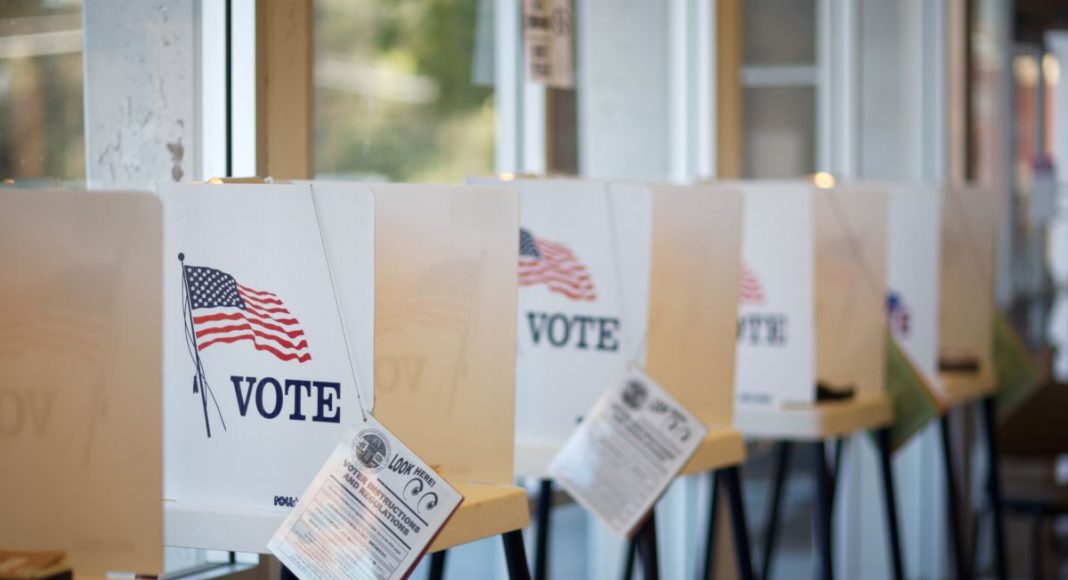 A large body of literature has produced uncertain conclusions about how elections affect firms’ access to credit. In a wide-ranging analysis of...
Read more

The proliferation of mail-in voting is likely to make knowing who won the election take much longer than Americans are used to. Voters in November may have to wait a long time for the final results.

Before the coronavirus pandemic hit America, I had a full dance card flying from one speaking engagement to another. I’m an election lawyer and this is an election year. Plus, I had a new book, Political Brands, to talk about.

Then, in March, everything came to an abrupt stop. I am starting the fourth month in a row of working from home.

The impact of the coronavirus on the daily lives of millions of Americans has demonstrated that patience is a virtue. But it is clearly a virtue that not everyone in the United States possesses, as politicians and armed groups have demanded that America open back up despite the health risks of an ongoing pandemic.

Nonetheless, patience is something that Americans are going to need in November 2020 as election results slowly filter in. As others have said, move over, election day—welcome, “election week.”

What I mean by “election week” is that many more American voters than usual are likely to vote by mail in the 2020 presidential elections because of the pandemic. A bipartisan group of elections experts, including me, wrote about this in a recent white paper entitled Fair Elections During a Crisis, providing suggestions to elections officials and the media on how to conduct a fair 2020 election. The crises that were top of mind when we wrote the piece were Covid-19 and foreign cybersecurity threats. But most of the recommendations would also apply to the civil unrest of public protests against police violence as well.

The white paper noted that while five states have vote by mail elections, the remainder have a patchwork of approaches that may make moving to an all-vote-by-mail election more challenging for elections officials.

Moreover, the proliferation of mail-in voting is likely to make knowing who won the election take much longer than Americans are used to. In a more typical election, most voters vote in person on various types of electronic voting machines. That allows for a quick tabulation of votes. But with vote by mail, there’s the added step of opening millions of envelopes, matching signatures, and then feeding ballots into machines. This is why, in the November 2016 election, California didn’t have final vote totals until December. (California’s voting population is huge and its use of mail-in ballots was significant in 2016).

Not every state will take as long as California did to count its 2016 ballots, of course, since no other state has California’s populace.

Despite the lessons from the Wisconsin primary, in which voters stood for hours in long lines to vote during the pandemic, leading certain voters and poll workers to catch the coronavirus, and the recent long lines and chaos in Georgia’s primary, some states like Texas are taking the puzzling stance of not allowing fear of contracting Covid-19 as a valid excuse for absentee ballots, which means more voters in Texas will have to don personal protective gear and go to a polling place in person in the fall.

The good news is that many states are going in the other direction from Texas and offering vote by mail options to all voters. For example, Michigan’s Secretary of State, Jocelyn Benson (D), is sending absentee ballot applications to all Michigan voters. Ohio’s Secretary of State, Frank LaRose (R), is offering absentee voting by mail to any voter who requests it, and in New York, which was hit particularly hard by the pandemic, Governor Andrew Cuomo (D) ordered absentee ballots be sent to every registered voter for the June primary. In California, Governor Gavin Newsom (D) has ordered ballots to be mailed to every California voter ahead of the November election. However, the Republican National Committee is suing to stop California from sending out mail-in ballots to voters.  And a judge enjoined Governor Newsom’s order, but the California legislature changed the law to allow for the mailing of ballots to California voters after all.

Given all of this, there could be delays in getting to the final official count of ballots in plenty of states, especially if they are new to dealing with a high volume of vote-by-mail ballots. But voters should know that just because it is slow, that doesn’t mean there is fraud. Additionally, don’t forget the potential for recounts and the inevitable litigation in states where vote totals are close. For example, in 2018, Florida had several races go to recounts and the victors were not declared final until thirteen days later. And few can forget the 2000 presidential election, which hinged on a Florida recount and litigation that went all the way to the Supreme Court and was resolved a month later.

So just as we have all had to learn to be patient during the pandemic—waiting for states to bend the curve, waiting for stores to be restocked with essentials, and waiting for the day when we can be safe in public places again—we voters will have to be patient in November and wait for the votes of our fellow citizens to be carefully tallied, one by one.