What is the Connection Between Collective Bargaining and Police Officer Misconduct? Evidence from Florida 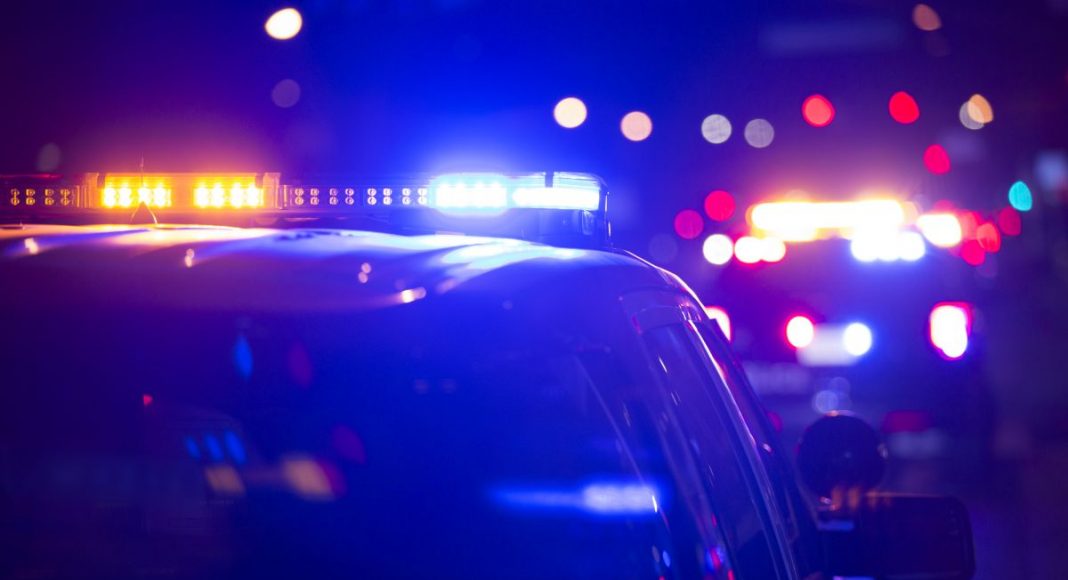 Richard H. McAdams
Richard H. McAdams is the Bernard D. Meltzer Professor of Law at the University of Chicago Law School. He writes on criminal law and procedure, social norms, the expressive function of law, inequality, and law and literature. He is the author of The Expressive Powers of Law (Harvard University Press 2015) and co-editor of Fairness in Law and Economics (Edward Elgar 2013).

John Rappaport
John Rappaport is an Assistant Professor of Law and a Ludwig and Hilde Wolf Research Scholar at the University of Chicago Law School. He studies criminal procedure and the criminal justice system. Much of his current research focuses on policing and police misconduct, including the effects on police behavior of collective bargaining rights, unionization, and regulation by insurance.

A working paper finds that after sheriffs’ deputies in Florida were allowed to unionize, violent incidents increased by 40 percent.

In the aftermath of the brutal killing of George Floyd and the ensuing nationwide—and indeed global—outrage and protests, an unprecedented focus on the causes of police violence and misconduct and their implications for the reform of policing in the United States has emerged.

In the course of this ongoing public debate, the role of police unions has attracted considerable attention. Critics of police unions have long argued that unions impede organizational reform and insulate officers from being disciplined for misconduct. In particular, prior research has shown that many police collective bargaining agreements (CBAs) create procedural rights for officers that make it difficult for agencies to investigate and discipline misconduct, including the excessive use of force. These protections include the requirement that questioning be delayed for a specified period of time following an allegation, the right to challenge disciplinary actions through arbitration, and the right to have disciplinary records expunged.

On the other hand, collective bargaining has been shown to increase wages and benefits. These effects may reduce police misconduct by raising its opportunity cost—that is, by making it more costly to be terminated (even if the likelihood of discipline and termination is lower under collective bargaining). Proponents of union activity also argue that unionization creates a sense of empowerment and improved job satisfaction, which may also reduce misconduct.

Thus, the impact of collective bargaining on law enforcement misconduct is ultimately an empirical question. Our working paper Collective Bargaining Rights and Police Misconduct: Evidence from Florida provides new evidence on this question using variation created by a 2003 change in Florida labor law, along with administrative data on incidents of police misconduct from the Florida Department of Law Enforcement (FDLE). Our findings suggest that the conferral of collective bargaining rights is associated with large increases in violent misconduct.

Our empirical analysis examines how Williams affected incidents of misconduct by law enforcement personnel at these two types of agencies. This approach entails comparing the treatment group of SOs (which were affected by Williams) to the control group of PDs (which were unaffected by Williams). Past literature on policing suggests that law enforcement officers in Florida perform similar job functions at SOs and PDs. Corrections officers—who are found in significant numbers in SOs but not in PDs—represent an exception, but we exclude misconduct involving corrections officers from our analysis to make the treatment and control groups more comparable.

Data on incidents of misconduct is obtained from a comprehensive administrative dataset provided by the FDLE on Florida law enforcement agencies—covering both SOs and PDs—over the period 1996-2015. In particular, the FDLE’s Automated Training Management System (ATMS) records incidents of officer misconduct involving allegations that have typically been sustained by local agencies before reaching the FDLE.

These allegations usually begin as civilian or internal affairs complaints investigated by a local agency. If the local agency sustains the allegation and the offense violates a “good moral character” requirement, the agency is required to report its findings to the FDLE, which conducts an independent disciplinary process. “Moral character” violations are defined to include the commission of any Florida felony or any of a substantial list of Florida misdemeanors, excessive force, or the misuse of an official position.

Our analysis focuses on incidents involving express or implied violence, which generate the greatest public concern (especially in the light of recent events). Moreover, reporting is arguably likely to be better for violent incidents than for nonviolent misconduct, some of which is relatively trivial.

We first establish that the treatment and control groups of agencies experienced similar trends in violent incidents of misconduct prior to Williams. In particular, there is no evidence of any differential effects for SOs and PDs in years prior to Williams. We then estimate a model of violent incidents that implements the difference-in-difference strategy described above.

So described, the estimated effect is not implausibly large, but it points nonetheless to a substantial divergence between SOs and PDs following Williams. The basic result is robust to a wide variety of additional tests.

We also analyze the potential mechanisms through which collective bargaining rights may affect violent misconduct. The estimated effect appears to be concentrated among SOs that adopted CBAs following Williams. There is also some evidence that violent incidents appear to increase following SOs’ adoption of CBAs. This provides some assurance that the mechanism underlying the baseline result involves collective bargaining, as opposed to some extraneous factor that differentially affected SOs after 2003. For SOs that never adopted CBAs, the estimated effect of Williams is somewhat weaker. Nonetheless, it is sufficiently strong to suggest “bargaining in the shadow of the law” among SOs that never adopted CBAs.

Our analysis is at the agency-year level, and it is possible that the composition of agencies changes over time. For instance, it may be that officers who are more likely to be involved in violent misconduct tend to join SOs following Williams. To address this possibility, additional analysis (not reported in the current version of the paper) restricts attention to violent incidents involving only those officers who were hired by their agency prior to the Williams decision. This test leads to very similar results, suggesting that the basic result likely reflects reduced deterrence of violent misconduct among incumbent officers after Williams, rather than compositional effects due to the hiring of officers with different propensities for misconduct.

A number of factors, moreover, bias against our finding. Perhaps most important, unionization (or bargaining in the shadow of collective bargaining rights) may be expected to reduce the propensity of local agencies to sustain allegations of misconduct, as officers gain power. Anticipation of this effect, moreover, may discourage civilians and other officers from reporting misconduct. Recall that our dataset primarily contains complaints that local agencies have sustained and reported to the FDLE. Thus, a decline in the willingness of agencies to sustain complaints, or of individuals to lodge them in the first place, would depress the number of violent incidents of misconduct reported in our dataset.

That we nonetheless observe an increase in the number of violent incidents implies that the “true” increase overwhelms any decrease caused by a declining propensity to report or sustain complaints.

Additional factors also bias against our result, giving us further confidence in our findings. Florida is a “right-to-work” state, which means that employees cannot be compelled to join or pay dues to the union that represents and collectively bargains for their workforce. Unions in right-to-work states are generally thought to be weaker than those in other states. Also, Florida provides by statute a Law Enforcement Officer Bill of Rights (LEOBOR), which includes procedural protections for officers facing disciplinary investigations. Florida’s statutory protections leave less for unions to accomplish through collective bargaining, limiting the gains from collective bargaining compared to in states without such a statute.

In general, these factors make the basic finding all the more striking. Notwithstanding these caveats, the arguably exogenous change in collective bargaining rights created by the Florida Supreme Court’s Williams decision in 2003 provides an unusual opportunity to study the consequences of collective bargaining rights for law enforcement behavior. We hope the evidence reported in our working paper can contribute to ongoing debates with respect to police behavior, police unions, and police reform.