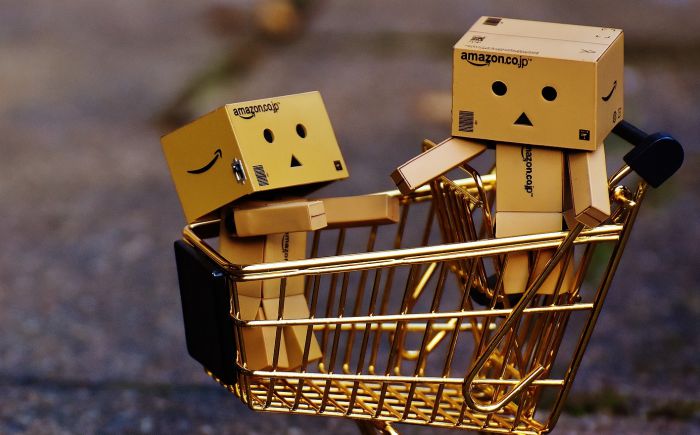 If there was any doubt that online marketplaces should be considered a separate market before the coronavirus wiped out brick-and-mortar retail, there should be none left. We are beholden to online delivery and Amazon is our ruler.

Yesterday we learned what we already suspected—that Amazon’s private-label executives work with other divisions to access proprietary data on specific sellers in its Marketplace in order to clone the best-selling items. Amazon then steers shoppers on its dominant platform to the clone by rigging its search algorithm and inserting itself into the Buy Box.

Because this “two-step” anticompetitive strategy doesn’t produce observable short-term price or output effects, the consumer welfare framework that undergirds our current antitrust regime cannot police it. Barring a change to our antitrust regime, we need to identify a different set of regulatory tools to protect innovation at the edges of the dominant platforms.

And we need to do it yesterday. As noted in the Wall Street Journal story, a vendor named etailz worries about doing business at Amazon because it “doesn’t want to risk private-label copying [of] their product.” Multiply that risk across all independent merchants who might throw in the towel, and the innovation harms could be staggering. Alas, innovation harms of the kind generated here only serve as an “and also” factor in antitrust analysis.

The risk wouldn’t be so threatening for edge innovation if there were other online platforms that constrained Amazon’s power. But with $339 billion in goods sold on its Marketplace in 2019, Amazon controls nearly 70 percent of gross merchandise transacted across all US online platforms, per Digital Commerce. The next largest online platforms, eBay and Walmart, account for just 18 and 10 percent of all online sales, respectively.

If there was any doubt that online marketplaces should be considered a separate market before the coronavirus wiped out brick-and-mortar retail, there should be none left. We are beholden to online delivery and Amazon is our ruler.

To protect entrepreneurship and small business on the Internet, the lifeblood of jobs and innovation, we need to act swiftly and forcefully. Here are four remedies that Congress could enact tomorrow if they were determined to stop Amazon’s cloning strategy.

(1) Ban Amazon’s private-label business: Under this structural approach, Congress would compel Amazon to stop selling its own wares. As Senator Warren is fond of saying, you can be the umpire (platform) or the player (merchant), but you can’t be both. This break-up would not come as a remedy to an antitrust case, but instead via legislative fiat, along the lines of the Glass-Steagall Act of 1933, which separated investment banking from retail banking.

Without an affiliated merchandise arm, Amazon would have no one to favor on its platform. And cloning would be useless. The biggest proponents of this plan are Lina Khan, Stacy Mitchell, Matt Stoller, and Zephyr Teachout. Teachout explains how line-of-business restrictions for dominant platforms would work here.

(2) Bar Amazon from discriminating in favor of its affiliated brands: A less invasive approach would be to allow Amazon to have a foot in the content pool, but bar it from steering users via its search algorithm to its affiliated merchandise.

The idea comes from the 1992 Cable Act, which permits cable operators to invade programming, but prevents them from favoring their affiliated networks or disfavoring similarly situated rivals.

Congress would need to establish a forum (or what I call the “Net Tribunal”) to adjudicate discrimination complaints from independent merchants, as well as from the agency tasked with policing this nondiscrimination standard. In a recent submission to the Antitrust Subcommittee, I explained how the Net Tribunal would operate. When the agency brings a complaint, it could seek structural or injunctive relief; private complainants could seek injunctive relief and damages.

By preventing Amazon from steering searches to its clone, this remedy would materially decrease Amazon’s returns to cloning. Other proponents of this approach include Public Knowledge, which advocates for the creation of a new digital regulator tasked with enforcing (among other things) a nondiscrimination standard, as well as the American Antitrust Institute, which similarly called for “economic regulation to promote non-discriminatory access or interoperability.” Because Amazon has forced its merchants to accept binding arbitration as a condition of doing business on its dominant platform, however, independents could not avail themselves of this tribunal without the next remedy.

(3) Bar Amazon from including binding arbitration clauses in its contract with merchants: To bring a discrimination complaint at the Net Tribunal or even an antitrust complaint against Amazon in a federal court, merchants would need to be freed from obligations in their Amazon contracts to resolve all disputes with an arbitrator.

This remedy is already in process, as the House passed the Forced Arbitration Injustice Repeal Act in the fall, and the legislation is awaiting action in the Senate. It bears noting that even in the face of this constraint, the agency tasked with policing a nondiscrimination standard is not barred from bringing a complaint against Amazon. And attorneys general are not barred from bringing an antitrust complaint Amazon.

Even though cloning and self-preferencing don’t squarely fit the antitrust framework, there are some good antitrust cases that merchants or AGs could bring against Amazon, including its tying of fulfillment services to a merchant’s unfettered access to Amazon’s platform, if it weren’t for the binding arbitration clauses.

(4) Bar Amazon from using any information collected as part of a transaction for other purposes: If implemented on a standalone basis or in combination with nondiscrimination, this remedy would also allow Amazon to dip its foot in the content pool.

But Amazon’s cloning factory would be stymied without access to the proprietary information it steals from merchants, such as the amount of money a brand spends on marketing and shipping on the Amazon platform. Amazon could still use the information they gather as a retailer to develop products such as sales and product ranking, but not information from sellers they gather as a platform or advertising business.

As Harold Feld explained on Twitter and in his book, telecom policy has confronted this problem before, and has a pretty good solution called customer proprietary network information or “CPNI.” The CPNI rule was used to prevent AT&T, the dominant platform of an earlier era, from stealing business from “enhanced service providers” such as home-alarm companies or electronic publishers that depended on AT&T’s network to access customers.

This protection was eventually enshrined in the 1996 Telecom Act. As Feld notes, the biggest challenge is figuring out enforcement in the absence of a designated agency, but this is also manageable, so long as Congress creates a Net Tribunal at an existing agency or inside a new digital agency. With a private right of action, merchants could bring complaints alleging violations of CPNI, as well as discriminatory conduct.

These four options are not mutually exclusive. Indeed, many are complementary. The important point is that Congress has tools outside of antitrust to fix Amazon’s cloning problem.

But it needs to move quickly: According to the Wall Street Journal story, Amazon aims to grow its private-label business to account for ten percent of its sales by 2022. Whether Congress is up for the task depends on who wields power in America. Does Amazon control us or do we control Amazon?