The Role of the StateAntitrust and CompetitionThe Equitable EconomyESG & Corporate Governance

The Darkest Side of Monopsony: The South Korean Case 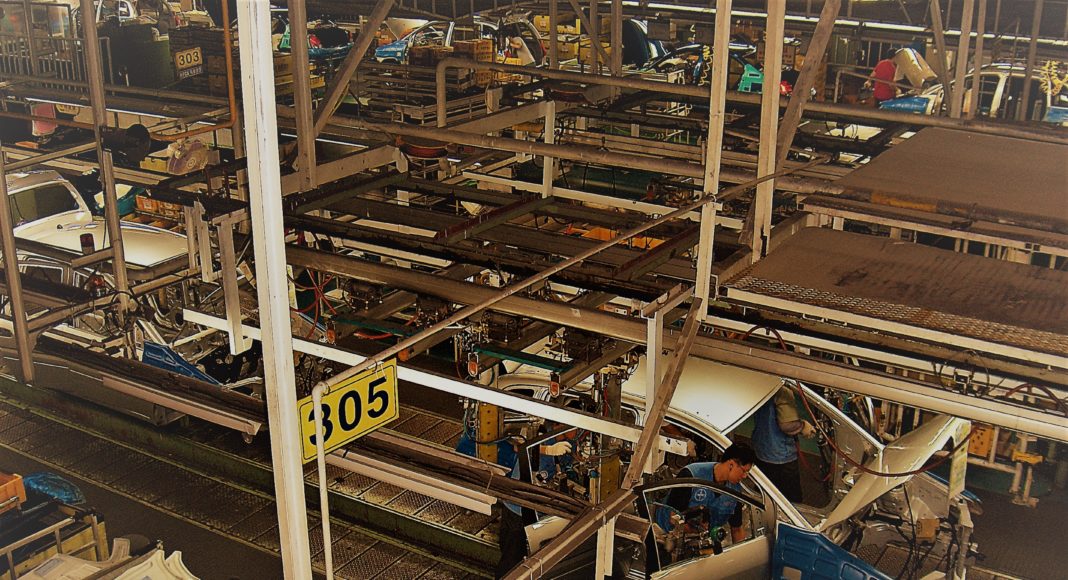 As the war in Ukraine enters its second year, a new study measures stakeholders’ desire to see their firms exit Russia and...
Read more
Event Notes

“Chaebols”, large business groups controlled by founder families, are usually considered a crucial ingredient of South Korea’s economic miracle. But after a process of consolidation, big chaebol firms such as Hyundai established exclusive supply chains with suppliers of parts and components and began to engage in price squeezing and intellectual property extortion in bargaining with its suppliers.

The increasing economic-wide concentration of “chaebols”, large business groups in South Korea controlled by founder families, and the consolidation by big chaebol firms has resulted in “monopsony”, a market with a single dominant buyer, in major South Korean industries, such as the automobile industry.

The monopsonist has deprived small and medium-sized enterprises (SMEs) of incentive for innovation in parts and components sectors and squeezed the profits and the wages of these SMEs to about 60 percent of its own.

The Korean case indicates that the harm caused by monopsony goes beyond the ill protection of the monopsonist’s workers.

Nobel economics laureate Robert E. Lucas Jr. called Korea’s economic growth “a miracle” in his 1993 Econometrica paper. The economic growth of Korea since the 1960s was driven by the government-led and chaebol-centered strategy of development.

However, this developmental strategy was accompanied by an increasing economy-wide concentration of chaebols and the consolidation by big chaebol firms in major industries, which was accelerated after the Korean financial crisis in 1997.

For example, in the automobile industry, Hyundai Motors acquired Kia Motors, while all the other three car-makers went into bankruptcy and then sold to foreign producers between 1998 and 2004. This merger and reshuffling led to local monopolization in the automobile market, establishing monopsony in the automobile parts and components industry. As of today, Hyundai-Kia Motors occupies about 80 percent of domestic automobile sales.

Once the monopsonist establishes exclusive supply chains with suppliers of parts and components, it begins to engage in price squeezing and IP (Intellectual Property) extortion in bargaining with its suppliers.

Without punitive damage nor discovery in place in civil lawsuits in Korea, subcontractors have no choice but to take the abuse from monopsonist. Otherwise, they know that they will be cut off from this exclusive supply chain, left alone without any viable alternative buyer.

Hence, the suppliers, faced with profit squeezing and IP extortion, have less incentive to innovate. They thus become largely indistinguishable and replaceable and fall prey to price squeezing once again. This is how such SMEs lose both the incentive and the capacity to innovate, and are forced to compete in terms of price alone, rather than quality or technological capacity.

According to the 2015 Workplace Panel Survey conducted by the Korea Labor Institute, substantially fewer subcontractors invest in research and development (R&D) if they are under an exclusive contract. This simple comparison stands even when we control firm characteristics in a logistic regression analysis.

Hyundai Motors was able to keep its vehicle prices competitive by this price squeezing. The consolidated financial statements indicate that Hyundai Motors had a cost advantage of at least 10 percent over Volkswagen in the ratio of material costs to revenues in 2014.

The material costs of carmakers comprise both parts and raw materials such as cold-rolled steel plate; in the case of the latter, costs reflect international market prices and do not differ widely. Therefore, material cost differences are determined by the prices of parts.

As long as price squeezing provides an easy way for a big chaebol firm to guarantee its own price competitiveness, it has less incentive to push for innovation as well. Hyundai Motors’ ratio of consolidated sales to R&D spending is just 2.4 percent, while that of Volkswagen stands at over 5 percent in 2014. Hyundai

However, this price competitiveness no longer works. On one hand, price squeezing is reaching its limit in the low-end models of automobiles since new carmakers, especially from China, became viable in this segment of the market. As a consequence, Hyundai’s market share in China plummeted from 10.4 percent in 2014 to 5 percent in 2017.

On the other hand, the lethargic innovations of carmakers and parts producers put the Korean automobile industry in jeopardy in the wake of connected cars and electric vehicles.

An article published in Dong-A daily newspaper—on July 19, 2016, estimated the technological capacity of Korean firms when it comes to impact prediction, control technology, and autonomous safety technology fitted in today’s high-specification cars to be only about 70 percent of the level of that of German and Japanese firms. Their level in the eco-friendly sector, which includes electric vehicles, is only about 80 to 90 percent that of the US and Japan.

The devastating consequences of monopsony on innovation, and thus loss of consumer welfare, are not unique to Korea. As illustrated in Saving Capitalism from the Capitalists, a book written by Raghuram Rajan and Luigi Zingales, until the 1960s, three automakers—GM, Ford, and Chrysler—colluded to dominate the US automobile industry; hence, parts and components suppliers had exclusive contracts with them.

This monopsony prevented any meaningful technological innovation or cost-cutting. Inevitably, Japanese car imports to the US in the 1970s triggered a crisis among US domestic automobile producers.

Ironically, when Japanese carmakers started building factories in the US and buying parts and components from American subcontractors, the monopsony and the exclusive contracts were broken, and the increased competition and productivity between local suppliers of parts and components led to the revival of the US automakers.

In a society that experiences economy-wide concentration by a small number of big business groups, the monopsony and the exclusive supply chain are the fundamental reason for the widening wage gap between workers at SMEs and those at big chaebol firms. According to the Korea Small Business Institute, the wages at small-sized workplaces (with 10 to 99 employees) are 57.2 percent of those at large workplaces (with more than 500 employees), compared to 83.8 percent in Japan in 2017. This wage gap mirrors the price and profit squeezing by the large monopsonist on small subcontractors in Korea.

The Korean cases indicate that the harm caused by monopsony goes beyond the ill protection of the monopsonist’s own workers: it reduces not only subcontractors’ incentive for innovation but also its own, and thus harms consumers. Furthermore, it squeezes the profits and the wages of small subcontractors.

Without appropriate regulation on monopsony in place, these subcontractors and their workers will be left alone against the powerful monopsonist.