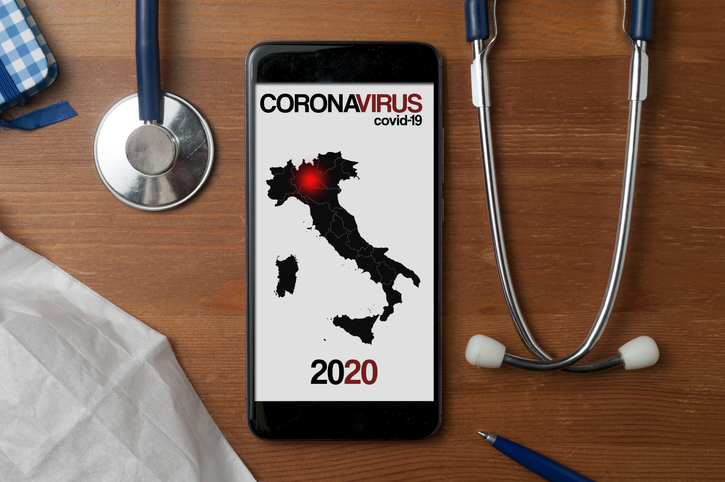 Carlo Favero
Carlo Favero holds a D.Phil. from Oxford University, where he was a member of the Oxford Econometrics Research Centre. He has been professor of Econometrics at Bocconi University from 1994 to 2001 and professor of Economics since 2002. In 2009 he joined the newly formed Dept of Finance at Bocconi University, where he teaches Financial Econometrics. He has published in scholarly journals on the econometric modelling of bond and stock prices, applied econometrics, monetary policy and time-series models for macroeconomics and finance. He is a research fellow of CEPR in the International Macroeconomics programme. He is president of the Innocenzo Gasparini Institute for the Economic Research at Bocconi University and a member of the scientific committee of the Centro Interuniversitario Italiano di Econometria (CIDE). He has been advisor to the Italian Ministry of Treasury for the construction of an econometric model of the Italian economy. He has been consulting the European Commission, the World Bank and the European Central Bank, on monetary policy and the monetary transmission mechanism and bond markets. He is member of the editorial board of the Bocconi Springer Series in Mathematics, Statistics, Finance and Economics.

According to an analysis by Bocconi University professor Carlo Favero, the number of people infected with the coronavirus in Lombardy, Northern Italy, is 120,000, while official figures put it at around 24,000. Hospitalizations will peak in the second week of April. With a fatality rate of 2 percent, casualties will still rise from the current 5,400 to 25,000. The alternative scenario, with no lockdown, would be much more dramatic, with a predicted cumulative toll of 160,000.

In a very interesting recent piece on ProMarket, Luigi Zingales applies a cost-benefit analysis to assess the tradeoff between minimizing the loss of human lives with lockdown measures and minimizing the restrictive impact that these measures have on the economy.

A precise assessment of this trade-off is of crucial importance. To this end, some questions on the dynamics of the virus need to be answered.

Crucial Questions Regarding the Virus’ Dynamics

What is the number of exposed and infectious subjects? What are the dynamics of hospitalization and when will it reach a peak? What is the mortality rate of the disease and how is it affected by intervention?

In this piece, I show how these questions can be answered by calibrating the baseline model of virus diffusion (the SEIR model) to the data from Lombardy, Italy.

Lombardy is an interesting case study not only because it is one of the regions in the world most dramatically affected by the disease but also because it had an institutional intervention in the form of a total lockdown, implemented on March 8th, and currently still active.

The simulation of the model is remarkably successful in tracking the dynamics of fatalities and hospitalized, two of the variables measured with the smaller error,  over time.

R₀ (the basic reproduction number, i.e. the number of secondary infections produced by each infected individual) is crucial: an intervention that brings R₀ from 2.3 (the average for COVID) to 0.95 brings the count of victims in Lombardy from 160,000 to 25,000 (out of a total population of 10 million).

The spreading of the disease has been discovered late in Lombardy and there is a strong underestimation of  Exposed, Infected, and Removed.

As doctors from a Bergamo Hospital, heroes to the Italian people, stated:  “This disaster could be averted only by a massive deployment of outreach services. Pandemic solutions are required for the entire population, not only for hospitals.”

Managing the lockdown removal carefully is crucial (historically, the second wave of viruses is the most lethal one).

How are these answers obtained?

These answers have been obtained by calibrating to data form Lombardy and simulating a standard model of virus diffusion, the SEIR (Susceptible, Exposed, Infected, Removed), which has been extensively used to track the effects of  Covid-19 in China Cina.

The version considered of the SEIR model simulates dynamics for 200 days (where day 1 is determined by the appearance of patient 1). The model has been calibrated to Lombardy data by:

Model SEIR (Susceptible, Exposed, Infectious and Removed) divides total population (N) into four groups: Susceptible, those not immune to the disease; Exposed, those currently in incubation; Infectious, those infective and currently circulating; and Removed, those no longer infectious due to isolation or immunity.

The dynamics of the four groups, which determine the diffusion of the virus, are governed by a few parameters.

The dynamics of Susceptible are only dependent on the daily outflows that are determined by the probability with which a Susceptible meets and Infectious, by the basic reproduction number, R₀, and by the duration in days with which a patient is contagious.

The dynamics of Exposed have a daily inflow, which coincides with the outflow from Susceptible, and an outflow which depends on the length of the incubation period.

Likewise, the inflow to Infectious is the outflow to Exposed, and the outflow from Infectious to Removed depends on the duration with which a patient is infectious.

A user-friendly version of the model produced using R-Shiny to create an interface with the R program that simulates the underlying model is here, where the interested reader can replicate the results contained in this piece and run her own preferred parameterizations.

Here is the choice of parameters in our simulation:

The lockdown is introduced in a model at the date in which the model-based mortality with the baseline Basic Reproduction Number of 2.2 generates the number of victims actually observed in Lombardy on March 8th, 2020, which is 113.

The Basic Reproduction number in the alternative scenario is chosen to match mortality observed two weeks after the intervention, which is 296. This procedure delivers a post-intervention R₀ of 0.95.

We report the simulation results by visualizing the dynamics of Exposed, Hospitalized, Fatalities, and Recovered: The main result of the simulation can be summarized as follows:

The Exposed are close to 120,000—a number much higher than the official figures, which stand at around 24,000. This number has reached a peak with the lockdown and is decreasing from then onwards

The dynamic of Hospitalization predicts a peak at around 15,000 cases, which will be reached 40 days after the intervention, in the second week of April 2020.

Please note that a 2 percent mortality rate, which is in line with the international data, predicts the dynamics of the data very well. A 2 percent rate is very different from the official figures, but those figures are obtained by dividing fatalities by the measured number of Exposed people in Lombardy, a figure that is grossly underestimating the model-based Exposed.

The simulation also has some positive news: the number of recovered people reaches400,000 two weeks after the intervention.

However, it is clear that the most crucial parameter is R₀: bringing it below 1 means a great achievement in saving lives. This clearly speaks for the importance of citizens abiding by the rules of the current lockdown, but it should also urge policymakers to devise exit strategies from the lockdown that will prevent the basic reproduction number to jump back to the initial pre-intervention level.

Toward this end, ideas like the widespread testing and targeted isolation supported by Paul Romer in a recent piece on ProMarket and the proposal made on VoxEU by Andrea Ichino et al., which involves gradually sending the young who face the lowest risks back to work on a voluntary basis, should be seriously considered.