Five Conditions for Corporations About to Receive Coronavirus Bailouts 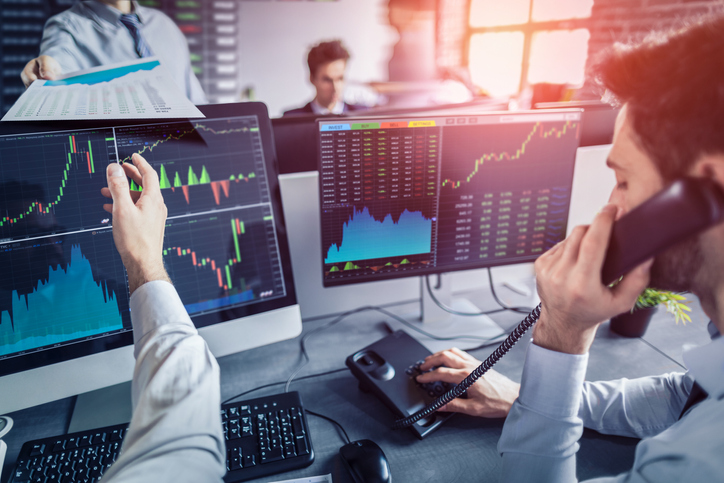 Wall Street and the Federal Reserve are getting ready for massive bailouts, so here are the conditions to put on large corporations who need cash from the government: 1) No bailouts for shareholders; 2) No more buybacks ever and no more dividends for five years; 3) Strict executive compensation limits; 4) No more lobbying and limits on public relations spending; 5) No more mergers and acquisitions for five years.

Wall Street and the Federal Reserve are getting ready for massive bailouts of the corporate sector. In some industries, like airlines, the aid will be direct. But in other areas, policymakers are using a code that is a bit obscure to normal people in an attempt to disguise what they are doing. So let me try to decipher how policymakers are talking about the coming bailouts.

Over the weekend, Treasury Secretary Steve Mnuchin mentioned resurrecting the Federal Reserve’s crisis-era authority. “Certain tools were taken away that I’m going to go back to Congress and ask for,” he said. He wasn’t specific, but the tool he means is Section 13(3) of the Federal Reserve Act, which is the provision that lets the Fed do emergency lending to anyone for any reason.

The Fed used this in 2008 to buy AIG, and through its ownership of AIG, send money to all of Wall Street. This was totally illegal; Congress is the only body that can authorize spending of taxpayer money, and the AIG deal took place before Congress passed the actual formal $700 billion bailout in October of 2008.

Technically the Fed isn’t supposed to be buying corporations, but short of being to unilaterally declare war, the Fed makes up the rules in a crisis. In 2016, a judge actually ruled that the Fed’s emergency lending was illegal, but also that there was nothing anyone could do about it.

During the negotiations over Dodd-Frank in 2010, Congress put limits on 13(3) which involved disclosures and other annoying constraints. These are probably what Mnuchin wants removed, so the Fed can go about its apolitical business of giving cash to powerful financiers and corporations. And then what’ll likely happen is that the Fed and Treasury will go to Congress later to ask them to authorize what they already did, and say that there will be a financial crisis if Congress doesn’t.

Is a Coronavirus Bailout Necessary? Yes.

I’m in favor of bailing out the corporate sector, just as I think it’s critical to make sure that small businesses are made whole for something that is far beyond any of our control. But the bailout cannot and should not simply flow into the sticky hands of financiers so they can buy more private jets after the crisis has passed.

Right now, the American corporate apparatus is designed as a sort of pass-through entity for financiers. For instance, Toys R’ Us became a mechanism for a private equity company to grab cash, and only incidentally a toy retailer. Any bailouts—particularly to large businesses—must be conditioned to stop these kinds of transfers.

It’s unlikely that most corporations could handle a shock like what they are experiencing, but our big businesses are particularly unsuited to do so now. For the last forty years, Wall Street thinned out the ability of our corporations to handle risk by loading them up with debt and encouraging mergers and offshoring. American corporations used to have little debt, as well as localized production facilities and responsible executives who understood production. It was a resilient system, able to handle swings in the economy. That is no longer the case.

Since William Simon and Michael Milken in the 1980s organized junk-bond-fueled takeovers, American finance has been organized around smashing our industrial systems for cash, and injecting hidden risk into American society. The lack of capacity to make our own medicine or masks is precisely a result of this hidden risk. As I wrote last July:

“The goal is to eliminate production in favor of scalable profitable things like brands, patents, and tax loopholes, because producers – engineers, artists, workers – are cost centers. Production can also be eliminated by fissuring the workplace, such as the mass move to offshore production to lower cost countries in the 1980s onward.

When I reported on the problem of financialization destroying our national security capacity, one of the manufacturers I talked to told me about how the “LBO boys”—or Leveraged Buy Out Boys— took apart factories in the midwest and shipped them to China.”

American corporations are run not to make things, but to enable financiers and CEOs to grab cash and hide risk. They do this through four different techniques. They use:

Fundamentally, mergers, buybacks, and excessive executive compensation are about stripping out resiliency in return for cash, and the lobbying is the political machine to protect the ability to do that.

So what to do? The answer is pretty simple.

Financialization and private equity are about loading up corporations with hidden risk. We cannot afford that anymore. So here are the conditions to put on large corporations who need cash from the government:

There are many details to think through. I have not thought through what it means to cram down equity holders when private equity predators own lots of the debt, so it’s critical to put real constraints on the kind of corporate control debt holders get out of the process. No asset stripping. And note that the same terms should not apply to small and medium-sized businesses, because they have not been subjected to the same load ’em up with debt style financial games.

Ok, so that’s the policy. Now, what about the politics? How do you operationalize this?

Time to Re-Form the Skeptic’s Caucus

Last week, Steve Mnuchin said that the current stock market crash is a great opportunity for investors. And at a certain point, it will be. That doesn’t change when it is public authorities that are the only ones with capital to deploy, it just becomes a question of how those public authorities will use their money printing and fiscal authority to structure our corporations.

In 2008-2009, President Bush and Obama had massive leverage, and used that leverage to make sure the corporate state remained under the thumb of financiers. After the crisis, private equity boomed yet again, and executive compensation, lobbying, buybacks, and mergers exploded.

This was sort of obvious at the time, and though everyone likes to dismiss Congress, it was in Congress that there was actual resistance. In September of 2008, Republicans and Democrats who didn’t like the bailouts formed what they called the “Skeptic’s Caucus.” It started with an invitation from Democratic members that went as follows, “Please come to a meeting of the Skeptics Caucus to discuss President Bush’s $700 billion bailout bill. One staffer may attend with you.”

The Skeptic’s Caucus was incoherent, because no one knew what was going on in the financial system. And ultimately Hank Paulson, Boehner, Pelosi, and Obama broke enough arms in their respective parties to get the bailouts passed.

Today it’s a different story. The shape of the crisis is obvious, and people are afraid less of corporate collapses than a deadly pandemic. In addition, there are a lot of people trained in the crisis who understand what is happening. So the solutions are easier to conceptualize. I hope members of Congress re-form the Skeptic’s Caucus, and offer the right way to do bailouts. Save the industries while stripping the financiers of their power.

To put it differently, Wall Street banks with total leverage showed no mercy in a negotiation, and offered zero interest in structuring a more sustainable and resilient society. And so we are where we are, stripped of competence in the midst of a pandemic.

This time, when the bailout comes, the Federal government should take the same posture towards Wall Street that Wall Street took towards us. And that’s what Congress should focus on.

Matt Stoller is the author of Goliath: The Hundred Year War Between Monopoly Power and Democracy and Director of Research at the newly-founded American Economic Liberties Project. This text originally appeared in BIG, Stoller’s newsletter on the politics of monopoly. You can subscribe here.

Share
Facebook
Twitter
Email
Previous articleThis Is Not the Time to Be Cautious. We Need to Contain the Economic Contagion of the Coronavirus
Next articlePopulism Weakened the Immune System of Our Democracies. Chile Is an Example