How to Restore Competition in Digital Advertising Markets and Protect Users 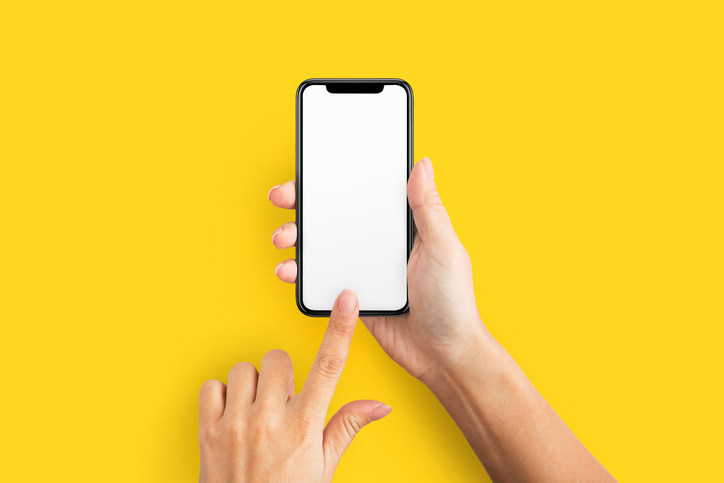 The UK’s Competition and Markets Authority is considering a range of interventions in digital advertising markets, among them obliging Google to share click and query data with rivals and imposing interoperability obligations on Facebook.

Editor’s note: This is the fifth post in a series on the status of competition in search, social media, and digital advertising markets. It explores the main preliminary findings of a large market study conducted by the CMA, as well as a December 2019 antitrust condemnation of Google in France for abusing its dominant position in the French market for digital ads. The rest of the series can be found here.

After a careful analysis, the British Competition and Markets Authority (CMA) concluded that Google and Facebook dominate many online markets, including search, social media, search advertisement, display advertising, and open display advertising. The agency also concluded that while some of this concentration is due to specific market failures, these companies’ dominance is also due to a series of artificial barriers to entry and expansion of competitors that “if addressed through appropriate remedies (…) could profitably sustain competition between a number of” players.

The CMA is considering a set of potential remedies to increase the competition in digital markets. First, the CMA agreed with the Furman Review and the Stigler Report that the importance of digital markets, the evidence of market abuses, and the high pace of innovation justify the establishment of a specific regulatory agency with the powers to oversee search, social networks, online advertising, and other digital markets. It advocated for the creation of such a regulator, whose main goal would be to spur competition by diminishing barriers to entry and tackling the sources of Google’s and Facebook’s market power.

Second, the CMA’s is considering imposing three types of remedies: (i) rules to govern how platforms with significant market power behave; (ii) rules to increase market transparency and increase consumer control over data; (iii) specific intervention to address the sources of market power and promote competition in online markets.

Regarding the first, the CMA is proposing that the digital regulator require platforms to adopt enforceable codes of conduct on platforms considered as having “Strategic Market Status.” Companies would be deemed to have strategic market status when they hold durable market power in a given market over a large period of time and when they are competitive bottlenecks on which other companies depend to reach users or other companies.

Each code would be particular to each platform and would be based on three principles: fair trading (the platform has to offer fair and equitable trading conditions), open choices (the platform cannot impose its services on users nor unduly restrict multi-homing and other similar practices), and trust and transparency (platforms must supply users and companies enough information for them to understand how the platform operates and how it impacts business. For example, it must report changes to algorithms in advance or better explain how it collects and processes user data).

Regarding transparency and control over data, the CMA is considering changes to enable consumers to disable personalized advertising even on social media platforms, change defaults against personalized advertising, oblige interface testing so that consumers can better understand privacy alternatives, and create data mobility obligations through which platforms would be required to enable data interoperability as a way to promote competition.

Finally, on the sources of market power, the CMA is considering a range of interventions. These include:

The CMA’s report is still an interim report, which means that the agency is now asking for feedback on its conclusions and outlined remedies. All of these potential remedies will be further developed by the CMA when it concludes its market investigation by July of this year. This will also be when one can expect more forceful action by the British regulator against the many problems it has found in the UK’s digital markets.

The CMA is still months away from more forceful intervention in online markets. The French Autorité de la Concurrence (AdC), however, is not. The AdC released a similar market study on the competitive conditions of French online advertising systems back in 2018, reaching largely similar conclusions that the market was controlled by Google and Facebook. Stakeholders highlighted a number of potential anticompetitive practices to the AdC, which promised to further investigate the workings of these markets in France.

On December 20th, the AdC condemned Google in €150 million for abuses in the French online advertising markets. In particular, in January 2015 a French company called Gibmedia filed an antitrust complaint against Google’s practices in its AdWords—a platform that enables small advertisers to acquire Google ad search results (among others).

Gibmedia published websites that supplied information about the weather, supplied telephone contacts and others, which French consumers had to pay a subscription fee to access. In a rough summary, Gibmedia claimed that Google had suspended Gibmedia’s AdWords’ account without any prior notice and in an unfair and discriminatory manner. In doing so, it blocked Gibmedia from announcing its products in Google’s search results (search advertising), third-party websites and apps in France (open display market), restricting its ability to obtain traffic and associated subscription revenue.

Google suspended the accounts by claiming that Gibmedia’s confusing charging systems led consumers to error and forced them to pay for services they did not want, a violation of Google’s terms of service.

The AdC refused Gibmedia’s request for an interim order in 2015. After a careful analysis, however, the AdC concluded that Google’s terms of service are confusing and obscure and give the company full discretion to interpret and modify its policies as it sees fit—many times adopting different standards for websites with similar issues.

The decision identified multiple instances in which Google arbitrarily used its powers to exclude websites, which the AdC claimed put businesses that rely on Google in an unstable legal and economic position. These included cases in which Google’s commercial teams instructed companies on their marketing strategies, something that did not prevent such companies from being suspended soon afterward for violating Google’s terms.

For the AdC, Google’s dominant position in search and search advertising (over 90 percent of market share in France), protected by very high barriers entry, impose on Google an obligation to define terms of service in an objective, transparent, and non-discriminatory nature. The AdC stressed that the lack of objective rules has hindered innovation, induced more investment in Google Ads, and apparently prevented the development of subscription models for websites, forcing them to rely on ads (and on Google) for funding. Finally, the decision stressed how Google has recurrently violated the competition laws of the EU, as exemplified by three condemnations by the European Commission.

This led to the imposition of a €150 million fine on Google and a requirement that it develops fair and objective terms of service. These terms of service should include at least two-month notices before changes to the terms, a clear system for account suspensions, and a clear procedure to alert, prevent, and detect violations of the terms so that suspensions are restricted to those strictly necessary and proportional to protect consumers.

Share
Facebook
Twitter
Email
Previous articlePaul Krugman on the Economic Impact of Coronavirus: “We Are Very Vulnerable, This Could Be Pretty Bad”
Next articleAmerican Oligarch: Michael Bloomberg Reveals His One Remaining Path to the Democratic Nomination