Why a New Digital Authority Is Necessary 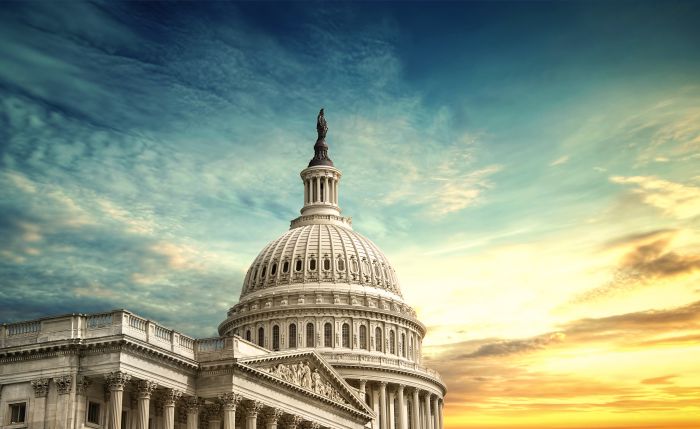 Fiona Scott Morton
Fiona M. Scott Morton is the Theodore Nierenberg Professor of Economics at the Yale University School of Management. Her area of academic research is empirical industrial organization, with a focus on empirical studies of competition. Her published articles range widely across industries, from magazines, to shipping, to pharmaceuticals, to internet retailing, and are published in leading economics journals. From 2011-12 Professor Scott Morton served as the Deputy Assistant Attorney General for Economics at the Antitrust Division of the U.S. Department of Justice, where she helped enforce the nation’s antitrust laws. At Yale SOM she teaches courses in the area of competitive strategy. She served as Associate Dean from 2007-10 and has won the School’s teaching award twice.

A recent Washington Post op-ed claimed that creating a digital authority to regulate Big Tech would be a disaster because of high costs and the risk of being captured by regulated companies. Fiona Scott Morton and Luigi Zingales defend the agency proposed by the Stigler Center’s report on digital platforms.

In his recent Washington Post op-ed, Neil Chilson claims that creating a new federal agency to regulate Big Tech would be a disaster. His argument is based on one potential cost, a cost that applies to every government agency: the risk that an agency might be captured by the very companies it is supposed to regulate. We agree that this cost is important. Not only do we address it in our report on antitrust, but the Stigler Center Committee on Digital Platforms had an entire subcommittee studying the political power of Big Tech and proposing solutions to weaken this power. The op-ed did not address those suggestions.

That notwithstanding, of course policymaking is about trading off costs and benefits. Chilson, like others who attack regulatory solutions by simply shouting “capture,” omits discussion of any potential benefits of regulation which makes the analysis inherently one-sided. For example, this logic would lead to the abolition of the Food and Drug Administration because it is likely captured to some degree by drug companies, and the Securities and Exchange Commission because it is captured by financial services . Should the government cease regulating the safety of drugs or the solvency of banks? Chilson’s argument, taken at face value, eliminates all government agencies.

Any serious analysis of regulation has to consider both the costs and the benefits. The piece provides no evidence or argument as to why a laissez-faire policy in the technology sector would be better than regulation. Fear-mongering against any form of regulation doesn’t really help society make this choice either. What we need is a thoughtful analysis of feasible policy options with arguments as to which imperfect solution will be best at restoring competition. What are the benefits of regulation compared to the status quo of doing nothing? The risk of doing nothing is growing by the week. Google and Facebook are quickly becoming monopolies in (respectively) search and social media, and they are already a very powerful duopoly in online advertising. A vast economic literature tells us that monopolies and duopolies hurt consumers, not only with higher prices, but also with reduced quality and less innovation.

The Digital Authority (DA) proposed in the Stigler Report has the primary goal of establishing competition in digital markets. The DA could establish standards for porting data from one competitor to another, for example, or establish interoperability standards, or a standard for micro-payments. The DA could also be empowered to enforce strong antitrust rules that prohibit serial acquisitions of nascent competitors or foreclosure against a complement or input supplier that threatens to disintermediate the platform. A regulator might be able to move faster than the courts, where antitrust cases routinely take many years from start to finish.

The digital revolution has brought us enormous benefits, which the report recognizes. Those benefits in no way prevent society from also wanting to limit the costs of digital business, including those Chilson recognizes, such as addiction. As a society, we have regulated new technologies repeatedly, from railroads to electricity to automobiles, in order to obtain the best from them while minimizing the costs.

For example, society could adopt cars with no regulations at all, but we all gain more from the existence of cars by regulating them through traffic laws, driving licenses, car safety, and so forth. To continue enjoying the benefits of digital platforms while minimizing the negative side effects, we need to have a better understanding of the way these companies operate. Unfortunately, these studies are extremely difficult to carry out because Google and Facebook control the relevant data and they share it only with friendly researchers. An attempt by Facebook to share data with an independent set of researchers just failed. This is the main reason why the Stigler Center’s report advocated the creation of a digital authority with the power to analyze proprietary data.

To avoid the legitimate concern raised by Chilson, the Stigler Center proposal suggests, as one option, that the Digital Authority be placed inside the Federal Trade Commission (FTC), an agency even Chilson appreciates, having worked there. Rotating FTC staff between consumer protection, antitrust, and digital authority could create useful synergies and expertise and minimize the risk that DA employees will be captured by industry. More stringent restrictions to revolving doors would help minimize this risk.

Equally important but also omitted from his discussion, is that the quality of the product media companies like Google and Facebook  produce is not relevant only for the welfare of consumers, but for the welfare of our democracy. Would Chilson advocate against a rule to force disclosure of online political ads paid for by foreign powers? Would he feel good if the entire social media market (with the corresponding flow of information) was monopolized by TikTok, a Chinese social media company subjected to the censorship of the Chinese Communist Party? If not, it is important to realize that any helpful step to protect citizens in this area requires a regulator.

In spite of the comprehensive nature of the Stigler Center’s analysis (more than 300 pages), its proposals can certainly be improved, as can most policy ideas. We are open to a constructive debate on this topic. While the regulatory capture that is the theme of Chilson’s op-ed is a valid concern, any serious policy discussion has to set it against other alternatives or explain why doing nothing is yet preferable. What we need is  smart analysis that balances the costs and benefits of creative and feasible policy options that will  restore competition in the US economy.