The Harvard Admission Lawsuit Decision Does Not Answer the Main Question: What Are Top Universities For? 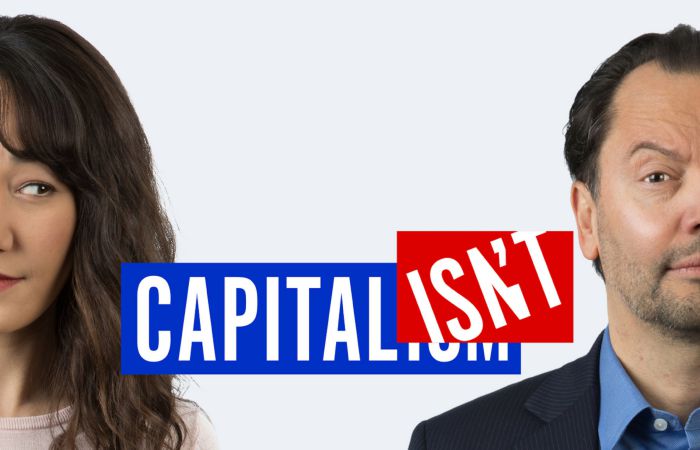 A judge ruled this month that Harvard does not discriminate against Asian-American applicants, according to its own criteria. But what kind of students do those criteria select? Kate Waldock and Luigi Zingales discuss the Harvard case in a new episode of Capitalisn’t.

In the Netflix show The Politician, high school student Payton Hobart has a very clear project: to become President of the United States. Therefore, he wants to go to Harvard. Despite being one of the best students in his school, his application is rejected. However, Harvard officials offer Payton an opportunity to reverse the decision: A big donation might help them view his application more favorably.

Surprising detail: The Politician was filmed before the breakout of the “Varsity Blues” scandal, in which wealthy parents were arrested for paying hundreds of thousands of dollars in bribes to get their children into some of America’s most selective colleges and universities.

Payton Hobart is a stereotypical WASP boy. What if he was an affluent Asian-American? Race has no impact on legacy students’ admission rates at Harvard: This is only one of the surprising findings of a five-year-long lawsuit on alleged racial bias in Harvard’s admission policies. A few weeks ago, federal judge Allison Burroughs concluded that Harvard’s undergraduate program does not intentionally discriminate against Asian-Americans. Both the plaintiffs and the defendant provided sound economic analysis to support their position, and the judicial battle also became an academic duel.

The plaintiff, Students for Fair Admissions, filed a notice of appeal to the United States First Circuit Court of Appeals, and the economic debate is far from over. Luigi Zingales and Kate Waldock discuss the Harvard case and its broad implications in a new episode of Capitalisn’t, their podcast about what works (and, more importantly, what doesn’t work) in capitalism today. Zingales is a professor at the University of Chicago Booth School of Business and one of the editors of this blog. Waldock is an assistant professor at Georgetown and a Harvard alumna. When she applied to Harvard, she recalls during the episode, she did not mention being half-Asian.

The Netflix show, the Varsity Blues scandal, and the ruling on Harvard’s admission process do not help answer a crucial question: What are the top US universities for? Or, using economics jargon, which function are they maximizing? Is their mission to identify the students who are most likely (as predicted by algorithms and acceptance committees) to become the future global elite? Or should they pick talents who best fit with the university’s values and cultural ambitions, regardless of their economic and racial background?

The college admissions scandal revealed that for many affluent families, a degree from Yale or Stanford can be just as important as noble titles were for industrial tycoons centuries years ago. Having a child enrolled in an Ivy League university is an expensive yet valuable signal of social accomplishment, even more so for the parents than for the kids themselves.

Even though Harvard and other top universities are private institutions, public concern regarding their admission policies is legitimate because they are heavily subsidized by the federal government. Public and private colleges and universities collectively hold over $500 billion in endowment wealth whose returns are tax-exempted. This fiscal benefit is particularly significant for the top 23 institutions, which together hold half of the total endowment wealth.

Students for Fair Admissions is a non-profit association that claims to represent more than 20,000 unnamed “students, parents and others who believe that racial classifications and preferences in college admissions are unfair, unnecessary, and unconstitutional.” The association is led by a well-known conservative activist, Edward Blum,  who has been trying for more than a decade to reverse the prevalent orientation of the Supreme Court on affirmative action policies. He thinks that race should have no role in public life, in contrast with the Supreme Court’s landmark 1978 ruling in Regents of the University of California v. Bakke. As Burroughs notes in her ruling,”it was understood that Justice Powell’s opinion in Bakke permitted the use of race or ethnic background as a ‘plus’ factor to further the goal of diversity in education.”

Whether this battle will end with less or more discrimination against disadvantaged students is still to be determined, though a certain degree of skepticism is more than legitimate.

However, Harvard does not officially have in place any form of explicit affirmative action. The mission of Harvard College, according to its website, is simply “to educate the citizens and citizen-leaders for our society. We do this through our commitment to the transformative power of a liberal arts and sciences education.” Harvard pursues a certain kind of diversity within its classes, which Students for Fair Admissions do not contest; instead, the organization argues that the emphasis should be based on economic diversity rather than race.

The demand for a Harvard education is far bigger than the supply. Unfortunately, objective parameters and meritocracy are not helpful in selecting prospective students. There were approximately 350,000 applications for admission to the class of 2019. Harvard admitted only about 2,000, based on the expectation that 80 percent of the admitted students actually matriculate. Among the applicants for that class, approximately 2,700 had a perfect verbal SAT score, 3,400 had perfect math SAT scores, and more than 8,000 had perfect GPAs.

Random selection among such an outstanding group of candidates might be an option. However, Harvard prefers a combination of objective and subjective parameters, such as “personal ratings” based also on non-academic skills, sports achievements, social skills, and letters of recommendation. The final results are far less scientific and objective than students think. As Judge Burroughs states, “Harvard does not decide which applicants to admit based on any formula.”

One of the reasons the court ruled in favor of Harvard is that, by including the ALDC students in the analysis, Asian-American applicants do not look as disadvantaged. If we do not consider the ALDCs, however, the opposite is true. Harvard presented a report by a respected economist, Berkeley professor David Card. Students for Fair Admissions had an equally respected expert on their side, Duke University Professor Peter Arcidiacono.

As Judge Burroughs summarizes, the two econometric analyses differ on many substantial details: 1) Arcidiacono interacts race and disadvantaged status; 2) Arcidiacono excludes the personal rating from the model  3) Arcidiacono excludes ALDC applicants; 4) Arcidiacono pooled the 2014–2019 applicant data into a single model with effects for class years, whereas Card used separate year-by-year models and thereby allowed the effect of variables to vary by admissions cycle; and 5) Arcidiacono excludes parental occupation, intended career, and an indicator for whether applicants interviewed with a staff member.

The judge decided that one econometric approach was better than the other. Economists could debate what “better” means, but even if Harvard does not discriminate according to its parameters, it remains disputable whether those parameters are consistent with Harvard’s mission. “If personal ratings were awarded in racially discriminatory ways, it would be inappropriate to appeal to them to explain disparities in admissions. Likewise, if personal ratings bear little relation to legitimate educational goals, then differences in admissions rate should not be justified by differences in the ratings,” Andre Gelman, Sharad Goel, and Daniel Ho wrote in the Boston Review.

Harvard and other elite universities invest an enormous effort in defending their not-so objective admission parameters. A much smaller effort is dedicated to explaining how a competitive and meritocratic process can co-exist with legacy students, dean’s lists, recruited athletes, and other forms of what actually results in an undeclared “affirmative action” in favor of mainly white and wealthy applicants.

Last May, Chicago Booth’s Initiative on Global Markets surveyed a panel of experts on legacy students. A substantial majority of respondents—nearly 90 percent, weighted by their confidence in their responses—believe that applicants with greater academic potential are being crowded out by the legacy system.

In the final pages of her ruling, Judge Burroughs quotes the late Toni Morrison: “Race is the least reliable information you can have about someone. It is real information, but it tells you next to nothing.” On the contrary, the name and wealth of applicants’ families provide much more reliable information on who the student is and what kind of benefits (or donations) the university can expect following his or her enrollment.

After decades of discrimination, all the major US universities decided that talent was too important to be shadowed by racial prejudices and that diversity is an asset for every human organization, especially for an education-oriented institution. It is time to face the real problem that the Harvard lawsuit revealed: World-class universities are still too biased in favor of rich kids whose main talent is their family’s network and wealth.